Butterbeer Lip Balm, Get On My Face 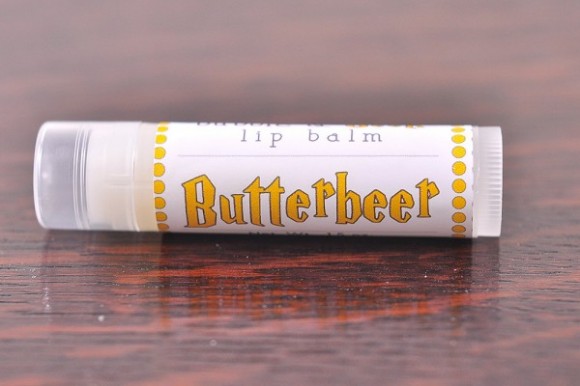 Cathy’s shop over at Bubble & Geek hosts a large number of fragrant and/or wax-based items, from candles to lotion to perfume based on ideas from Harry Potter, Doctor Who, Game of Thrones, video games, and more. Her lip balm flavors include Portal‘s black forest cake and jammie dodgers, but frankly, the idea of Butterbeer lip balm is most pleasing to me at the moment.