Oh Look, Mike Pence Did That Thing He Said Clinton Couldn’t Be President for Doing 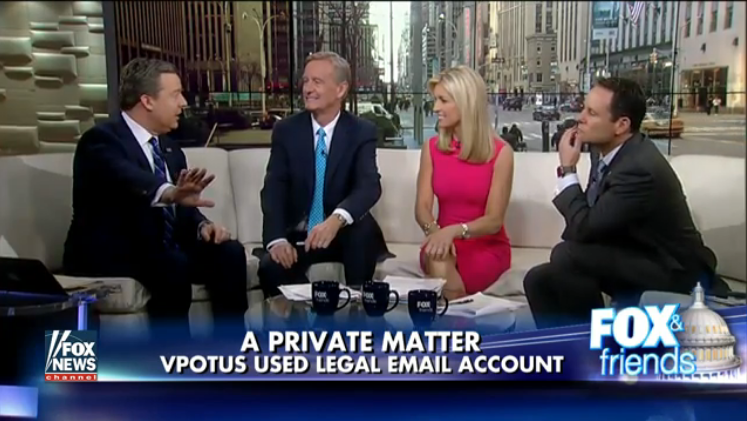 Remember when a ranting, misogynistic, opportunistic bigot ran for President, and everyone was like “okay, but her emails”?

Remember how Hillary Clinton was one of the most experienced, qualified candidates to ever run for President, and her opponent had literally no political experience ever and the world still cried “the lesser of two evils!” because “EMAILS!”

And remember how Mike Pence and Donald Trump supported the investigation into her private email server because they believed this issue was crucial to the care and safety of the American people?

.@realDonaldTrump and I commend the FBI for reopening an investigation into Clinton’s personal email server because no one is above the law.

That’s right, no one is above the law. Point well made, Mike Pence. So when it was revealed this week that Pence himself used a private email account to conduct official state business when he was Governor of Indiana, he should have been first in line to lead his own investigation, right? Nope.

I’m sure this will be a *huge* shock, but instead, those who criticized Clinton’s actions are quick to try to find differences between the two situations.

And there are differences, sure. Clinton used a private email server, while Pence used a private email account–an AOL account, by the way, just in case you were wondering who’s keeping them in business. And sure, Clinton deleted emails, which no one in the history of ever has done, and which people are still holding onto, even thought the FBI has investigated this issue and then been investigated on their investigation.

But let’s make sure to note all the differences here, right? Like the fact that Pence’s account, unlike Clinton’s, was HACKED. An account he used to discuss incredibly sensitive state issues. Via the Indianapolis Star,

Pence communicated via his personal AOL account with top advisers on topics ranging from security gates at the governor’s residence to the state’s response to terror attacks across the globe. In one email, Pence’s top state homeland security adviser relayed an update from the FBI regarding the arrests of several men on federal terror-related charges.

As the Star points out, this is super dangerous because “personal accounts like Pence’s are typically less secure than government email accounts.” Sure does put that private server into perspective, doesn’t it?

Looking into Clinton’s email server wasn’t necessarily a terrible move. Declaring it worthy of losing an election after having been investigated, maybe not so much.

But as Mike Pence told us, “no one is above the law,” not even a former Secretary of State or a Presidential candidate or, say, a Vice President who when trying to drag his party’s opponent could easily have said, “hey, I did this too, but I’ve learned my lesson and it’s still worth looking into” but instead chose to go full hypocrisy mode and ignore his own potential wrongdoings, which, again, ENDED UP GETTING HACKED JUST LAST SUMMER. The hacker sent phishing emails to Pence’s contacts saying he was stranded in the Philippines and needed money.

But sure, Mike Pence, tell us more about her emails.

(via Indy Star, image via screengrab)