"I’m a woman in this industry who wrote a very personal book ... and the headlines were all about a man.” 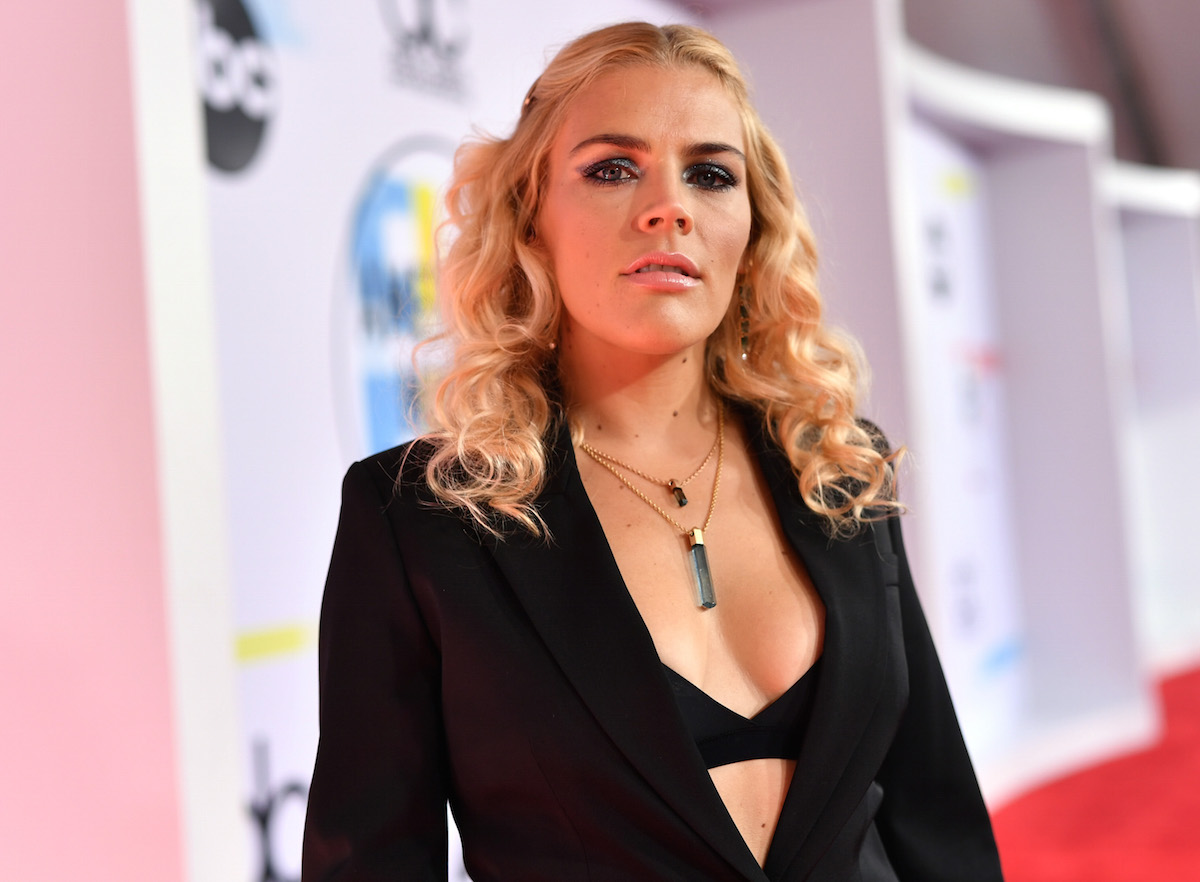 Busy Philipps is currently in the middle of a publicity tour for her new book, This Will Only Hurt a Little. The book is a memoir spanning Philipps’ career from shows like Freaks & Geeks and Cougar Town to her more recent Instagram fame. But it’s her story about James Franco that has dominated media coverage during the tour.

Earlier this month, an excerpt from the book got picked up by a number of outlets in which Philipps says she was once attacked by Franco on the set of Freaks and Geeks. During one scene, Philipps says she was directed to hit Franco in the chest–something fans of the show know her character did a lot. During this scene, Franco reacted horribly. “He grabbed both my arms and screamed in my face, ‘DON’T EVER TOUCH ME AGAIN!’” she writes. “And he threw me to the ground. Flat on my back. Wind knocked out of me.”

On last night’s Watch What Happens Live, she said she was surprised by how much attention that story got. She says she wrote so many personal stories in the book, and that she knew some of them would be pulled for headlines, but that she “naively” didn’t think this would be one of them. Especially since she’s shared this story before. In fact, she told the story on the same show two years ago, and in a much more clickbaity context. When asked who the most difficult actor is that she’s ever worked with, she said Franco, sharing the story and making it clear that while they get along now, they hated each other when they were 19 and working on the show.

Philipps isn’t just surprised that the excerpt got attention, she’s disappointed that it’s become the central story of her publicity tour, on which she’s promoting not just her book, but her upcoming talk show, Busy Tonight. But the Franco story has been overshadowing both those things.

She said as much on Instagram recently, calling out The Hollywood Reporter for their coverage. They interviewed Philipps about her book and her show, but initially led with a “clickbait headline” about Franco, which they’ve since changed. “On that note, my book is 308 pages, not one paragraph,” she writes. “The Franco story is used to illustrate a larger point about the way women are treated in this business and in life. There are no ‘allegations’ and no ‘accusations’. It’s a story that I have been telling for years. James apologized. I accepted. And I still get to tell it because it fucking happened to me.”

I sat with the @hollywoodreporter last week to discuss my book This Will Only Hurt A Little and my new late night talk show @busytonighttv and the link is in my profile if you care to read. They initially had a clickbait headline that’s now been changed and I’m glad for that. On that note, my book is 308 pages, not one paragraph. The Franco story is used to illustrate a larger point about the way women are treated in this business and in life. There are no “allegations” and no “accusations”. It’s a story that I have been telling for years. James apologized. I accepted. And I still get to tell it because it fucking happened to me. Here’s a quote from the Hollywood Reporter article, “In the book, you get into how James Franco was difficult to work with on the set of Freaks and Geeks. Busy: It wasn’t even outrageous. At the time, 19 and with my first professional acting job, I was under the impression that this was just the way things were. James and I have talked about it over the years. At one point he apologized to me. I was always acutely aware of my expendability, and so I felt I needed to never complain, always show up on time and not be difficult. If someone else was being difficult, it was my job to be the easy one or figure out a way to soothe the situation.” Sending you light and love, bbs. ❤️ Also. The pictures are REALLY PRETTY.❤️

It is unfortunate that the Franco story has dominated her press tour. But it’s also not surprising that the story got more attention than it did two years ago. Our social response to stories like this are different, and that’s a good thing. Even the way Philips herself told the story is totally different.

In 2016, she was laughing when she told Andy Cohen about her experience with Franco, which was framed as just a story that happened to her. In the book, as she said on Instagram, it’s an example of “the way women are treated in this business and in life.” That sort of story should get attention. It should always have gotten this much attention.

It’s still upsetting that, as Philipps told Cohen, “I’m a woman in this industry who wrote a very personal book about my experiences in life and in this industry and the headlines were all about a man.” It’s disappointing because, “I was like, that was my point the whole time,” giving us a snake that, by design, has to eat its own tail. That was the point in telling the story, so the issue needs to get attention, and Franco, being a famous man who, according to Philipps, acted atrociously, does need to be in those headlines.

Is it inevitable that in giving women’s stories the attention and weight they’ve always deserved, we also have to center the men whose behavior is being called out? The point of Philipps’ story was that she didn’t feel she could complain or speak out, but there’s also the important point of men like Franco never being held accountable for their destructive behavior. Those power dynamics need to have a light shone on them, but it’s still infuriating that in doing so, men manage to remain at the center of women’s stories.