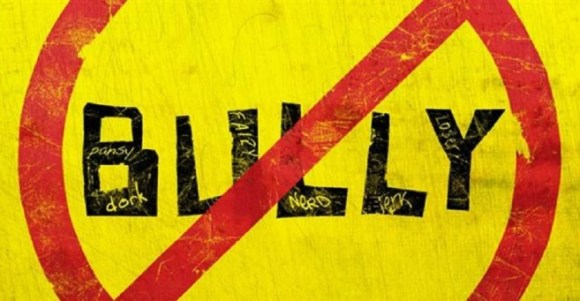 So, Harvey Weinstein and the filmmakers behind the documentary Bully have lost their appeal to the MPAA to get their movie a PG-13 rating so their target audience can actually see it. Rather than take the R — guaranteeing that theaters will show the movie, but not allowing the kids who need to see it in to see it — it was decided to release it unrated, meaning that technically, there are no audience restrictions. But now this raises a new question: Will theaters even let kids in?

As it turns out, the vote was very close — only one vote kept Bully from a PG-13 rating, meaning that the MPAA was clearly torn on the issue of who should be able to see this movie and what constitutes inappropriate content for teenagers. This, even though the “inappropriate content” — one scene in which a hurricane of profanities are hurled at a bullied child — is not only said by a teenager, but was unscripted. (Meanwhile, The Hunger Games, a movie about children the same age actually, physically killing each other on television for the government, broke box office records with its own PG-13 rating.)

That kind of context might be what gets theaters on the filmmakers’ side. No doubt that there will be talk among movie theater employees about who will be able to buy a ticket for this unrated movie, and considering the subject matter (and lack of violent or sexual content), there’s a good chance that kids will be allowed in. Then again, there could be plenty of by-the-book theater managers and box office workers who simply will not let kids into a movie that has caused such a firestorm.

However, the Bully filmmakers seem to be optimistic about theaters making the right decision. From a press release containing the announcement:

“The kids and families in this film are true heroes, and we believe theater owners everywhere will step up and do what’s right for the benefit of all of the children out there who have been bullied or may have otherwise become bullies themselves. We’re working to do everything we can to make this film available to as many parents, teachers and students across the country,” said TWC President of Marketing Stephen Bruno.

At least from the perspective of someone who is on the internet a lot, it looks like there is more support and less push-back concerning the issue of letting kids see Bully. Thousands of people (almost half a million, according to the press release), including some high-profile people, have signed and spread the word about student Katy Butler‘s petition to change the rating, emphasizing the message that this is a movie that kids simply need to see. It seems like the only people who didn’t want to change the rating were part of the MPAA. And even they had no objections to the movie itself; just the one scene.

In the MPAA’s defense, they were merely following the guidelines that they, themselves, set up for all movies and their content in the interest of protecting young audience members while preserving the work of filmmakers, avoiding censorship. But clearly, their guidelines are not one-size-fits-all.