Into every generation, a slayer is canceled. 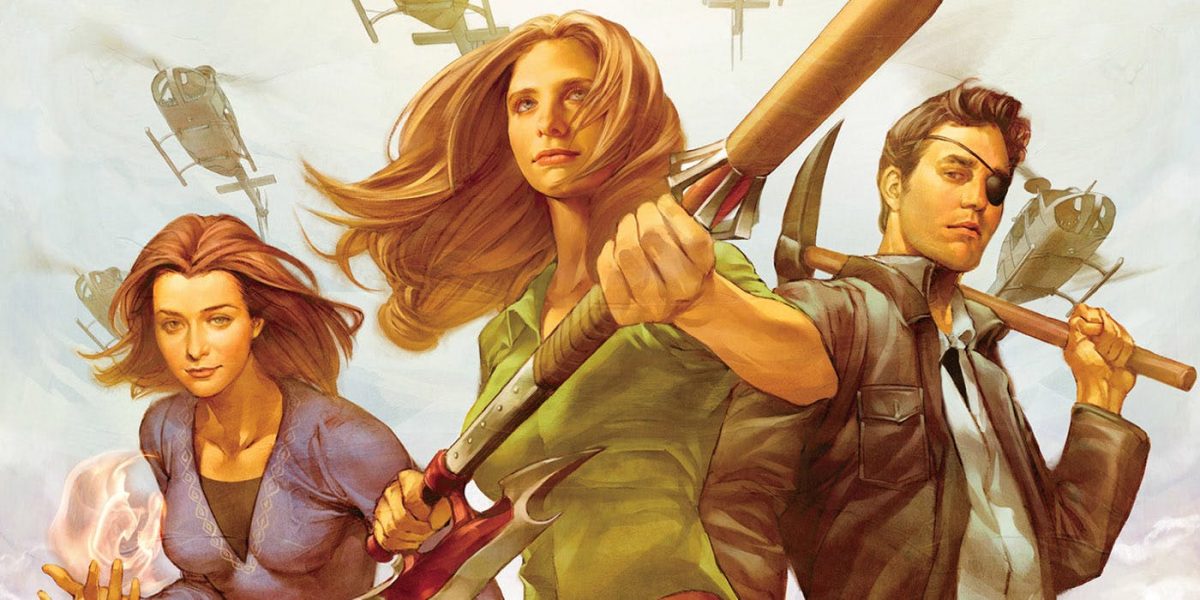 After four seasons and several spin-offs, Dark Horse’s Buffy the Vampire Slayer series is coming to an end. In an interview with Comic Book Resources, Joss Whedon confirmed that the run was ending as the rights to the franchise revert back to Fox. Fox, as it has previously been announced, is rebooting/continuing the series which will be written by Monica Owusu-Breen.

In the interview, Whedon said of the final season of the comics:

Similar to the show, we’re not going to close it all off in the sense of “Everybody’s dead!” Though we did think about doing that. [Laughter] But when I sat with Chris Gage, it was with the intent that after everything we’ve been through we wanted to have something to say that mirrors and rounds off where we started this comic [run]. And then they said, “You have four issues,” and it was like “Ohhhh. That’s all the time we have.”

So we dealt with a lot of things in small panels, and I don’t know if I fit it all in, but it was very important to try. We made sure that the journey wasn’t continuing. We wanted to give the Dark Horse era some closure. What they’ve done over the years with Scott Allie and Sierra Hahn, and everyone there has put their souls into this. The artists like Georges [Jeanty] and everyone were such a perfect match. It’s been a great combination, so it couldn’t just end.

After ending its run in 2003, fans of BtVS thought they had seen the last of their favorite vampire slayer. There were several spin-off comics and one-shots, including the 2003 limited series Fray, which followed the adventures of 23rd century slayer Melaka Fray. But in the spring of 2007, Joss Whedon returned to the franchise to write and oversee a comics version of season 8 of the iconic series. Not only had Joss returned, but he brought with him several members of the original Buffy writing staff, including Jane Espenson, Drew Goddard, Steven S. DeKnight, Drew Z. Greenberg and more.

With the original writers at the helm, the Dark Horse series maintained the same voice as the television series, making the comics feel like an authentic continuation of the series and canon. In the comics adaptation, the writers could vastly expand the universe beyond the limits of a traditional television series budget. The comics also allowed for more mature storylines that wouldn’t have flown on the WB, such as Buffy’s tryst with fellow slayer Satsu, Willow’s magical affair with snake demon woman Aluwyn, or Andrew’s long-awaited coming out. It also saw the return of dead fan favorites like Anya, Jonathan and Harmony.

The series also explored Buffy maturing into her 20’s, and struggling to find a place for herself in a world. We see her struggling with student loans, working as a barista, and even dealing with a pregnancy scare. The series also explored the growing pains of the other Scoobies, like Xander and Dawn’s on-again off-again relationship, and Willow coping with the loss of magic.

While the series sometimes went off the rails (Hello, Centaur Dawn), it was always in my pull list, as was its sister series Angel & Faith. I’ll miss the gorgeous artwork by Georges Jeanty, Rebekah Isaacs, and more, as well as the invaluable work from writer Christos Gage. Here’s hoping we haven’t seen the last of the original Scoobies and Buffy Summers.