Buckyball With LED Animation is a Great Christmas Decoration for Geeks 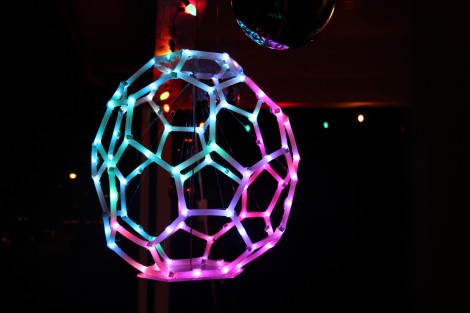 Who needs a star or an angel for the top of their tree when you can have a buckyball with animated LEDs. Actually, forget the tree, this thing is cool enough on its own. Also, it’s kind of big for a tree topper. The buckyball was made by a fellow known only as Tim, and is comprised primarily of hot glue gun sticks, about 90 of them. There are also, a bunch of LED controllers involved as well, and if you make them according to Tim’s specifications, they’re pretty cheap at about a dollar a piece, a small price to pay for cool LED animation.