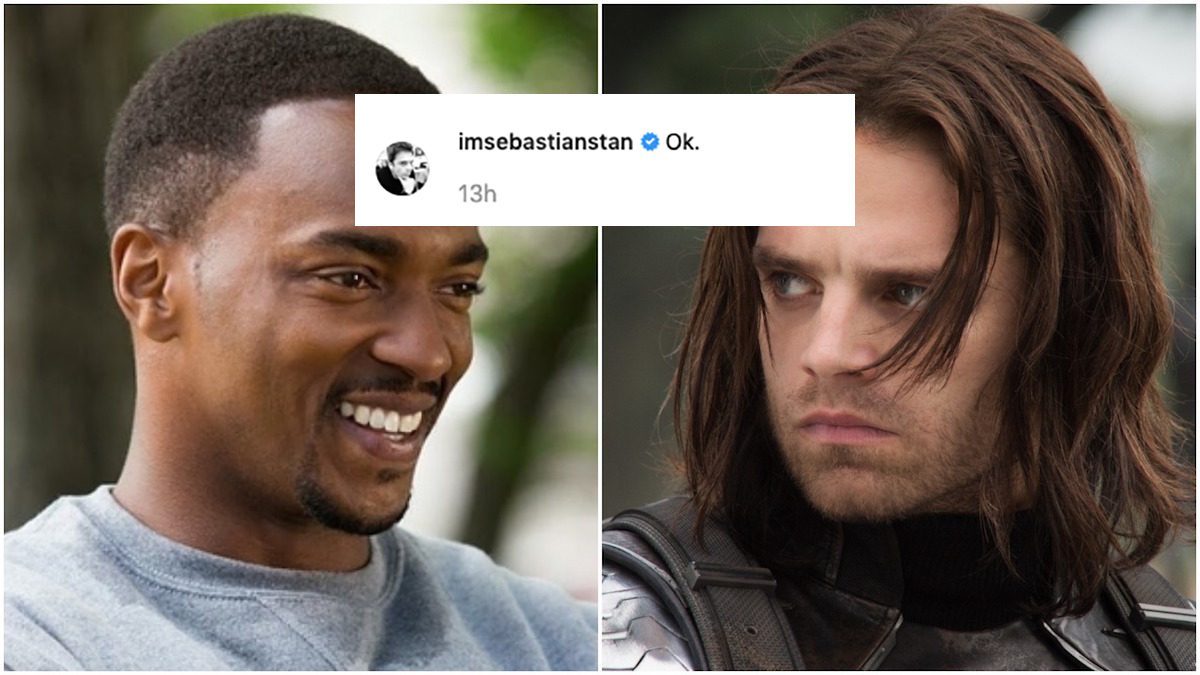 Some of us get breakup bangs, some of us just wear sweatpants, but for Bucky Barnes, he rebounds in the best possible way: with a brand new look and leather jacket! Breakups are hard, and when your best friend decides to take Tony Stark’s advice too literally, you sometimes have to snap back (no pun intended) in whatever way you can. For Bucky Barnes, that’s apparently taking it back to his roots and getting his short hair look back as he and Sam Wilson take on their latest foes together.

We know the bare minimum about Marvel’s The Falcon and the Winter Soldier series eventually coming to Disney+, and that’s actually fine by me. The show is the first time we’ll see both Sam Wilson and Bucky Barnes, post-Steve Rogers, going rogue and pretending like Agent Carter isn’t a show that exists in the Marvel canon. But it also provides an interesting look at these characters that the films never really had the chance to.

Still, the first look at set pictures from The Falcon and the Winter Soldier from JustJared has me (and the rest of the Bucky stans) screaming on Twitter because he went from a man-bun-wearing goat farmer to a man you would most definitely think about for years to come. I mean, a leather jacket??? Went from a Forever 21 bomber for a funeral to a man ready to walk a runway. I love it.

From long hair beard to going back 1940s Bucky Barnes look reclaiming himself this transformation of James Barnes must be included in #TFATWS he just can’t show up short hair clean shaved pic.twitter.com/3mJr6ll07g

To be quite frank with everyone, this is all I’ve wanted for years. My favorite Bucky has always been 1940s James Buchanan Barnes, and the fact that they almost cut his hair for Captain America: Civil War and then decided against it has been a thorn in my side for years.

Now though, The Falcon and the Winter Soldier is giving me everything I’ve ever wanted and more, and I truly can’t wait to see what storyline they bring to life in the series. For so long, we’ve watched as Sam Wilson and Bucky Barnes were side characters to Steve Rogers, and now their time is here, and it’s a great day to be a Bucky Barnes stan.