Bryan Singer On Why He Made X-Men: Days of Future Past, Scarlet Witch, And James Cameron’s Time Travel Approval 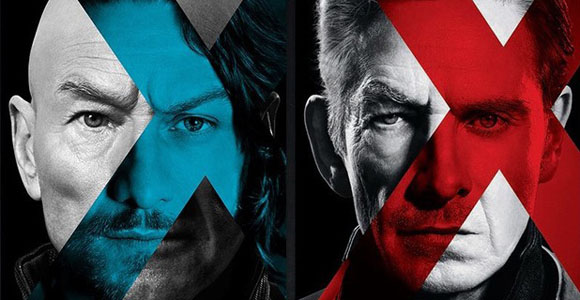 Bryan Singer’s X-Men: Days of Future Past is highly-anticipated in these neck of the woods. Though many are still wondering how all this time travel nonsense is going to affect the overall X-Men film franchise. Hear what Singer had to say about the new and old cast members, time travel, and a sort-of answer as to whether or not Scarlet Witch is in the movie.

Den of Geek and a group of other journalists spoke with the director during a set visit last summer. Lots of topics were covered but most importantly perhaps was his answer to why he decided to make the film, and make it the way he did.

“Originally it began with a discussion Matthew Vaughn and I had, where we felt that although fans love seeing new characters, they also love the familiar,” said Singer. “So it was a way to make it special, and do a movie that isn’t a sequel or prequel, but what I call an interquel. And Days Of Future Past’s framework was a really great jumping-off point, because it’s such a great book.”

He also revealed the time travel aspect to the Days of Future Past story is really what sold him on the idea.

“To me, that’s the thing that made it more appealing than just doing a sequel. It is somewhat a science fiction movie and a time travel movie, which I’ve never done before – it’s a new thing, as opposed to another X-Men picture. That part is challenging and kind of fun. The key is making something where the past and the future can intertwine, and there’s a logic to it. You get into a lot of stuff with that.”

He continued, “I thought I’d cracked it. I was talking to James Cameron in New Zealand, and I pitched it to him – I was at Peter Jackson’s party. It was a real trip, one of the most fun conversations I’ve had in years. And he was really into it – he’d done time travel in The Terminator, so I said, “Okay, here’s what I want to do with time travel”, and I pitched the thing, and he seemed to approve. He gave me all the physics behind it. So yeah, it’s trying to create a time travel film with integrity.”

And about his activity and exclusive movie reveals on Twitter?

“I’m not very big into social media, but I made a promise that if I ever did another film with a pre-existing fan base, that I would do Twitter. Because I feel that there’s always  a lot of chatter about a movie you’re making, and it’s always nice to be able to share something and connect with the fans. I do all the tweets myself, which is why they’re sometimes misspelled and a bit stupid,” he said. “It’s also a way to reassure people and take a bit of control of your press.”

Finally, we’ve been curious as to the inclusion of Marvel character Scarlet Witch in the film considering her twin brother, Quicksilver, has a role. We’ve seen a photo which may or may not be a younger Wanda but when asked directed if she’s in the film, Singer replied: “There may be a reference, but no, no.”

So there you go. Head over to Den of Geek for a whole lot more.