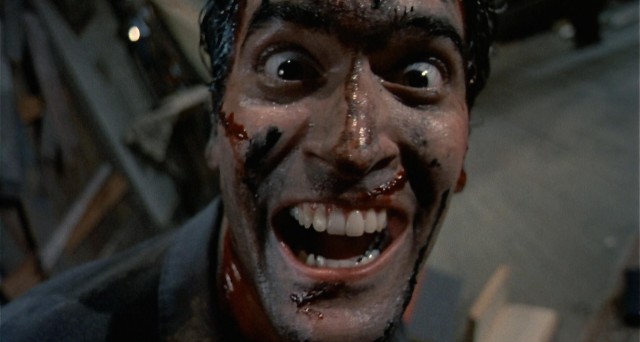 Evil Dead is coming back again, but this isn’t going to be a quick cash-in remake. The movie series is getting a true continuation on TV in Ash Vs. Evil Dead with its original characters, creators, and even iconic star Bruce Campbell, and he’s got a lot to say about why this new show is the “real deal” that fans have been waiting for.

Speaking to EW, Campbell explained that the series will be true Evil Dead through and through. So if you’re into the originals, the new show should be all that you could hope for:

The fans have been really good to us over the years. This is an opportunity to do something with full street cred. [Fan reaction to last year’s Evil Dead remake] was all, “Yeah yeah, that was nice, fellas, but we still want the real deal.” This is it. Sam’s back. I’m back. [Executive producer Rob Tapert’s] back. Love it or hate it, this will be the real deal.

And though he mentioned that the show will bring back the slapstick nature of its source material, modern horror popularity will allow the gore to really fly:

Well, The Walking Dead has been instrumental in the continual popularization of the horror genre. Horror used to be a much smaller aspect of all the different genres available. Something we’re doing is taking the horror parts very seriously. We’re not making fun of the horror aspects. And it’s going to cause Ash—this crabby middle-aged man who doesn’t want to get dragged back into this—a lot of problems. He’s not the Ash he used to be.

But Ash won’t have to go it alone, although Campbell says he’s already trying to physically prepare himself for everything that’s likely to get thrown his way on-screen. He also talked about the two younger companions who will be along for the ride on Ash’s bogus journey:

Since it’s not cast yet, it would be silly to fully describe them. But they’re supposed to be two very good counterparts. One is a male-bonding situation; the other is father-figure deal, since Ash could have a daughter the same age as this character. Hopefully we’ll pull Ash out of his loner-veteran mode and get him back into being a human being again.

Campbell also made sure to point out that Evil Dead creator Sam Raimi will be fairly involved in the show—after directing the first episode—considering how busy he is, and he’ll make sure everyone else involved knows how to capture the Necronomicon-fueled magic of the originals. He added that Starz, the TV network behind the show, has mostly been happy to get out of the creative team’s way and let them give the fans what they want.

And come on. They know what we want.