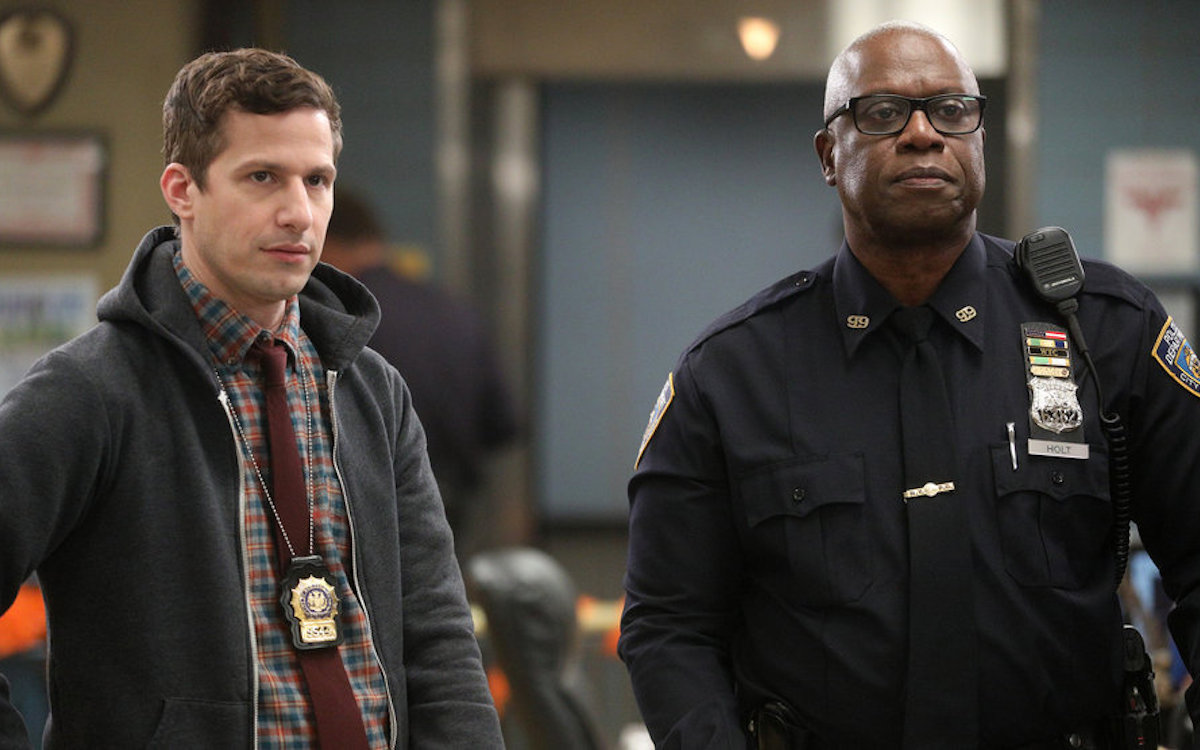 As daily nationwide protests against racist police killings go into their fourth month, police-focused television shows are still trying to reckon with their role in how we as a society view the police.

Brooklyn Nine-Nine’s Andre Braugher recently spoke to the Awardist podcast to elaborate on what he sees as the issues with the ways in which cops are portrayed onscreen and what he sees as needing to be changed. In addition to playing Captain Holt on Brooklyn Nine-Nine, Braugher has also played detectives on Kojack and Homocide: Life on the Street in the late 80s and 1990s. He’s also played a police officer on Hack, a defense attorney on Law & Order: SVU, and a judge on The Jury. So he’s seen all sorts of ways in which the police and the justice system are depicted on television.

“It’s a very complicated subject, but I think they have to be portrayed much more realistically, in terms of this: The convention … that police breaking the law is okay because somehow it’s in the service of some greater good, is a myth that needs to be destroyed,” says Braugher. The actor adds that Brooklyn Nine-Nine will also need to grapple with the reality of widespread police misconduct moving forward. “We’re going into an eighth season with a new challenge which is that everyone’s knowledge and feelings about police… have been profoundly affected,” he says. “What we have from [creator] Dan [Goor] is a commitment to write a smart show that will not attempt to hide itself in a fantasy. So the Nine-Nine is going to have to deal with what we know about the New York Police Department.”

This isn’t just about “copaganda” shows about real-life police. Those–shows like Cops and Live PD were quickly cancelled after protests started. Where Brooklyn Nine-Nine fits into this landscape is how it and other shows like it depict the police force as being inherently good and also more important than the people they’re supposedly serving.

Brooklyn Nine-Nine has occasionally included corrupt officers in its storylines and it’s also referenced bigotry within the system. But these issues are always depicted as being outlying problems and their greatest victims have consistently been the show’s protagonists, who are, themselves, police officers. The real-life injustices regularly committed are then seen as being due to forces outside of the police system, rather than at its core.

In a great piece published on Vulture just days after George Floyd’s death, Kathryn VanArendonk wrote about the effect it has on our perception of the police to see the constantly depicted as the central characters in every story:

TV has long had a police’s-eye perspective that helps shape the way viewers see the world, prioritizing the victories and struggles of police over communities being policed. Order, a police imposed status quo, is good; disruption is bad. There are many, many reasons why a cop’s point of view has become the default way to frame national unrest, including institutional and systemic racism, the capitalist urge to prioritize property over human life, and a political system that benefits those already in power. But TV plays a role, too. The overwhelming mountain of cop shows amounts to a decades-long cultural education in who deserves attention, and whose perspective counts most. In stories of American crime, TV teaches us that cops are the characters we should care about.

As a huge fan of Brooklyn Nine-Nine, I’m very eager to see where this show goes. Terry Crews recently revealed that showrunner Dan Goor threw out four episodes he had “ready to go” for the upcoming eighth season in order to rework the show’s entire direction. It’s incredibly heartening to hear that the team behind the show is so open to major change and that they’re committed to getting this right.