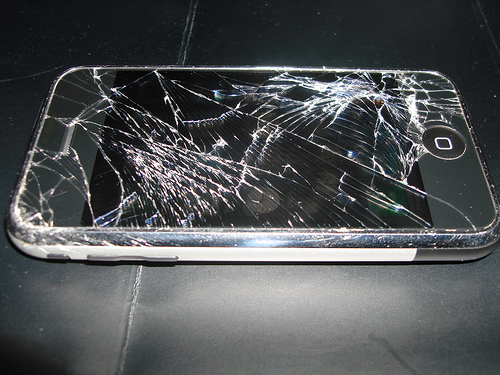 A broken phone is totally an emergency, just ask any kid in junior high, or in college, or anyone really. Of course, you could probably get a kindergartner to tell you that it’s an emergency that doesn’t require a call, much less five calls, to 911. Apparently, Michael Alan Skopec had not talked to a kindergartner about the importance of only calling 911 in a real emergency, because he called, repeatedly, to complain about his broken iPhone. Suprisingly enough, no one was able to help him with that, although he did get some police officers sent to his home.

At around 1 AM, the cops showed up at Skopec’s door where, in predictable fashion, he “refused to comply with orders from deputies.” Oh, did I mention he was plastered? He was plastered.

Skopec was ultimately charged with “obstructing or resisting a peace officer,” which is a misdemeanor offense. He was released from jail upon sobering up, but he’s still got a court date rolling around on the 18th. No word on whether or not he ever got that phone working again.

(The Smoking Gun via Digital Life)