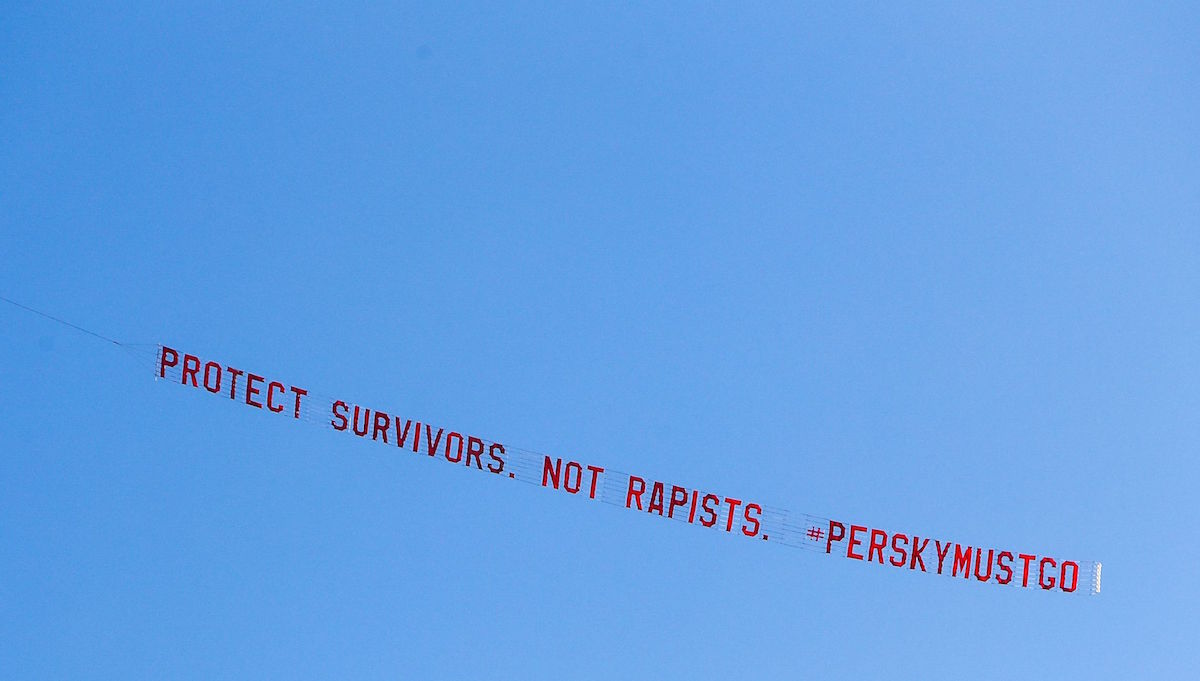 The judge in the Brock Turner sexual assault case, who was recalled by his constituents for sentencing Turner to only six months in jail (of which he only ended up serving three months), has bounced back to the most logical position: coaching girls’ tennis at a high school in California.

According to HuffPo, Aaron Persky, the former Santa Clara County Superior Court judge, acquired a job this fall at Lynbrook High School in San Jose, California, coaching junior varsity girls’ tennis. It was confirmed by Rachel Zlotziver, a spokesperson for the District, who said he is working under his full name. Zlotziver said that he applied for the position over the summer and “successfully completed” all of the hiring requirements.

“He was a highly qualified applicant for the position, having attended several tennis coaching clinics for youth, and holds a high rating from the United States Tennis Association,” she said. However, despite finding out all that information about the man (and I’m assuming him being a former judge was on his resume), they were still unaware that Persky was involved in the Turner case, telling HuffPost that the information “was brought to [the school’s] attention” late last week.

Not like he was involved with one of the most high-profile rape cases in California in recent memory or anything.

“Our focus remains on ensuring that our students have the best possible educational experience—both academically and athletically,” Zlotziver said.

There was already a petition created to remove Persky from this coaching position, and the school held a meeting with parents of the JV and varsity girls’ tennis teams on Monday because a lot of parents are concerned about their own daughters being fostered by a man who seemed to show more sympathy for a convicted male rapist than the female rape survivor.

“We as a community should be so disappointed in my alma maters the decision to hire recalled Judge Aaron Persky as their new Tennis Coach for the girls’ JV team,” the petition reads. “Survivors deserve better. Our community deserves better. We can, should, and ought to do better. Fire Persky from Lynbrook High, now.”

It’s just frustrating all around. I recently re-listened to a podcast that went over the case, and the details of it are so painful. Not only was Turner completely incapable of showing any remorse or empathy, but he was caught with two witnesses and still wasn’t considered threatening enough by a person in power to get a severe sentence. Everything about the Brock Turner case highlighted that you could get caught in the middle of sexually assaulting someone and still somehow be made the real victim if you’re a good swimmer and go to a good college.

While some legal professionals have had mixed feelings about the judge’s recall, it was done, and Persky exposed himself as someone who is not an ally to women in that case. It was a complete fumble for the district to hire him and not to do the research to know who he was.