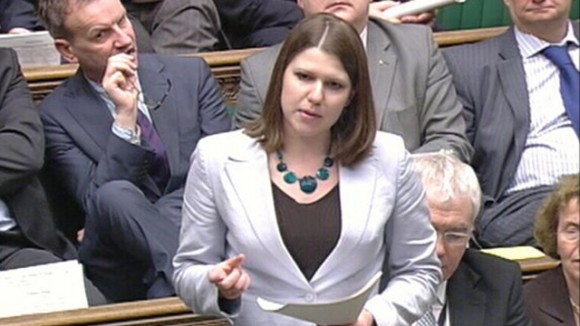 British MP Jo Swinson has spoken on the floor of Parliament to shed light on the dearth of strong female characters who are not outwardly girly, frilly, flowery, etc. all that ooey-gooey sugar stuff that makes us long for shows like Beetlejuice and Animaniacs. It is her belief — and we share it — that these shallow characters do nothing to help the self-esteem of young girls. Not only that, but as much as two thirds of all the characters in children’s programming are male characters. There isn’t much Parliament can do about it, but the point has been made: someone in a relatively high position is looking out for the next generation of girls.

Says Swinson about what the lack of “action girls” on TV really means to kids:

“It gives them the message that boys and men are in charge and women are in a supporting role. Many parents have told me this is not helping them show their little girls that life is not about being pink and princessy.’

“It can start the socialisation of inequality … It can restrict girls’ views of themselves and boys’ perceptions of girls too.”

She specifically cites Nick Jr.‘s Dora the Explorer as a positive example of a regular girl who is all about teaching, discovering, and, of course, exploring. Not only that, but she is a lead character and not a supporting character, such as Wendy on Bob the Builder. (Though even Dora is not immune to a case of “princess pox.”)

But Dora is not like most characters. Among the kids’ shows airing on British TV are Everything’s Rosie, in which the eponymous character “skips around learning the meaning of friendship,” and Upsy Daisy on In the Night Garden, who “spends most of her time skipping around and blowing kisses” and whose skirt inflates and turns into a ballerina’s tutu when she’s happy. Granted there is also Nina, a neuroscientist on Nina and the Neurons, but generally speaking, these girly characters are not exactly showing little girls anything substantial. If you take a show like Nick Jr.’s The Backyardigans, which not only shows a group that is pretty evenly divided by gender (there are five characters), but have characteristics of other ethnic groups. And the two female characters, Uniqua and Tasha, certainly don’t take any kind of back seat to the male characters when they go on their adventures. But they also aren’t human, which makes it a little easier to get away with a set of characters that could be kind of androgynous.

There’s also more to raising children than TV, we would hope. But yes, they do watch a lot of it, and there should be some better characters on there for girls to look up to.

Swinson — who is the first MP to have been born in the 1980s — has a strong record of standing up for gender equality and led a strong campaign against airbrushing in advertisements, especially those aimed at children. And while Parliament is powerless to control what goes on television, people have already called Swinson a communist for wanting to change content that might be having a negative effect on children. We aren’t experts, but we had no idea that not liking pink made someone a pinko.

(The Independent, Daily Mail via Jezebel)