The media has a bias problem when it comes to representing women in politics. 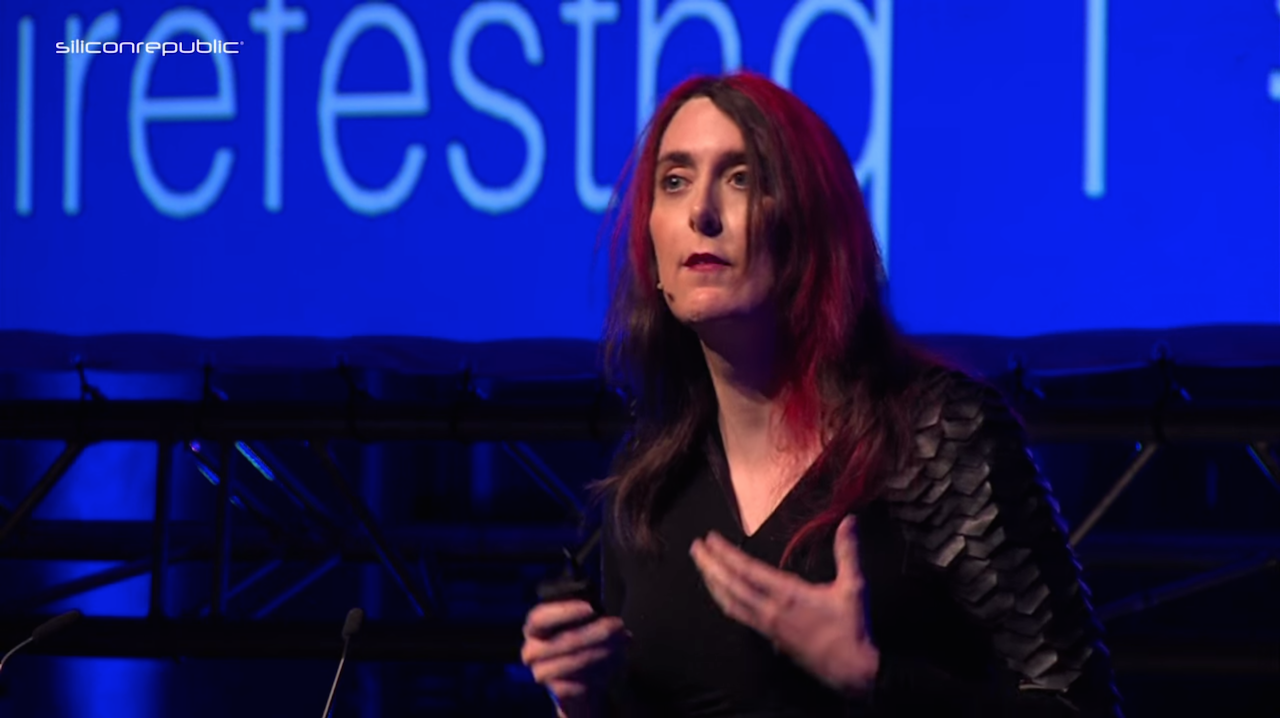 Video game developer and congressional candidate Brianna Wu called out the Boston Globe in a series of tweets regarding the paper’s local election guide. Wu has been campaigning to unseat Democratic incumbent Rep. Stephen F. Lynch in Massachusetts’ Eighth District in the upcoming September 4th election.
Best known as one of the women who received endless harassment and death threats during GamerGate, Wu had built a successful career in the video game industry before entering politics.

Part of her political transformation involved ditching her dyed hair and nerdy t-shirts for the more polished, conservative image we’ve come to expect from our political candidates (although I would vote for a person in nerdy tees in a heartbeat, but maybe that’s just me). Despite her efforts, the Boston Globe ran an old image of her alongside her opponents.

Angry. @BostonGlobe publishes a guide to the election.

They choose pictures of my opponents wearing suits. They pick one of me from Gamergate where I’m wearing a t-shirt and have bright anime hair.

I literally did a photo shoot with them wearing a dress and heels a week ago. pic.twitter.com/6Wtlrfluz7

I am so disappointed in the @BostonGlobe for this. You have a responsibility to represent me accurately to voters. Picking a pic from when I ran an indie game studio is not fair journalism.

Wu’s image is a striking contrast to her opponents, whose likenesses appear in more professional settings and wardrobes. It’s even more surprising considering Wu did an entire photo shoot with the news outlet in her candidate garb. While the editor apologized to Wu and quickly changed the image, the follow-up was also … not great.

And to add insult to injury, the Boston Globe did not include Wu’s name in their metadata, which means the election guide won’t come up when voters Google her.

Brianna Wu would not come up.

For some incomprehensible reason, they put this story in @JohnKerry’s Google results. https://t.co/VVaxzhK5VJ

This all adds up to an alarming run of negligence on the part of the Boston Globe, who were quick to issue an apology to Wu. They also blamed automated keywords for the exclusion of Wu’s name from the metadata.

The @BostonGlobe issued an apology for the whole mess. Feel free to read it and draw your own conclusion.

I do want to say, it’s rather stunning that a major paper in the US automates HTML metadata in 2018. That’s not doing anyone any favors, not the canidates and not the Globe. https://t.co/f4xKRLOYNQ

What’s so upsetting about this coverage of Wu is that female candidates are already up against so much explicit and implicit bias. Women in politics are subjected to intense scrutiny over their hair, wardrobe, facial expressions, and their “niceness” in a way that male politicians simply aren’t. This bias was wildly apparent in the 2016 presidential election and can even be seen in mainstream media’s failure to cover rising stars like Alexandria Ocasio-Cortez.

Press and public image is massively important in politics, and female candidates must contend not only with sexism and bias both in their campaign and in their press coverage. Samantha Bee drew the same conclusions on Full Frontal last year in a segment on Hillary’s media coverage. Ultimately, it is beyond frustrating that female candidates are subjected to this garbage. Especially Brianna Wu, who has had to deal with an unimaginable onslaught of online misogynistic abuse. Do better, everyone.