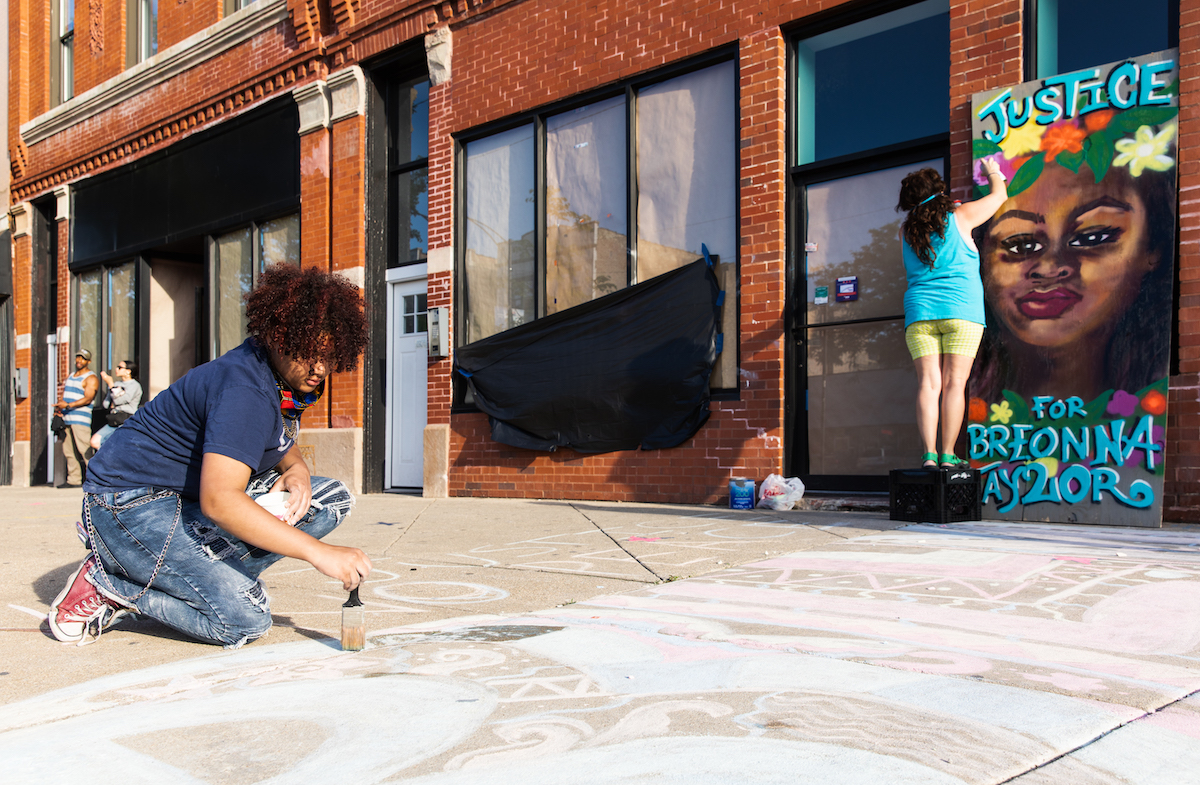 It’s been nearly three months since Breonna Taylor was killed in her home in Louisville, Kentucky. The police officers involved—Jon Mattingly, Myles Cosgrove, and Brett Hankison—have still not been arrested for her death. The Louisville Police Department has now, though, released the incident report from the night Taylor was killed. It’s absolutely disgraceful.

For starters, it’s nearly completely blank. It lists Breonna’s name and her age, the time, date, and location of the “incident,” as well as a case number. The charges listed are a “Death investigation – Police involved.” A handgun is listed as the weapon involved. There are sections to be filled out with information of the officers involved, though their forms are nearly entirely left empty.

What is filled out in this report is full of what we know to be factual inaccuracies. The report says there were no injuries, despite the fact that Taylor was shot at least eight times. It says there was no forced entry, even though we know the police used a battering ram to get into Taylor’s apartment with a “no-knock” search warrant to look for two men who were not in the apartment, who not only lived more than 10 miles away from Taylor, but were already in custody.

The entire “narrative”–the place in the report where the officers should explain what happened–simply contains two words: “PIU investigation.”

With this report on file, it’s no wonder the officers involved have faced no consequences. (Excuse me, they’re on administrative reassignment, how very tough for them.) Without the mass protests in Louisville and beyond–without people calling for her death not to be forgotten in the fervor over George Floyd’s murder but to be remembered as part of the source for our nationwide and even worldwide rage right now and for far too long before this–we would likely never have even seen this report.

Kentucky’s Courier-Journal is currently suing the Louisville Police Department for release of the entire investigative file.

For its part, the police department has had the gall to blame this report on a glitch in their program, saying they find “inaccuracies” in the report to be “unacceptable.” Louisville’s mayor has called for an “external top-to-bottom review of the department.”

All of this is shameful and should make every one of us furious (if we somehow weren’t already) over how many other murders must be dismissed over “inaccuracies” in reports filed by the very police officers and departments who commit them.

Want more stories like this? Become a subscriber and support the site!—The Mary Sue has a strict comment policy that forbids, but is not limited to, personal insults toward anyone, hate speech, and trolling.—