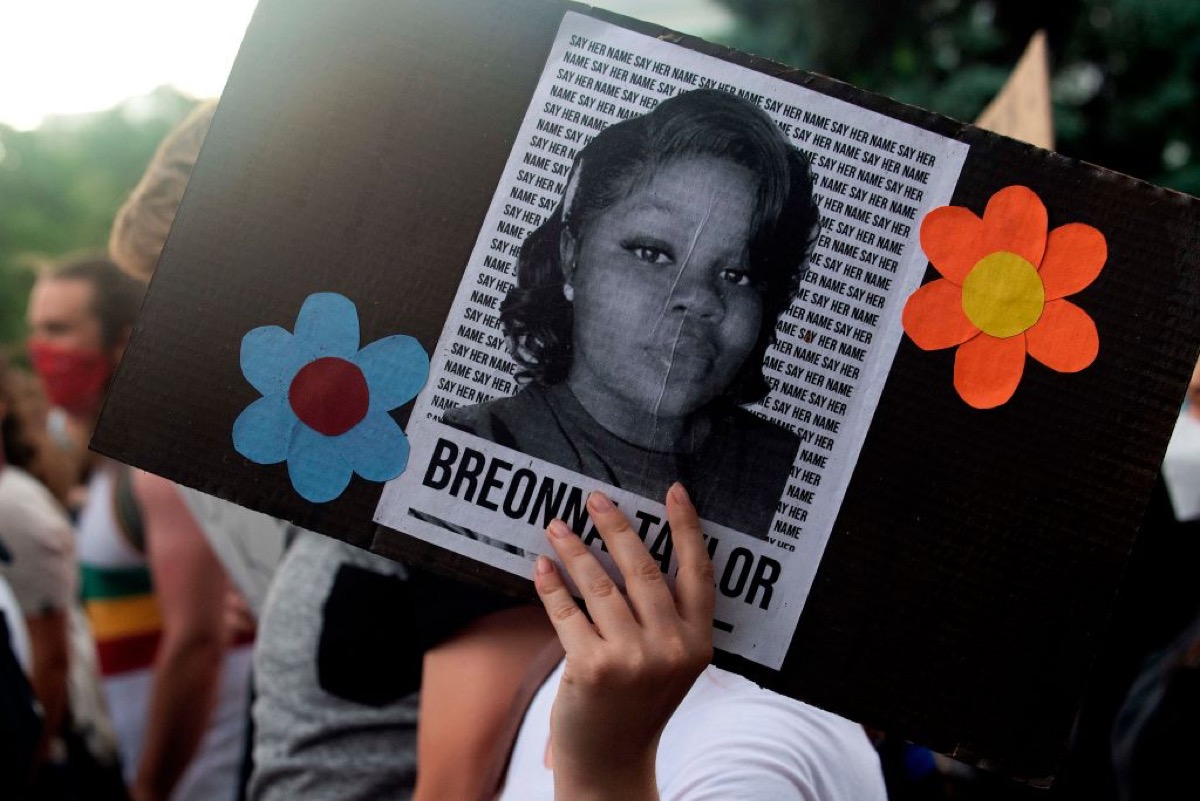 Today, charges—or lack thereof—were announced against the officers who killed Breonna Taylor. Brett Hankison was charged with three counts of “wanton endangerment” because the bullets hit the neighbors’ apartment, according to AP News. The others, Sgt. Jonathan Mattingly and Detective Myles Cosgrove, were not indicted, in yet another display of how our “justice system” brings nothing of the sort.

The wanton endangerment charge is not only scoffing at the memory of Breonna Taylor, but it also completely leaves her out of any of these charges. According to Courier Journal, initials of the victims of the shooting into the adjoining Apartment 3 were listed in the indictment, but BT was not listed anywhere.

Lonita Baker, the attorney who represented Taylor’s family in their civil lawsuit, took to Facebook to share her upset and confusion over how these charges could leave Breonna Taylor out. “I can’t make it make sense in my head. Wanton endangerment to a neighboring apartment constitutes wanton endangerment to Breonna,” she wrote, and look, that’s the problem. This system of punishment has nothing to do with justice.

Attorney Ben Crump took to Twitter to share his frustration and point out that Hankison’s wanton endangerment charge for the other apartment should have also been a wanton murder charge for what he did to Breonna Taylor:

Now that all of that has been explained, I truly want to just write “What the ****?” and be done with it. This is absolutely ridiculous for a number of reasons and shows how unjust our system is. The facts are that those three officers shot into the home of Breonna Taylor and killed an innocent woman, and the only one charged with anything may face 1 to 5 years of prison time.

Brett Hankison can walk the streets after paying a bail of $15,000—and none of his bullets were even the ones that hit Taylor, as far as we know. And yet we’re all supposed to sit and accept these charges as if justice has been served? No, I’m sorry, but that’s frankly bullshit. When the supposed justice comes and goes in every case like this, more anger arises because it’s clear that the system doesn’t even play by its own rules. Ever. And we’re supposed to trust that the system is changing?

What makes me even angrier is that the reason that homicide charges weren’t made is that Cosgrove and Mattingly were supposedly “justified” in returning deadly fire because Kenneth Walker, Breonna’s boyfriend, was shooting at them. Walker has said that he did not know they were the police, which makes sense considering they burst into the apartment in the middle of the night (they claim to have announced themselves, but Walker says he didn’t hear them do so).

People want to know why there are marches, why people chant the names of those lost and that Black lives matter? This is why. Because there is no justice. There is no rhyme or reason. These officers shot into the home of Breonna Taylor, an innocent woman, and caused her death, and they were charged with nothing.

The only way we will ever get justice is for the entire system to be thrown out and rebuilt in a completely different way. You can donate to the Louisville Bail Fund to help protesters unjustly arrested in the fight for justice. It’s likely we’ll see protests increase in intensity again today, and Kentucky has already prepped the National Guard and instituted a curfew.

All your memes and all your tweets, what did it get Breonna Taylor?