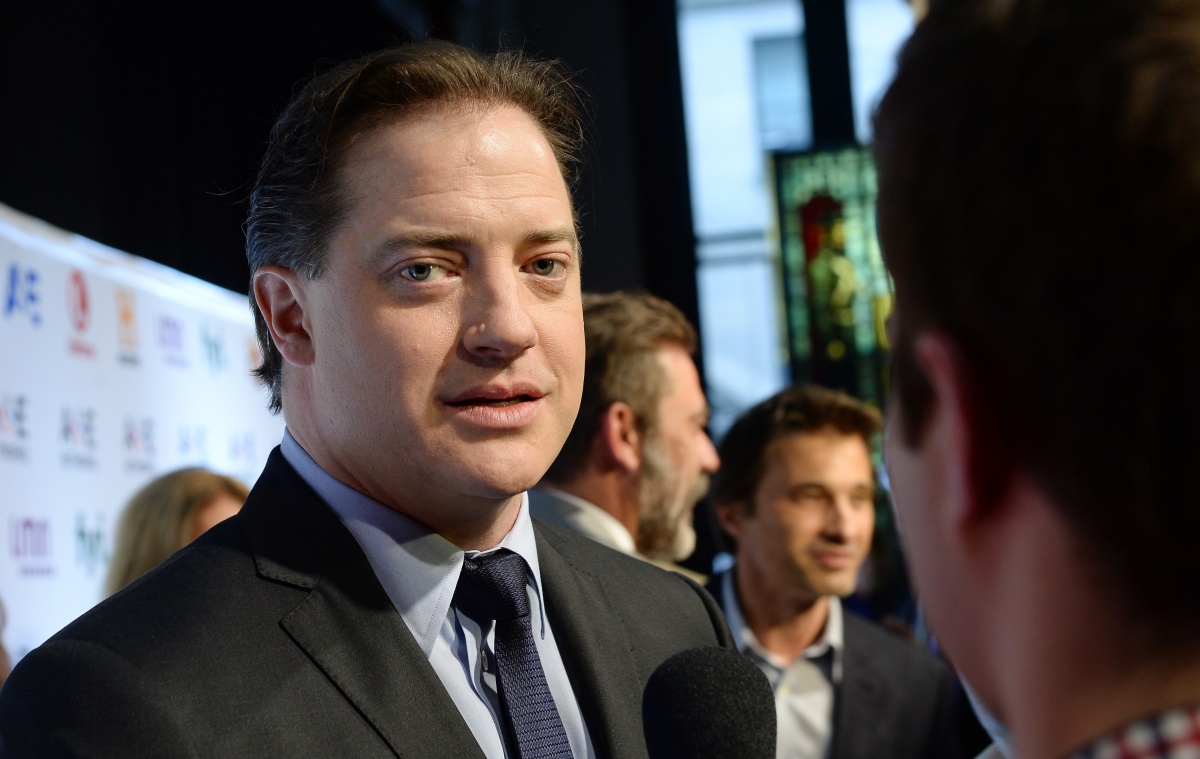 In an amazingly well-done interview with GQ, Brendan Fraser broke his silence about his experience of being allegedly sexually assaulted by former Hollywood Foreign Press Association (HFPA) president Philip Berk.

The article, entitled “What Ever Happened To Brendan Fraser,” goes through Fraser’s acting career peak in the 1990s with him starring in several huge hit films including the Mummy franchise. All the while putting his body through immense pain. Part of the reason he was able to stand out was his willingness to do physical comedy, even if it led to long term damage.

Fraser reveals that “By the time I did the third Mummy picture in China,” in 2008, “I was put together with tape and ice—just, like, really nerdy and fetishy about ice packs. Screw-cap ice packs and downhill-mountain-biking pads, ’cause they’re small and light and they can fit under your clothes. I was building an exoskeleton for myself daily.”

This led to him needing multiple surgeries: “I needed a laminectomy. And the lumbar didn’t take, so they had to do it again a year later.” He also had to get: a partial knee replacement, more work on his back to bolt various compressed spinal pads together, he needed to have his vocal cords repaired. “All told, Fraser says, he was in and out of hospitals for almost seven years.”

“This is gonna really probably be a little saccharine for you,” Fraser warns. “But I felt like the horse from Animal Farm, whose job it was to work and work and work. Orwell wrote a character who was, I think, the proletariat. He worked for the good of the whole, he didn’t ask questions, he didn’t make trouble until it killed him.… I don’t know if I’ve been sent to the glue factory, but I’ve felt like I’ve had to rebuild shit that I’ve built that got knocked down and do it again for the good of everyone. Whether it hurts you or not.”

Fraser’s description of the willingness of the film industry to physically put him through hell in order to get a better take, reinforces the stories of female actresses, of producers not caring what happens to you as long as you aren’t, as Megan Fox put it, “bleeding from the face.”

Then Fraser’s story (which you should 100% read in full, as it is fantastic) begins to talk about the issues that he didn’t have “the courage to speak up for risk of humiliation, or damage to my career.”

In the summer of 2003, during a luncheon held by the Hollywood Foreign Press Association, on Fraser’s way out of the hotel, he was hailed by Philip Berk, a former president of the HFPA.

Much of what happened next Berk recounted in his memoir and was also reported by Sharon Waxman in The New York Times: He pinched Fraser’s ass—in jest, according to Berk. But Fraser says what Berk did was more than a pinch: “His left hand reaches around, grabs my ass cheek, and one of his fingers touches me in the taint. And he starts moving it around.” Fraser says that in this moment he was overcome with panic and fear.

Fraser eventually was able, he says, to remove Berk’s hand. “I felt ill. I felt like a little kid. I felt like there was a ball in my throat. I thought I was going to cry.” He rushed out of the room, outside, past a police officer he couldn’t quite bring himself to confess to, and then home, where he told his then wife, Afton, what had happened. “I felt like someone had thrown invisible paint on me,” he says now.

In the aftermath of the encounter, Fraser thought about making it public. But ultimately, “I didn’t want to contend with how that made me feel, or it becoming part of my narrative.” But the memory of what had happened, and the way it made him feel, stuck with him. His reps asked the HFPA for a written apology. Berk acknowledges that he wrote a letter to Fraser about the incident but says, “My apology admitted no wrongdoing, the usual ‘If I’ve done anything that upset Mr. Fraser, it was not intended and I apologize.’”

Fraser says that he, “became depressed” and then he started taking the blame for what happened: “I was blaming myself and I was miserable—because I was saying, ‘This is nothing; this guy reached around and he copped a feel.’ That summer wore on—and I can’t remember what I went on to work on next.”The experience, “made me retreat. It made me feel reclusive.”

He wondered if the HFPA had blacklisted him. “I don’t know if this curried disfavor with the group, with the HFPA. But the silence was deafening.” Fraser says he was rarely invited back to the Globes after 2003. Berk denies that the HFPA retaliated against Fraser: “His career declined through no fault of ours.”

Fraser says the experience messed with his sense of “who I was and what I was doing.” Work, he says, “withered on the vine for me. In my mind, at least, something had been taken away from me.” This past fall, he watched other people come forward to talk about similar experiences, he says. “I know Rose [McGowan], I know Ashley [Judd], I know Mira [Sorvino]—I’ve worked with them. I call them friends in my mind. I haven’t spoken to them in years, but they’re my friends. I watched this wonderful movement, these people with the courage to say what I didn’t have the courage to say.”

He was in a hotel room just weeks ago, watching the Globes on TV, Fraser says, as the actresses wore black and the actors wore Time’s Up pins in solidarity, when the broadcast showed Berk in the room. He was there and Fraser was not.

On the phone, he breathes deeply. “And maybe I am over-reacting in terms of what the instance was. I just know what my truth is. And it’s what I just spoke to you.”

That doubt at the end is so powerful because it shows just how deeply ingrained our culture is in wanting to blame the victim. The fact that Fraser felt violated and small and depressed after the alleged incident, even he can find a way to be like “well maybe I’m overreacting?” We have said time and time again that #MeToo is about addressing these issues for women and men in Hollywood, and Fraser’s candid, emotive interview in this article is beautiful and powerful.

According to Us Weekly, The HFPA has agreed to look into the allegations that Fraser laid out in the article:

“The HFPA stands firmly against sexual harassment and the type of behavior described in this article. Over the years we’ve continued a positive working relationship with Brendan, which includes announcing Golden Globe nominees, attending the ceremony and participating in press conferences. This report includes alleged information that the HFPA was previously unaware of and at this time we are investigating further details surrounding the incident.”