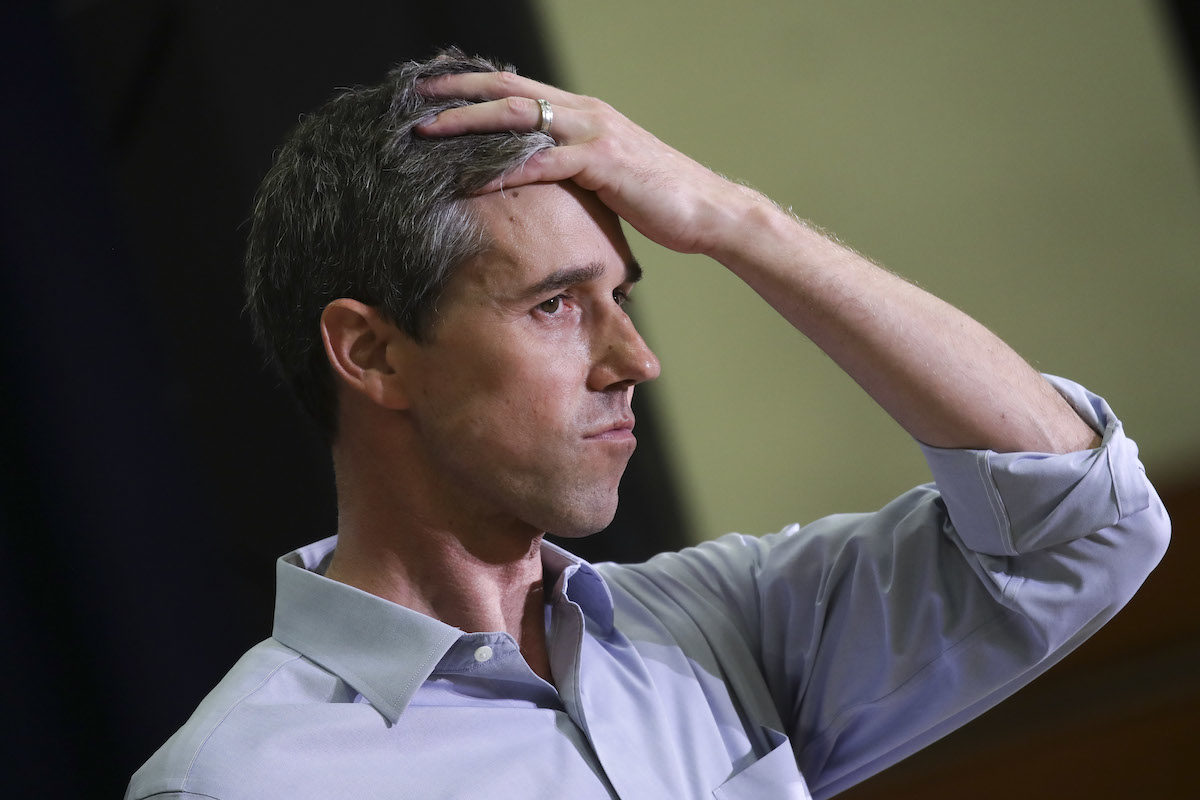 A representative from the ultra-conservative, white nationalist propaganda rag Breitbart was ejected from a Beto O’Rourk event at Benedict College this week. According to that reporter, Joel Pollak, he was asked to leave because O’Rourke “has decided that he is entitled to abuse members of the press who cannot be relied upon to provide favorable coverage.”

It’s hard to know if that’s actually what happened, though, because very few major media outlets besides Breitbart and other alt-right sites are reporting on it. There are, however, a lot of real journalists from reputable outlets tweeting about the incident, many of whom are criticizing O’Rourke and his campaign staff.

This is WRONG and hypocritical for any candidate, or come
to think of it, any American https://t.co/leXWobEiZe

I really don’t get why campaigns do this. There’s no benefit to it. A. you shouldn’t. B. You have to deal with the inevitable headlines that come out of it. https://t.co/kZtLwEa2L2

And the Daily Beast:

If this account is accurate, it’s a pretty weak move by Team Beto. https://t.co/zdjtvLcLvN

All of this outrage is rooted in the idea that Breitbart is a legitimate news outlet and that its employees deserve to be treated like journalists and not the alt-right propaganda-pushers that make the site what it is.

Josh, are you really tweeting out Breitbart when you know full well that this glorified blog that’s shot-through with racism, sexism and general bigotry has also trafficked in dishonesty in verifiably false information?

Congratulations on legitimizing them as a “journalists”.

Freedom of the press does not entail “every ranting racist blogger must be welcomed at every event.”

It is concerning when politicians display systematic antipathy towards the free press.

But this ain’t that. https://t.co/KTSOaa9A8K

Radical right-wing propaganda posing as legitimate news has been eroding American democracy for decades. It’s time to draw a line in the sand. If you stand up for Breitbart’s supposed “right” to “journalistic” access, you are enabling fascism.#BreitbartIsNotNews #Resist

on the other hand, it’s kind of useful to see which reporters think Defending Journalism means caping for a place that had a “black crime” tag page https://t.co/1oHrdpDMOZ

Your lack of standards for anybody who slaps on a “journalist” label really makes me wonder what standards, if any, you have for your colleagues and your own work.

Also, according to Pollak’s own report, it wasn’t O’Rourke’s staff but campus police that asked him to leave. Which makes sense because not only is Benedict a Historically Black College and therefore no place where a bigotry-based outlet should feel entitled to be, but by many accounts, this was a CLOSED EVENT, not open to the press in the first place.

Another reply has already pointed out this was a private event at an HBCU, not a public rally and not listed on the campaign’s page along with its other public events. We have NYT and WaPo reporters boosting Breitbart as factual. Embarrassing.

To see major news sources not just tweeting out a Breitbart article without fact-checking, but actually defending that article is incredibly embarrassing. By all accounts, this looks like a stunt designed to get the exact reaction it did.