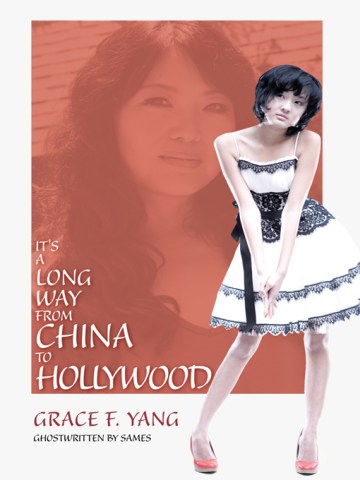 I feel privileged to give some of my insights into the world of entertainment—specifically acting in film and television, since I’m a full-time actress. However, I have many friends that are musicians, and I’ve watched their rehearsals and traveled with them to their concerts. I have a friend who is a professional ice skater, who skated for Disney on Ice. I’ve gone to her shows many times, and I’ve even gone back stage at Cirque Du Soleil in my travels. Over time, I’ve come to the conclusion that entertainment is so special and so important for connecting the world that it doesn’t matter what the stage is.

A lot of people come to Hollywood straight from schools of fine art, or had some success in their local theater or community that encouraged them to make the move. For me, it was a little different. My daughter, Yvonne Lu, was the one who was already doing print work and dance shows with Page Park, a local agency in Houston, Texas, where we lived at the time. Later, Yvonne went on to be the girl representing China in the commercial for the 2008 Olympic games.

One night at her acting class, one of the other mothers came up to me and said, “Have you looked on the bulletin board in the office?” She said there was a notice there looking for an Asian woman to play a small roll in a short film called Over Due. I wasn’t really interested. Later, she came up to me and asked, “Is it okay if I give your phone number to the casting director?”

“Yes, I guess so,” I replied. The next day, the casting director called, so I went to the audition. When I arrived there, script in-hand, and saw all the pretty young Asian girls there for the part, I thought, “This is ridiculous.” For one thing, I was too old; they were looking for 20- to 30-year-olds, I was almost 40. Another thing: I had no experience. I thought, “This is a waste of my time,” but I ended up getting the part. Looking back, I think I got it because it made no difference to me. Now that I’ve become a serious actress, auditioning is so hard.

Even after doing that part, which was a great experience, I still didn’t think anything special about myself except the fact that they paid me. I had no pipe dreams of becoming a movie star. I still don’t; I just want to be a serious actress. My daughter Yvonne had plans and was achieving them. By the time she was eleven, we were making trips to Hollywood, where she was appearing in TV shows. By the time she was 13, we were living in Hollywood, and she worked pretty regularly.

Since she was a minor, I had to be with her at auditions and on set when she filmed. It wasn’t long before I was offered a part for Wells Fargo. Then I did some print work and started doing voiceover for airlines. It was around that time I thought to myself, “Maybe I need management.” It seemed like the parts kept coming my way. I signed with Yvonne’s management and started taking things seriously. The more serious I was, the harder it became. I had to sit down, reevaluate my situation, and go back to the frame of mind I had when it didn’t matter so much to me. Since then, things have gotten easier for me. I’m back to having fun again. In 2011, Yvonne and I both joined the Screen Actors Guild. I guess we’re both professionals now.

Grace Yang is the founder and board of director of the American Dream Association of Culture Exchange and the Art & Acting Academy of Hollywood. She speaks Mandarin and English fluently. For the past five years, her voiceover work has been heard on commercial and private airlines. Yang lived in Houston, Texas when she immigrated to the U.S. Currently, she lives in Burbank, California. To learn more about her journey, check out her book, It’s a Long Way from China to Hollywood. Twitter. Facebook.