Bradley Manning Acquitted on Charges of Aiding the Enemy, Found Guilty of 19 Other Counts

Yeah. So that happened. 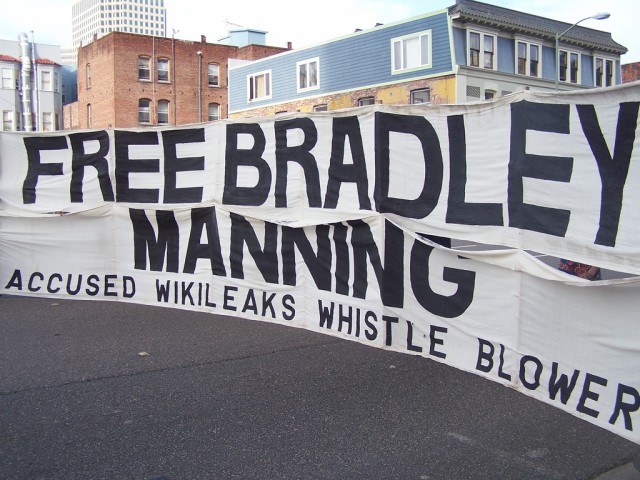 The verdict for the Bradley Manning trial has finally been delivered down from Colonel Denise Lind in Fort Meade, Maryland. As to be expected, it’s a mixed bag of results, but most importantly, Manning has been found not guilty of aiding the enemy — a charge that would have landed him life in prison.

Here’s Nathan Fuller, a writer for the Bradley Manning Support Network, breaking the news via tweet from Fort Meade:

Bradley Manning not guilty of aiding the enemy

Bradley Manning found guilty of 19 counts, 4 of which were his lesser included pleas

According to Fuller, Manning has also been found not guilty of federal espionage act violations with regards to the Farah/Garani video or the Collateral Murder video, as well as for transmitting Army report on WikiLeaks.

Manning’s not completely off the hook, however — he has been found guilty of computer fraud for using WGet, a simple command line program, to illegally download hundreds of files. This charge could land him up to 10 years in prison.

AP reports that in addition to the above, Manning has been also found guilty of five espionage counts and five theft charges.

Manning, the 25-year old Oklahoma native who admitted to helping WikiLeaks obtain classified documents from the U.S. Army, asked for a military judge instead of a jury to hear his case. His sentencing is scheduled to begin Wednesday, and while he wasn’t convicted of the most serious charge against him, he could still face over 110 years in prison.