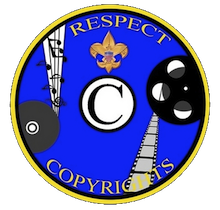 Today’s out-of-touch facepalm comes courtesy of Scouting magazine, the official publication of Boy Scouts of America. In an article on the “dilemma of downloading” music (h/t TechDirt) the unnamed authors helpfully suggest that parents should only play CDs that they’ve bought from stores, and that they shouldn’t play burned CDs — even if they contain legally purchased music.

So how can Scouters teach ethical behavior related to music downloading? One way: Set a good example. When you haul around Scouts in your car, for example, only play CDs that you’ve purchased. If you play CDs that you’ve burned—even if they’re legal—your Scouts may not recognize the difference between those and the pirated CDs friends have given them.

It gets worse, though:

Another passage actually blames artists like Radiohead who encourage their fans to support them via means other than buying physical CDs, which the article says contributes to “the Internet’s free-for-all nature.”

Part of the problem, [“longtime Scouter” Dr. Tony] Aretz says, lies in the Internet’s free-for-all nature, where users get all sorts of content free—even information from newspapers that they would have to pay for in the real world. Bands like Radiohead have further complicated the situation by giving their music away or offering it on a “pay what you want” basis.

Presumably, iTunes and a good number of forward-thinking musical artists would not agree with this philosophy.

(Scouting via TechDirt. title pic — which is an actual, RIAA-approved merit badge — via Furd Log. [pdf])