He comes with jorts! 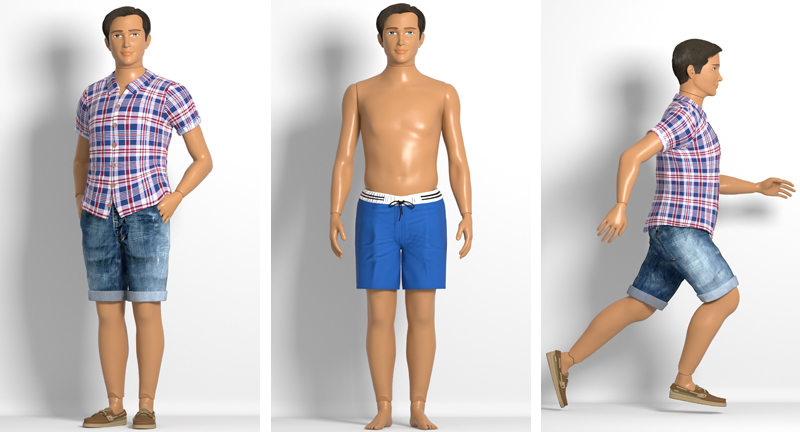 The team that brought us Lammily, a doll that comes with the option of acne and stretch marks and matches the CDC’s proportions for the ‘average’ 19-year-old woman, is now crowdfunding a Boy Lammily doll. As Lammily creator Nickolay Lamm explains in this video, Boy Lammily was inspired by his own experiences with toxic male body standards.

Boy Lammily comes several months after calls for a “DadBod Ken” following Mattel’s inclusive updates to their Barbie line. Although it’s debatable how sincere those Ken complaints were, I think it’s great news for people of all genders that Lammily is creating toys that aim to redefine what it means to be masculine. Their website explains,

He may not have a six-pack, but he has a fantastic sense of humor.

He may not have the biggest biceps, but he has a big heart.

He may not look like a runway model, but he values himself for who he truly is, and always makes sure to pay the same respect to others!

In following with these themes, a storybook pamphlet will be included with each doll illustrating his background story.

You’ll also be able to name your own Lammily doll with an online passport option.

For this brand new doll, you’ll get to vote on what he does! Will this new Lammily doll be a Sports Lammily? An Entrepreneur Lammily? You decide! There’ll be plenty of empowering selections to choose from.

At Lammily, we name our dolls based on what they do!

You can learn more about how proportions are determined for Lammily dolls, and the physiological differences between Boy Lammily and Ken, on the Lammily crowdfunding site. Considering what a success the original Lammily doll was, I’m excited to see how this campaign pans out.