This is not what I wanted to hear during Pride month. 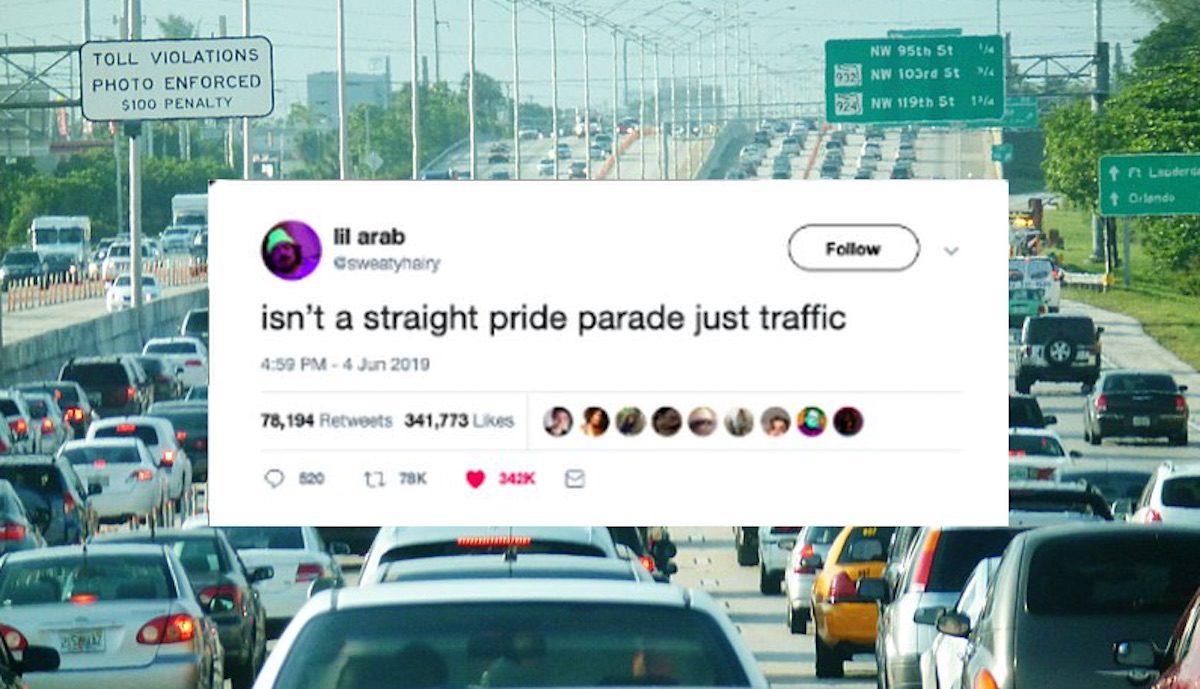 Boston officials, in their infinite wisdom, have approved an application sent by a group called Super Happy Fun America to have a Straight Pride Parade at the end of August. If that sentence isn’t one of the most 2019 things I’ve written, I don’t know what is.

Mayor Marty Walsh says they cannot deny a permit based on the organization’s belief. Meanwhile, Super Happy Fun America president John Hugo says, “We are not anti-gay, we are pro-straight. I think there’s a lot of misinformation out there…. there’s no hate there, we love everyone and all are welcome.” The Super Happy Fun America group writes on their website that “We are confident that one day straights will achieve full equality and be able to celebrate their lifestyle without fear of judgment and hate.”

It’s worth noting that known alt-right figure Milo Yiannopoulos will be the grand marshal of the parade. Yiannopoulos, a gay man, is famous for saying he hopes that vigilante squads started gunning journalists down, among other vile statements.

This feels like a joke—the name of the group, the fact they’re pushing for “straight equality,” the number of snafus that they’ve wandered into with using Brad Pitt’s likeness—but the problem is is that it’s not a particularly funny one. The LGBT+ community already faces enough struggles on a daily basis that we don’t need someone turning Pride into an elaborate joke.

If it’s not a joke, that’s equally terrible. “Straight equality” isn’t necessary, especially if this is a straight pride that centers whiteness (which, given the grand marshal, I assume it will). White straight people do not need a Pride to celebrate their existence and their love for each other. 90% of books, movies, and TV shows celebrate straightness, and yet when a cartoon rat marries his husband, we have to ban the episode in some states because heaven forbid the children see two (cartoon rat) men in love.

We can understand why Mayor Walsh doesn’t want to discriminate based on beliefs, but at the same time, this is incredibly harmful and likely to draw Nazis and members of the alt-right to the parade, which in turn will endanger lives, especially the lives of queer Bostonians. It’s an unsafe decision and one that sends a terrible message to the queer community. Do better.