BOOM! Studios Partners With WWE on Line of Comics | The Mary Sue

BOOM! Studios Partners With WWE on Line of Comic Books and Graphic Novels 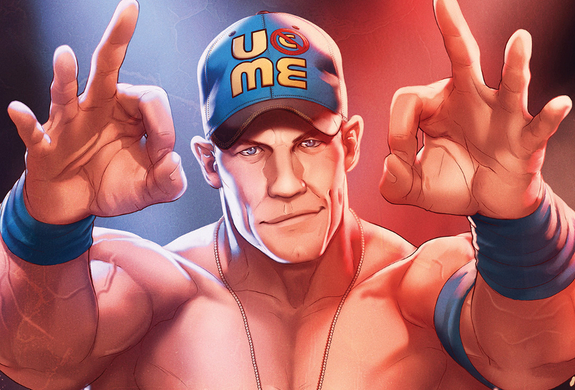 As revealed in a Los Angeles Times exclusive yesterday, World Wrestling Entertainment is partnering with BOOM! Studios on a line of comics and graphic novels. For a very early preview of BOOM! and WWE’s collaboration, you can check out WWE star John Cena, as illustrated by Jamal Campbell, above.

BOOM! Studios Editor-in-Chief Matt Gagnon told The LA Times, “The WWE Universe is a passionate fanbase, and we aim to provide them with the comic series they’ve always wanted — a series featuring their favorite Superstars and storylines, a series that highlights the incredible history of the brand. An authentic series that matters.”

I’ve been impressed by the work BOOM! has done with other licensed properties like Power Rangers, which brought us the Brenden Fletcher and Kelly Thompson title Mighty Morphin Power Rangers: Pink, so I look forward to seeing the results of this new WWE partnership. Given there’s already considerable overlap between comic fans and wrestling fans, I expect this new line will find a very engaged audience.

What WWE stars would you like to see represented by BOOM!?