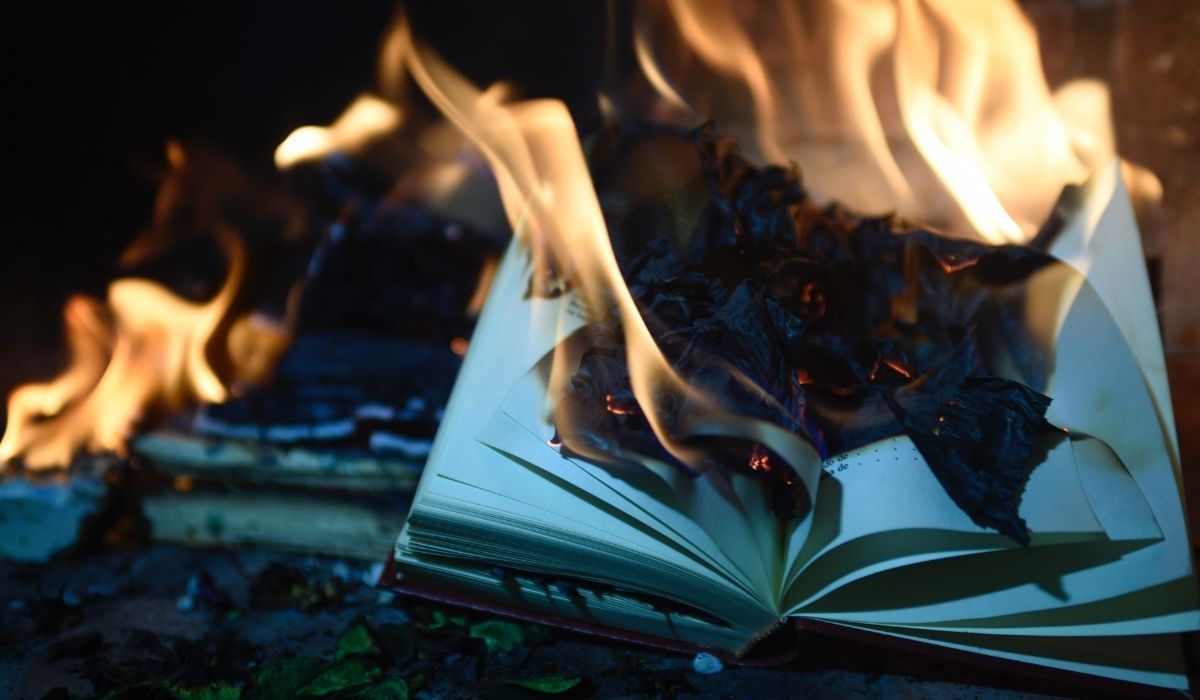 After a report was compiled of “sexually explicit” books and a vote of 6–0 (with only one person absent), the Spotsylvania County School Board (in Virginia) moved to remove the books from the district’s collection. If that weren’t bad enough, two members, Rabih Abuismail and Kirk Twigg, both suggested torching the books.

Abuismail told The Free Lance-Star, “I think we should throw those books in a fire.” Tigg is a bit more hesitant. They first want to “see the books before we burn them so we can identify within our community that we are eradicating this bad stuff.”

Despite that many books the last year have been pulled because of how they discuss (or represent in any manner) race and ethnicity, before last summer, there was already a decades-long trend (tracked by the American Library Association—ALA) of banning books with a whiff of LGBTQ+ representation from public institutions.

Eight of the top 10 most challenged books of 2019 made the list because of the “indoctrination” of kids with LGBTQ+ content. The only books in that top ten list that weren’t cited for LGBTQ+ content were Harry Potter (because of course), and The Handmaid’s Tale.

The 2015 book George by Alex Gino, featuring a young trans girl, has been on the top ten list since the year after it was published and has held the number one spot for the last three years. The parent in this particular case was upset because of the existence of an LGBTQIA fiction section in her high-school child’s library app. That led her to 33 Snowfish, the book that kicked off the removal parade and recent vote to ban by the school board.

Published over 15 years ago, Adam Rapp’s novel tells the story of three homeless teenagers escaping past traumas such as sexual abuse, prostitution, and addiction. 33 Snowfish gives 2 characters’ points of view through writing and one through illustrations.

The novel doesn’t glamorize their situation, but it doesn’t look away, either, and that’s the point. That is why it is suggested reading for a high-school level or higher. It’s also why the ALA named it the best YA novel of 2004. 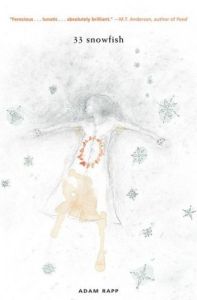 No amount of statistics or non-fiction reading can help imprint the memory and develop empathy more than a story. That is why adults are so quick to ban books based on social themes, even in this case. I’m assuming that, since this parent cares so much about the safety of children, then she is probably opposed to children experiencing homelessness, sexual trauma, and addiction—something in line with the book’s message and why the novel moved so many. 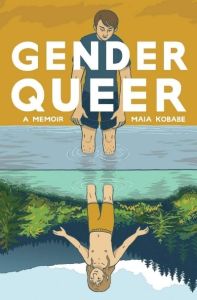 A similar tactic is being used against Maia Kobabe’s YA graphic novel Gender Queer: A Memoir, in at least four states. Images are going around of one supposedly objectionable panel, and that is supposed to sum up the whole book? No, the answer is no. Some parents in Washington State are looking to criminally prosecute the school for (I’m paraphrasing) distributing “graphic pornography to include pedophilia.” They probably won’t get far on that effort, but that’s not the point.

The Kitsap County Prosecutor reviewed the book and declined because, while he said some may find parts obscene, the images are drawings (not photographs) and the intention of the scenes in question isn’t for sexual stimulation.

It’s too easy to point out that the crowd that complains the most about cancel culture, political correctness, etc. is the same crowd reporting these books and “standing up” at school board meetings. The fact that people are publicly declaring that it’s time to light ’em up isn’t even surprising, nor was the invoking of a divine being by an elected official in order to justify book banning.

Moral panic to marginalized people existing, let alone thriving, makes people nervous, and chaos ensues. Books, music, comics, and more devices of expression and storytelling have a long and rich history of burning, with the United States having our own distinct flavor, especially since the Red Scare began—a fear, by the way, that never ended and just transformed from a supposed fear of communism (itself an evolved version of purity panic) to now socialism, Marxism, or whatever the fear mongers want to call everything they don’t like.

It’s no coincidence that writer and screenwriter Ray Bradbury published his dystopian novel about book burning in 1953—two decades after the forming of the House Un-American Activities Committee, less than a decade after the Hollywood blacklist, and smack-dab in the middle of Senator McCarthy’s infamous hearings.

If Bradbury’s Fahrenheit 451 is on Abuismail and Twigg’s morality mood board, I’ve gotta say, they missed the point.

(via The Free Lance Star, image: Movidagrafica on Pexels)