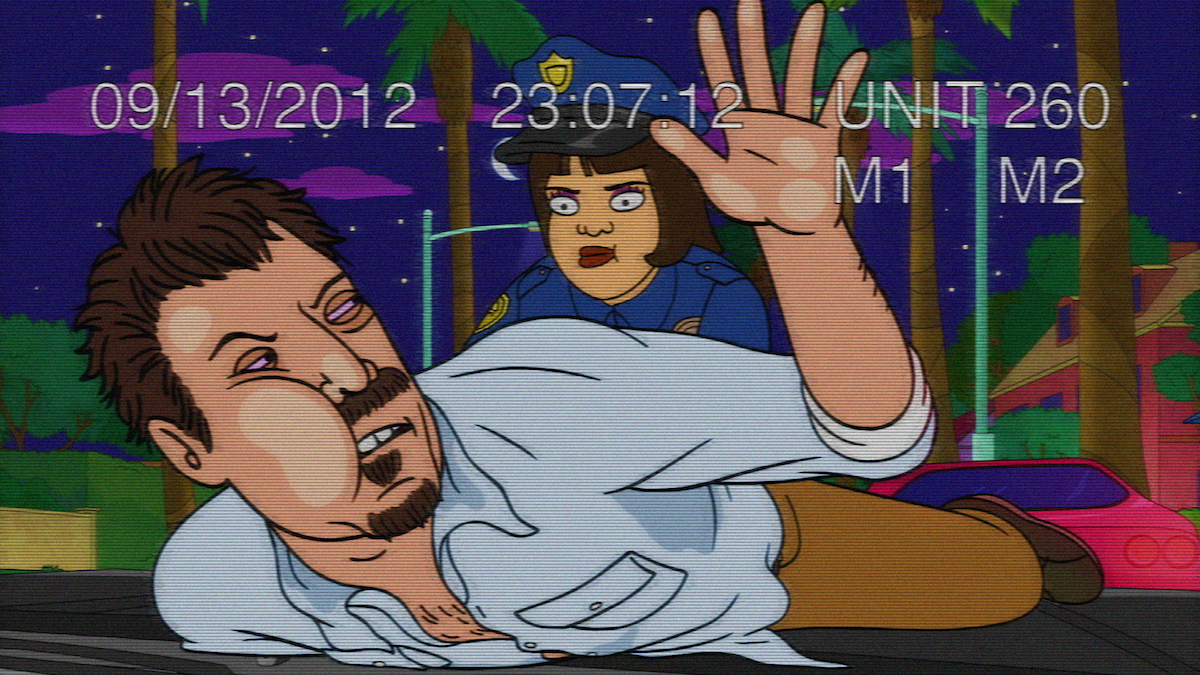 In the #MeToo-focused fifth season of Bojack Horseman, the show lays heavily into the Hollywood celebrity redemption machine. This is a show that doesn’t shy away from real-world parallels–like with the plotlines mirroring our IRL discussions around gun control or Bill Cosby. But not all of the references are direct allusions to specific news items or public figures. Some are more general takes on the issues we’re grappling with at the time.

This season, the character of Vance Waggoner reads as a stand-in for a certain type of man or maybe an amalgamation of a dozen male celebrities who have engaged in Hollywood’s perpetual cycles of redemption over the years. His racist rants aimed at police officers immediately bring to mind Mel Gibson, but other behaviors–choking his wife, sexting a pre-teen, assaulting a sex worker, leaving drunken, abusive voicemails for his daughter–resemble too many other celebrity men to list here. (But, just as a start, let’s go with Alec Baldwin, Hulk Hogan, James Franco, Sean Penn, and Johnny Depp. You know, just to get the abusive ball rolling.)

According to co-creator Raphael Bob-Waksberg, Waggoner is an amalgamation, but the Mel Gibson comparison is accurate, and also inspired by his own real-life experiences with the longtime star.

He told Mashable that the original inspiration came in 2017, before the resurgence of the #MeToo movement, when Mel Gibson was signed by CAA, the agency that also repped him. Gibson had been without an agent since 2010, and this was a giant step in his redemption arc.

“The spark of the idea [for Waggoner’s character] came from when my own agency CAA signed Mel Gibson on as a client. And I was really upset about that,” said Bob-Waksberg. “I feel uneasy with the idea that part of my paycheck or my show’s budget goes to a company that’s working to help the career of this guy that has screamed racial epithets at people and abused women.”

Bob-Waksberg even spoke to the agency about his concerns and was “very politely but firmly told that, ‘While we value you and your input and love that you care so deeply about this, we’re going to keep this man as our client. Because we believe this is the right thing to do for us.'” The unspoken end to that sentence is, of course, “financially.” It’s the best thing for them financially. Which comes up again and again in this season of Bojack Horseman. Characters find ways to morally justify the choices that make them money and earn them clout.

Bob-Waksberg says they didn’t “necessarily anticipate” what happened over the last year, as the #MeToo movement gained such incredible momentum and we saw so many sexual predators outed, especially those operating in Hollywood. “But a lot of what’s come to light [during #MeToo] we knew about before,” he says. The details and some of the specific abuser might not have been known, “but the general behavior is not news.”

Still, there is one other alleged serial abuser that directly inspired the show’s fifth season, and that’s Harvey Weinstein. In another interview with HuffPost, Bob-Waksberg talks about how uncomfortable it made him to hear that Weinstein was a fan of the show. “When I heard that story [that he was a fan],” he said, “the idea that Harvey Weinstein watched my show really gave me chills, and I thought, what is he getting out of it? Does he watch it and go, ‘Yeah, that’s right. That’s the way to be. Us Hollywood guys, we’re trouble. What are you going to do with us?’”

This sentiment is directly echoed in the show, when Diane tells Bojack how dangerous it is to normalize characters like the one he plays. “That’s not the point of Philbert,” she says, “for guys to watch it and feel OK. I don’t want you or anyone else justifying their shitty behavior because of the show.”

Bojack Horseman has always been great at ruthlessly tackling our most sensitive cultural issues with sensitivity as well as fearlessness. This was an especially delicate subject that they managed to tear to all the right shreds.