Even assholes are capable of great kindness. 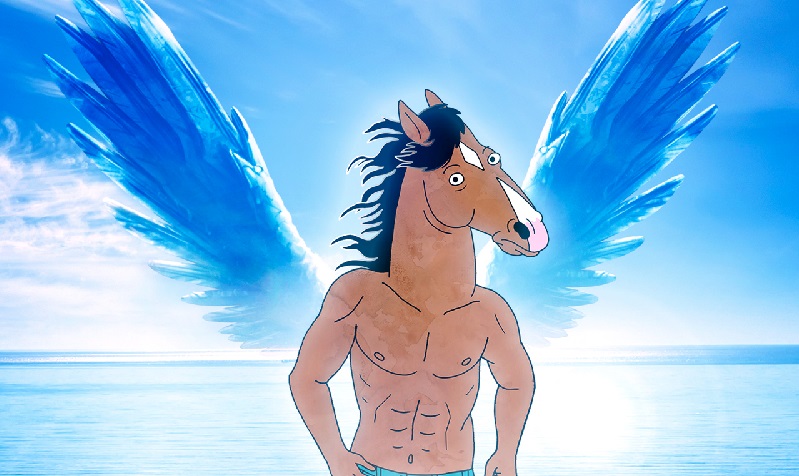 It’s officially Trump vs. Hillary this year, and ever since the primaries, my Facebook feed has been filled with politics. I’ve seen the general attitude move from excitement to confusion, to helplessness, and anger. Now that we’re down to the final two, tensions are higher than ever. Commenting on anyone’s Facebook status can feel like walking through a minefield; you never know what’s going to blow up into an argument. This year especially, the name-calling is alive and well. Trump supporters are automatically deemed racist, while Hillary backers are deemed immoral. It’s easy to get caught up in the candidate memes, the heated debates, and the general frustration. It’s even easy to reduce people to the one thing you associate with them: Trump supporter or Hillary supporter.

This reductionist view of people is inaccurate at best, and harmful at worst. In a recent article titled “Why Trump voters are not ‘complete idiots’,” Chris Arnade writes “labeling [Trump supporters] dumb is simply a way of not trying to understand their situation, or what they value.” In the same vein, labeling Hillary supporters as immoral is a way to dismiss people and what they have to say out of hand. And it’s so easy to do. Which is why we need more shows like BoJack Horseman.

The third and newest season of BoJack Horseman begins with its titular protagonist drinking heavily, answering interview questions, and defending Horsin’ Around, his 90s sitcom. It doesn’t take him long to mess things up with a certain female manatee, to miss important meetings, and to go on another bender with Sarah Lynn. But this season isn’t all about the terrible things BoJack does, or all the things he feels guilty for. This season especially reminds us of the BoJack we root for.

BoJack is particularly wonderful this year because it offers us a multi-faceted view of all the characters, not just of our antihero. Princess Carolyn is shown as hard-working, if not a little gullible, in previous seasons; in season three, she still tries to keep her hardheadedness, but in “Best Thing that Ever Happened” she’s helping Bojack in the Elefante kitchen after all of the staff have gone home. It’s one of the shows quieter moments, in which we see a side of Princess Carolyn we haven’t before. She’s not just an agent in this season (as much as she would like us to believe that her career is her life). She’s a good friend and a good cook. Todd, ever the freeloader, and maybe not the brightest bulb in the bunch, reveals to us in the season finale that he’s asexual, but without reducing him to the token LGBTQIA character.

One of my favorite moments in the show is in “Fish Out of Water,” where BoJack is shown, at last, just having fun with his baby seahorse. It’s moments like this where everything else disappears and he is able to let go of all the self-deprecating thoughts he has about himself, to simply be a father figure. In a way, this episode shows us the BoJack that BoJack himself wants to be, but it also reminds us of the possibility for connections where we least expect them. This theme is carried over into “Love and/or Marriage” when BoJack talks a stranger out of calling off a wedding. These subtle moments where BoJack is able open up remind us of humanity’s simple kindnesses.

BoJack does this particularly well in part because of the damage Bojack so easily inflicts and how poor his decisions are. Season two’s climax sees BoJack in bed with his deer friend’s (heh) daughter, and in this season he further screws things up by stalking her at college. In the middle of the newest season, BoJack sleeps with Todd’s friend Emily, then tries to keep it a secret from him. There’s no moral compass stopping BoJack from being, well, shitty.

There are lots of things to end friendships and relationships over in real life. But BoJack remains friends with those close to him, even amidst his recurring mistakes. If Todd can forgive BoJack after he ruins his rock opera and sleeps with his childhood friend, shouldn’t we ultimately be able to be friends with people who are doing a simple action like voting for a different candidate? If Princess Carolyn gives up her night to help BoJack impress a food critic, shouldn’t we be able to have meaningful discussions with people on the other end of the political spectrum?

It’s easy in election years to ignore or hate the people we disagree with. Our Facebook feed whittles down what we see, and it’s easy to not come in contact with those that have different views. The less contact we have, the easier it is to reduce people to that one thing we mark them by: Trump voter or Hillary voter. It’s easy to keep living our lives like that, wrapped up in our own heads, spurred occasionally by anger or frustration, but unlikely to really see people for who they are.

BoJack is a brilliant show. I keep re-watching every episode from season three (yes, partially for the animal puns I missed the first time), because in many ways, it’s a show that offers us a reprieve from the stress, the name calling, and the black-and-white view of the world that we so often become trapped in. BoJack is a bad friend, but while he’s unreliable and makes questionable life choices, we still root for him. Perhaps part of this stems from recognizing parts of ourselves in BoJack, from our admittance that people are not just one thing, because it reminds us not to reduce people to any one trait or political choice. It reminds us what happens when we hold onto our friendships. If we whittled BoJack characters down to one thing, it’s easy to see what would happen. “Asshole,” “self-defeating,” “oblivious” and “alcoholic” would be a start. But we’d miss the BoJack who writes apology notes and always reminds people of his last name in case they forgot, who acts as a surrogate father, who saves a wedding. We’d also miss the Princess Carolyn who’s a good friend, the Mr. Peanutbutter who saves the day, and the Todd who tries very hard to be a feminist.

This season succeeds in its quieter moments, in the ones that remind us of the connections that we may be able to make if we slow down for a few moments. It gives me some sense of calm to remember, even among hostile tweets and election-year rhetoric, that people are multi-faceted, contain multitudes, and have amazing things to offer the world.

Julie Krzanowski is a teacher and freelance writer in Boston, MA. You can find more of her work at andthepursuitoffeminism.com or follow her @and_thepursuit.