Boaty McBoatface Delivered the Message of Our Doom. What? | The Mary Sue 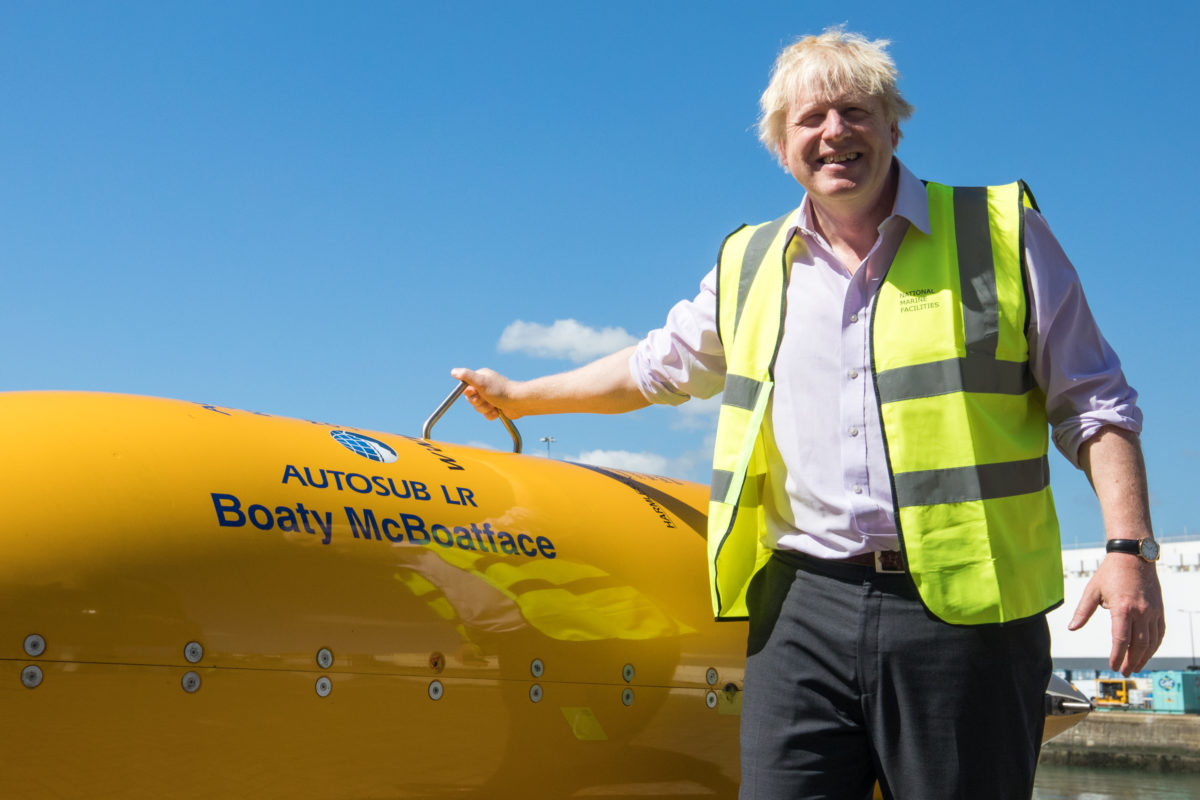 It’s our own fault that a submarine named Boaty McBoatface is telling us that we’re all going to die, but what can you do? Yep, on its maiden voyage, the internet-named vessel did some alarming climate change science and brought us the results.

So here I sit, laughing at tweets of this little boat that could, and I realize that, with my laughter, I am becoming part of the problem. The problem, you ask? Well, the problem is that we’re all laughing at the name of a boat and ignoring the fact that said boat is telling us that we’re destroying our planet.

But, you know, his name is Boaty McBoatface, so we can’t possibly not laugh at him!

BOATY MCBOATFACE: The earth is dying. The oceans rise to claim its tormentors. I have forseen untold destruction.

ME: Lmao Boaty McBoatface what a legend, we stan 😂

Boaty McBoatface Us too
telling us that focused on
we’re all going how cute it’s
to die: name is: pic.twitter.com/sSKG9YrNRn

boaty mcboatface is out here doing more for climate change research than most of our politicians https://t.co/qhkXoiXmg9 pic.twitter.com/WfDQppxB2s

Everyone meet Boaty McBoatface, the fun new ocean explorer everyone can enjoy [five minutes later] Boaty McBoatface wishes to inform you the planet is dying. https://t.co/KJMlMUT1re

It was all fun and games until I realized Boaty McBoatface will accomplish more in life than I ever will.

When the aliens visit us and ask about our planet’s rich history, I’ll tell them the story about how humans finally put their differences aside and came together to name a scientific research vessel, “Boaty McBoatface.” https://t.co/CCrqMa4lIK

Anyway, we’re all going to die, and when we all exist in the black abyss that awaits us, we can look fondly at the bright yellow beacon that is Boaty McBoatface and know that he tried to warn us. He tried to get us to clean up our planet and take everything seriously, but instead, we all sat on Twitter and laughed at other human beings who named a boat Boaty McBoatface, and then said boat was destroyed with the rest of the planet because none of us are taking climate change seriously.

So laugh all you want, but we’re the ones who are going to have to look at our maker and shrug because Boaty McBoatface brought the message of the end of days.