Hold On, HOW Much Money Is Michael Bloomberg Spending on His Presidential Campaign? 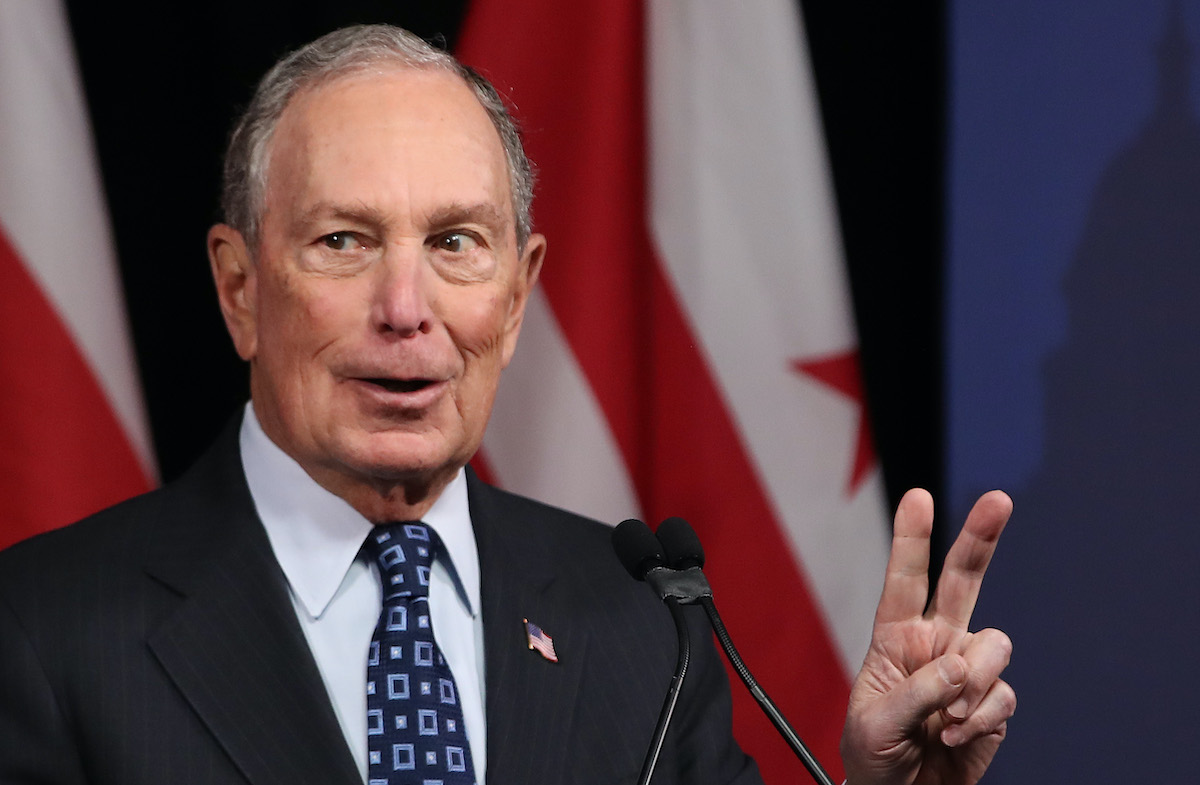 One of my favorite video games of the last year is You Are Jeff Bezos, which challenges players to spend the Amazon founder’s entire net worth. As it turns out, it is incredibly difficult to spend that much money. Given that amount of resources–a hundred billion dollars or so–what would you choose to do? How much student debt would you relieve? How much scientific research would you fund? How many yachts would you buy?

You could do a lot of things with that much money. Or you could choose to try to buy yourself a presidency. That’s what Michael Bloomberg is doing. The up-until-recently Republican has entered the Democratic race for President and isn’t accepting any donors because, depending on how you look at it, that would either be an unnecessary ask of people whose donations you don’t need, or it would too quickly reveal the lack of actual support your campaign has among non-billionaires in the world. But with a net worth of about $63 billion, why even bother opening your campaign up to that sort of scrutiny?

Michael Bloomberg has … let’s just say a lot of money. And he’s choosing to pour much of into buying himself a presidency.

In the last month, Bloomberg has reportedly spent more than $30 million on Facebook and Instagram ads alone, meaning he’s spending a million dollars a day to run for President. (And that’s just on Facebook! Which is extra weird because Facebook recently banned political ads. But I guess for $30 million, you make an exception.)

Beyond that, he’s spent $129 million on ads in Super Tuesday states at a time when other top candidates are still focused on South Carolina and Nevada and have spent zero dollars on Super Tuesday.

Oh yeah, there was also that little $11 million Super Bowl ad. In total, Bloomberg has spent about $200 million so far and has said he’s open to spending a full billion on this campaign.

If you were going to spend $200 million on some sort of vanity project, what would you choose to do with that money? Here are just a few ideas:

–You could take your pick of cancer research to fund for a year.

–Buy your own private island and pretend to be president of that.

–Send 800 of your closest friends into space.

A ticket on Virgin Galactic costs $250,000 although to be fair, it doesn’t actually exist yet. Richard Branson’s planned space tourism operation is still a few years out but so far, 600 people have bought advance tickets so why not jump on that waitlist?

In 2013, Jeff Bezos bought the Washington Post for about $250 million. Of course, Bloomberg already owns a major news outlet so he’s probably all set on that front.

–Fund 20 Senate campaigns. (Or, if we’re paying attention to contribution limits, he could give a huge boost to hundreds of local and state elections instead.)

–You could remake Dark Phoenix, you know, just in case you’re really passionate about finally seeing Jean Grey get her cinematic due. It’s no less silly or self-indulgent than Michael Bloomberg running for President.

Oh, and just in case you thought this sort of narcissistic waste of money couldn’t get any more infuriating, just know that Bloomberg isn’t actually losing any money. The thing about this sort of extreme wealth is that it just breeds more money literally overnight.

Since Bloomberg entered the race in November, his net worth has increased by $107 million every day.

Former vice president Joe Biden raised about $60 million in total in 2019. Meaning that in the first 14 hours of his campaign, Bloomberg had already gained more net worth to spend on his presidential bid than all of Biden’s glad-handing and events yielded him over the seven-plus months that he was running for president.

In fact, Bloomberg’s net worth increased more in the first five and a half days of his campaign than all of the remaining Democratic candidates raised in 2019 combined — including the $200-plus million that businessman Tom Steyer gave his own campaign. Sen. Bernie Sanders’s (I-Vt.) giant $25 million haul in January? Less than Bloomberg made while he was sleeping on any given night.

This is fine. Capitalism is fine.