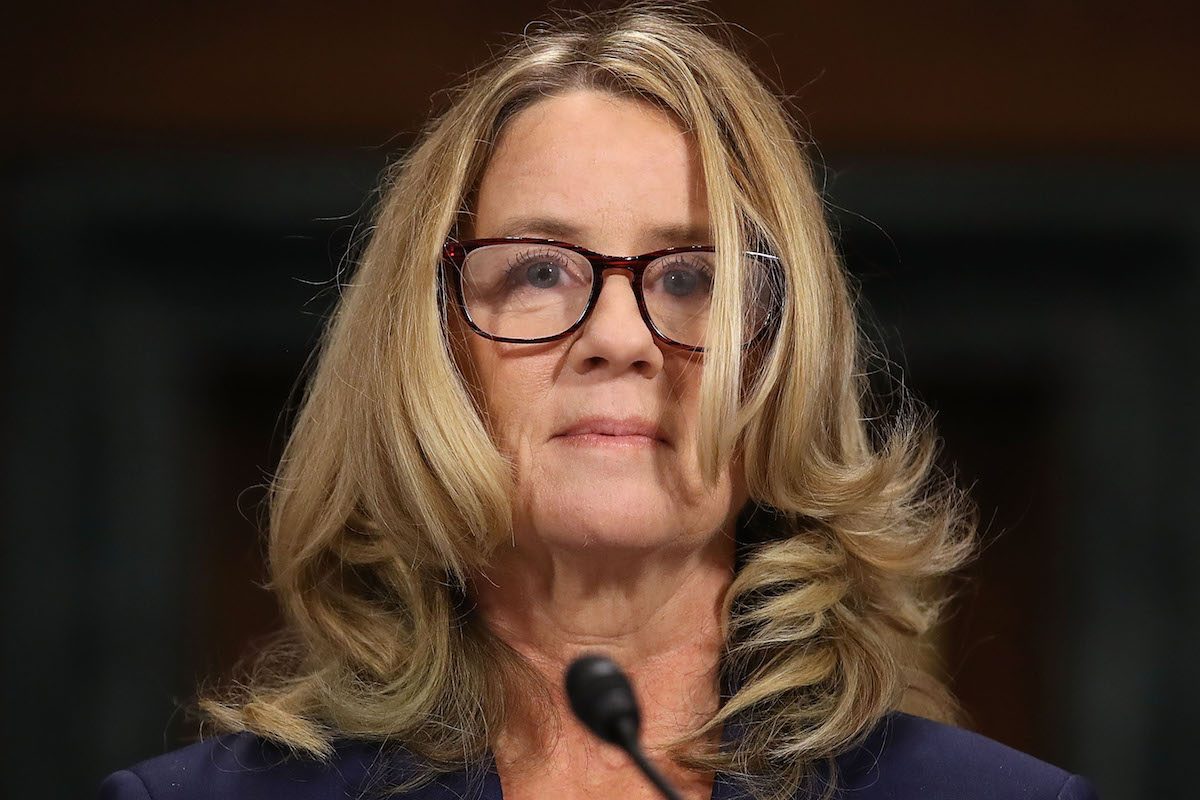 What’s an iconic magazine to do when they’re putting together their list of the most influential people and they can’t decide between including a woman and her alleged abuser? Put them both in there, apparently.

The TIME 100 is out today and in the category of “Icons,” the magazine honored Christine Blasey Ford. Senator and presidential candidate Kamala Harris wrote her blurb.

“Her story, spoken while holding back tears, shook Washington and the country,” writes Harris. “Her courage, in the face of those who wished to silence her, galvanized Americans. And her unfathomable sacrifice, out of a sense of civic duty, shined a spotlight on the way we treat survivors of sexual violence.”

Blasey Ford deserves to be on this list—a list from the magazine that named “The Silence Breakers” their Person of the Year in 2017, honoring all the people who had spoken up about sexual harassment and abuse. Of Blasey Ford, Harris writes that “through her courage, she forced the country to reckon with an issue that has too often been ignored and kept in the dark.”

Except then TIME went and also included the man that she has accused of assaulting her. Brett Kavanaugh is the entire reason why Christine Blasey Ford had to demonstrate such courage. And TIME thought it was acceptable to put them both on the same list.

You put her on the same list as the man she said assaulted her.
So disappointing @TIME
Christine Blasey Ford > Brett Kavanaugh pic.twitter.com/O91vmY8E6G

TIME magazine profiling Christine Blasey Ford alongside the man who sexually assaulted her is peak “both sides” and I’m so tired.

As if Kavanaugh’s inclusion weren’t bad enough, his blurb, as written by Mitch McConnell, is an implicit attack on Blasey Ford.

First off, McConnell’s description starts off with a straight-up lie. “When Brett Kavanaugh was named the President’s choice to succeed Justice Anthony Kennedy, he was one of the most qualified Supreme Court nominees in modern history,” he writes. People have differing opinions on just how qualified Kavanaugh was to serve on the Supreme Court, as he was arguably severely underqualified for previous positions, but to call him one of the most qualified SCOTUS nominees ever is just laughable.

From there, McConnell–who at the time of the hearing called the protesting sexual assault survivors “clowns”–writes:

But when unhinged partisanship and special interests sought to distract the Senate from considering those qualifications, we saw other facets of Justice Kavanaugh’s character shine forth as well. The country saw his resilience and commitment to public service. We saw his loyal devotion to family and friends. We saw his undeterred reverence for the law, for precedents and for our nation’s highest traditions.

The only “unhinged partisanship” we saw during Kavanaugh’s hearing was from the nominee himself. Remember how red his face turned as he yelled—actually yelled–about how Blasey Ford’s accusations were a “calculated and orchestrated political hit, fueled with apparent pent-up anger about President Trump and the 2016 election”? He called it “revenge on behalf of the Clintons” fuelled by “millions of dollars in money from outside left-wing opposition groups.”

Not only did Kavanaugh say all of this during his hearing, but McConnell is now citing his rant as the reason why he should now be celebrated. To suggest that Blasey Ford’s testimony was the result of liberal maneuvering is to undermine everything she was there to say and everything TIME is praising her for.