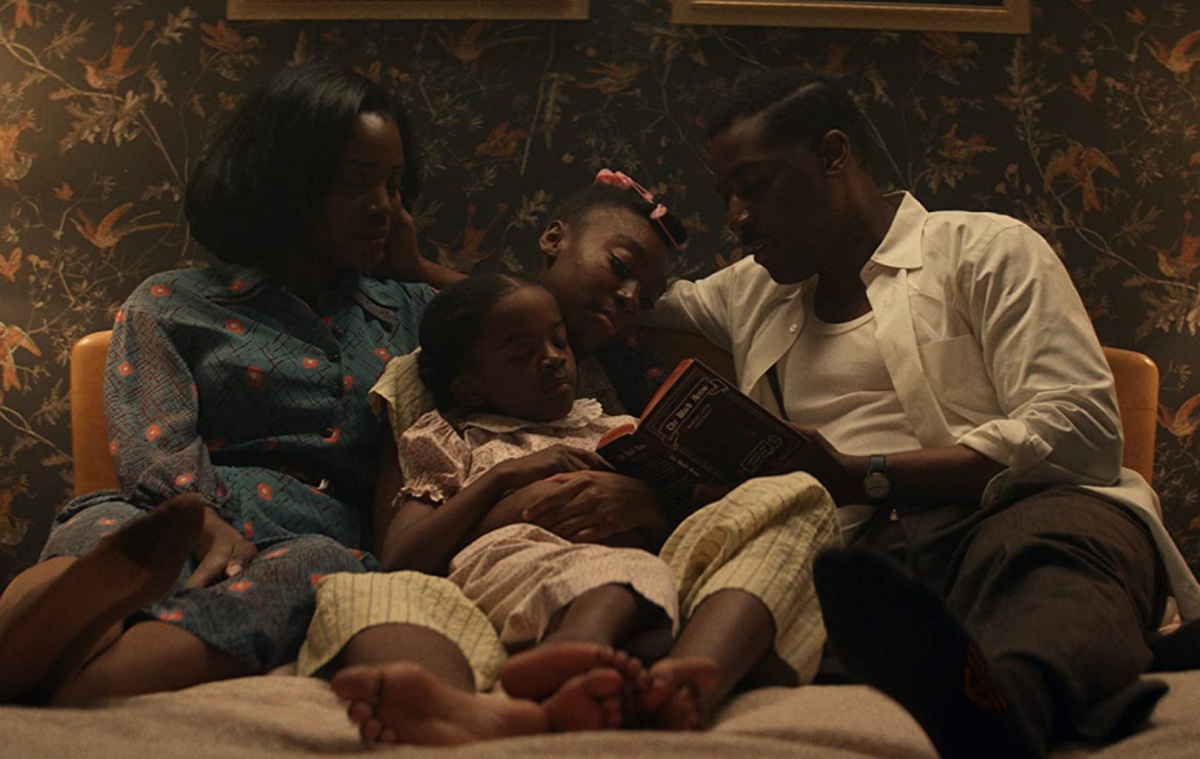 Discussions about Black pain and Black trauma in horror are conversations that require a lot of nuance. Horror is a genre built on unpacking trauma, of facing the darkest evil and defeating it—or at least halting it for some time. With Black horror, there has been a discussion about how much racial trauma really needs to be a part of any of these stories for it live in both places: Blackness and horror.

Them is a horror anthology series on Amazon Prime that was created by Little Marvin and executive produced by Lena Waithe. This first season, called Them: Covenant, follows a Black family who move from North Carolina to an all-white neighborhood in Los Angeles during the Second Great Migration during 1953.

‘The family’s idyllic home slowly transforms into an epicenter of evil forces, next-door and otherworldly, that threaten to haunt, ravage and destroy them,” says the description, and a racist haunted house, while not original, can be done well. After all, originality is not the only thing we look for in media. Horror is built upon a foundation, and the haunted house is a great place to start.

For me, Them seemed a bit uninspired, but something worth checking out—that was until I saw a piece by  Greg Braxton on the L. A Times: “The racist violence in Amazon’s new series left execs ‘shaken.’ Does it go too far?”

Braxton described a scene that takes place in the fifth episode, and it made me feel sick.

While much of the menace in “Them” comes from things that go bump in the night, the most shocking horror lies in its more realistic scenes of racist violence, which are arguably more disturbing than the vivid images in its recent predecessors. The mayhem gains momentum in the fifth episode, which depicts the murder of a Black infant while his mother is raped and continues in a later episode with the blinding of a Black couple with hot pokers, and a white mob then burning them to death.

What made me sick was not just the violence, but that I could think of actual Black folks who were victims of this kind of brutal violence—men, women, and children.

That’s the thing about putting hyper-real racial violence in horror films. Haunted houses are not real. Freddy, Jason, etc. are not real. Violent lynch mobs that rape women and murder children then burn them all? Very, very real. In 1918, a woman named Mary Turner was lynched and murdered while eight months pregnant and there are truly horrific accounts of what happened to her unborn child during the process that I cannot even bring myself to recount here. You can decide for yourself to look into it.

Get Out had an original ending where the lead character, Chris (Daniel Kaluuya), went to jail for murdering the body-snatching white people. It was changed because test audiences found it to be too dark, and we got the amazing, superior ending, with TSA bae saving the day. That is because if we are going to have these dark narratives about Black pain and Black horror, it needs to be matched with some joy, some love, some levity, because the reality is not far away—especially when we are going to invoke things that did happen.

The Stepford Wives has always worked so well for me as a horror text (especially the book) because it takes something so outlandish as a concept (men turning their wives into robots) and uses it to explore gaslighting, gender roles, and the lengths the patriarchy will go to in order to protect itself. There is no rape scene, or big “trauma” moment—just the horrific realization that your male partner could and would replace you, all while telling you nothing is wrong.

That is effective social commentary in horror. That is interesting.

We don’t need to see Black infants being murdered on a horror program about racism when Black children still get murdered by the state.