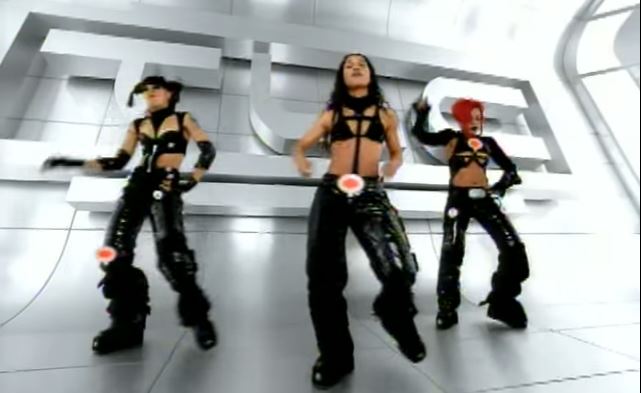 Happy Halloween, Mary Suevians! It’s that most wonderful time of the year when you can dress up and walk the streets without people asking, “Are you going to a con?” We’ve already seen some great cosplay like Vampire Diaries star Candice King’s epic Stranger Things group, as well as major missteps like Hilary Duff’s ill-advised take on American history. Yikes.

And while it would be easy to focus on the racially insensitive costumes that this holiday often brings, I’m centering in on something much more festive—#BlackGirlMagic. So here are our favorites featuring black women.

Mariah Carey as a Devil

Ever since the last presidential debate, we’ve been preoccupied with nasty women but Mimi kept it classic with this Halloween staple. Even cooler? Her entourage of Nick Cannon as Luigi and twins Moroccan and Monroe as Mario and a princess.

I have to give it up to Richie for bringing something awesome and unexpected. Plus, no great costume is complete without a perfect accessory and the lion just sets this one over the edge.

Kelly Rowland as Dionne from Clueless

“Been shopping with Dr. Seuss?”

Giving two enthusiastic thumbs up for this perfect take on Dionne’s iconic outfit. We’ve seen this costume many times before, but few have included that bold had which essentially makes the whole outfit. I have to say, this one is…legendary. (See what I did there? I’m so sorry.)

Obviously bowing down to this amazing tribute to the legendary hip hop trio.

Dallas Cowboy Cheerleaders as the Clovers from Bring It On

Bring It On is a staple in the cheer world and one of the best criticisms of cultural appropriation, which is why I was thrilled to see the black members of the Dallas Cowboys cheerleaders dressing up as the East Compton Clovers for Halloween. Even Gabriel Union, who starred in the comedy from 2000,  loved it.

Our costumes are really killin’ it this year, don’t you think? ☠️

It’s an oldie but goodie. I can’t help but love mother-daughter cosplay like this one because it’s so darn cute. Besides, that hair is giving me lacefront envy.

Tracee Ellis Ross as the Good Witch of the West

Happy #Halloween from Tracee, the Good Witch of the West Be safe and have fun!

Maybe it’s because I never saw a black outfit I didn’t like, but Ross is killing it here.

Ok so @strictlydom is sending me people killing it in #ginacostumes I’m shocked that I’m even a costume so dope! This girl killed it!!! #yougogirl #costume #happyholloween #damngina

Raise your hand if you’ll never grow tired of ’90s cosplay. This one is especially great because not only is it rare to see this, but the attention to detail is bar none. Kudos!

Where do I even begin with this one? You might as well call off those costume contests because this just won everything. This is all of your favorite ’90s icons in one place and they look amazing. Game over.

Well, that’s it on my end. What have you all seen?