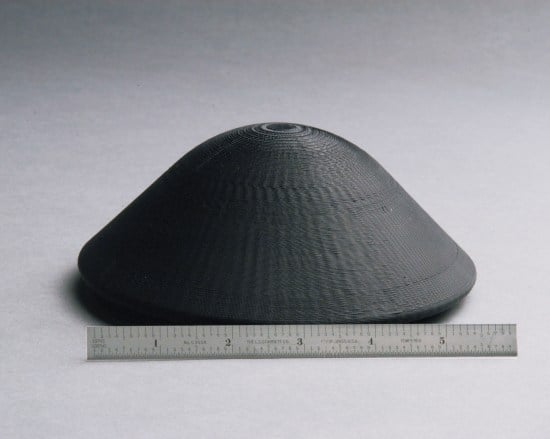 On March 30, the re-entry break-up recorder, or REBR, detached from the Japanese HTV2 cargo craft and became the first space-borne data recorder. This may come as a surprise, but despite over 50 years of spaceflight, there were few ways to reliably gather data during re-entry. The REBR, which is comparable to an airplane’s “black box” flight data recorder, could provide valuable data to scientists and space-mission planners.

Unlike an airplane’s black box, the REBR is not designed to withstand re-entry — though it is notable that in this first test, the REBR did safely splash down and continued transmitting for several hours. Instead, the 1kg 30cm REBR is attached to a spacecraft with special bolts that allow the device to break free from heat and stress. Once free, the shielded cone orients its point towards the earth and transmits its recorded data from rear-mounted satellite antenna to communicate with orbiting satellites. 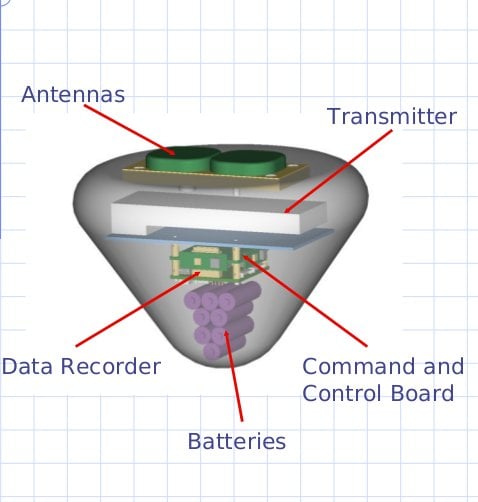 The information provided by the REBR would give spaceflight experts valuable information about what stresses spacecraft endure in the Earth’s atmosphere, and how they break apart. Much of this information will be new since in addition to not having a means to gather data in-situ, spacecraft wreckage is generally positioned to land safely in the open ocean and thus unrecoverable. This new information could be used to better design and plan spacecraft and missions, limiting the risks from falling debris.

REBR could also give insight into disasters, a need that has been sorely unfilled. According to the New Scientist:

NASA only found out in detail what happened to the space shuttle Columbia when it broke up after re-entry in February 2003 because, as the first shuttle to be built, it was heavily instrumented with some 700 test sensors – and as such was in some senses a flying flight recorder. […] It was the knowledge that any later incidents would not have that amount of forensic data that led to NASA and the US AIr Force commissioning development of the REBR.

Though there will hopefully be few instances when the REBR is used to analyze catastrophic crashes, spacecraft are deorbited all the time. If we are to continue spaceflight missions, the REBR or a device like it will be crucial to our understanding of just what those missions involve.

(via New Scientist, images via NASA)