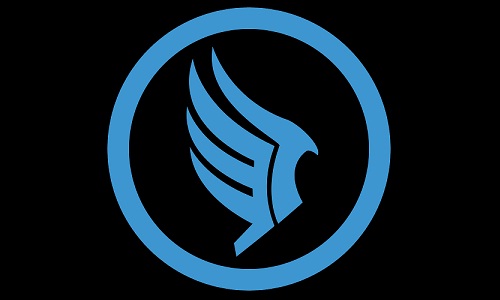 When I wrote my breakdown of the Mass Effect 3 ending kerfuffle on Tuesday, I didn’t think there’d be anything to add to the discussion for a while. It had only been two weeks since the game was released, and I figured that the very earliest we’d hear anything more concrete from BioWare would be at their upcoming panel at PAX East.

Yesterday, BioWare co-founder and general manager Dr. Ray Muzyka directly addressed the controversy through an open letter to all players of the game. He humbly accepted criticism and acknowleged the “valid principles” behind some of the more prevalent complaints. He also promised that in April, we’d be hearing more about “game content initiatives” that would address some of the fans’ concerns, notably those of narrative clarity and closure.

Let me walk you through a few of the highlights while I try to reassemble the pieces of my blown mind.

As co-founder and GM of BioWare, I’m very proud of the ME3 team; I personally believe Mass Effect 3 is the best work we’ve yet created. So, it’s incredibly painful to receive feedback from our core fans that the game’s endings were not up to their expectations. Our first instinct is to defend our work and point to the high ratings offered by critics – but out of respect to our fans, we need to accept the criticism and feedback with humility.

Muzyka acknowledges the “intense range of highly personal emotions” that players experience through the series, but admits to being surprised that the fanbase reacted to the ending as strongly as it did. He indicates that BioWare has been closely following fan reactions within social media and the official game forums, and that they are working to develop an acceptable solution.

Building on their research, Exec Producer Casey Hudson and the team are hard at work on a number of game content initiatives that will help answer the questions, providing more clarity for those seeking further closure to their journey. You’ll hear more on this in April. We’re working hard to maintain the right balance between the artistic integrity of the original story while addressing the fan feedback we’ve received. This is in addition to our existing plan to continue providing new Mass Effect content and new full games, so rest assured that your journey in the Mass Effect universe can, and will, continue.

Muzyka then gave a tactful call for civility, stating that while constructive criticism would be taken into consideration, “individual attacks on our team members” and “destructive commentary” would fall upon deaf ears (a stance we can all get behind). In closing, he requested not only that fans continue to share their input, but that they show positive support of the series that they have grown to love so well.

Trust that we are doing our damndest, as always, to address your feedback. As artists, we care about our fans deeply and we appreciate your support.

Encouraging, conciliatory letters are par for the course when you’ve got a fanbase to soothe, but this is no mere piece of PR fluff. To accept criticism and encourage dialog without making good on it would be professional suicide, and BioWare knows it. This letter is more than an olive branch. It’s an open hand.

Though the letter still leaves a lot to speculation, there are a few key changes from last week’s statement from Casey Hudson. Hudson assured fans that BioWare was listening and that public feedback had always been a key component to the development of this series, but he offered nothing further. Muzyka’s message is different: They’re listening, they understand, and they’re going to do something about it.

Of course, nobody knows what that “something” is yet (probably not even BioWare). Will they be making changes to the existing ending, or will they be tacking on additional content that helps to explain and expand the ending as is? I find the latter far more likely, but right now, your guess is as good as mine. However, if there’s one thing you can count on, it’s that the phrase “game content initiatives” is going to fuel volumes of speculative theories between now and April.

Becky Chambers is a freelance writer and a full-time geek. She blogs over at Other Scribbles, and she is currently running a Kickstarter campaign to help get her first sci-fi novel off the ground.