During the Pandemic, a Lot of Billionaires Have Gotten a Lot Richer 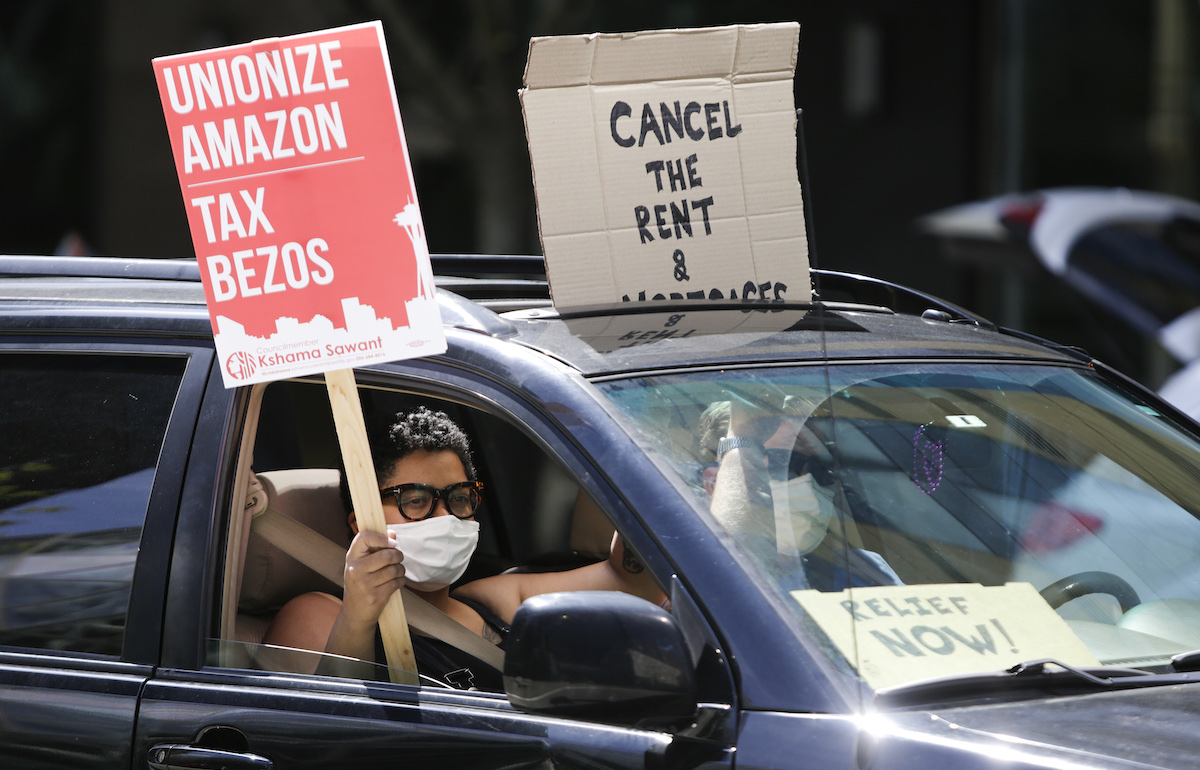 According to a new report from Americans for Tax Fairness and the Institute for Policy Studies’ Program for Inequality, over the last two months, while most of the country has been in lockdown and unemployment has risen to Depression-era rates, many of the United States’s richest people only got richer.

Between March 18th and May 19th, U.S. billionaires saw their wealth grow by a combined $434 billion. A similar report from Inequality.org notes that in the 10 days after that, that wealth grew by another $51 billion. Jeff Bezos and Mark Zuckerberg have seen their combined wealth increase over $63 billion in those 10 weeks.

Welcome to week 10 of the tale of two pandemics. https://t.co/4fPMaPmoCb pic.twitter.com/pMgBqzBUxx

A weird number of people online who have appointed themselves as the defenders of the ultra-wealthy have been quick to point out that in mid-March, the billionaires’ worth would have been unusually low, since that was when the stock market was at its lowest point this year. But the starting date for that tracking isn’t arbitrary, it comes from Forbes’ annual billionaires list. And while pretty much everyone on that list might have been seeing losses at that point, Inequality.org notes that “within weeks … these losses were erased.”

Billionaires have bounced back from the coronavirus’ effect on the economy. The rest of us haven’t been so lucky.

If you don’t recognize this as violent looting, then you’re either a billionaire who built this corrupt economy, or you’ve bought in to a system designed to oppress you. https://t.co/yNgT5kbQvN

Wednesday night, protests erupted in Minneapolis and other cities across the country in response to the police’s killing of George Floyd. That this study went viral on the same day some of those protesters are facing criticism for looting is not a coincidence and it’s not going unnoticed.

WOW, looting! This is disgusting! https://t.co/R5I8F7YHAh

This must be the looting everyone is talking about https://t.co/9jTnw7tMtM

Absolutely terrible to hear about all the looting happening right now. Someone should intervene https://t.co/m5mYkZnIoV

Obviously, these are two very different conversations. But disparities in wealth, respect, safety, and security run through the core of both.

Minneapolis Mayor Jacob Frey says last night’s violent protests are a reflection of the reality the black community has faced and 400 years of inequality. He says to ignore it would be to ignore the “values we all claim to have.”