Bill Hader on Playing BB8 in The Force Awakens. Yes, You Read That Right. 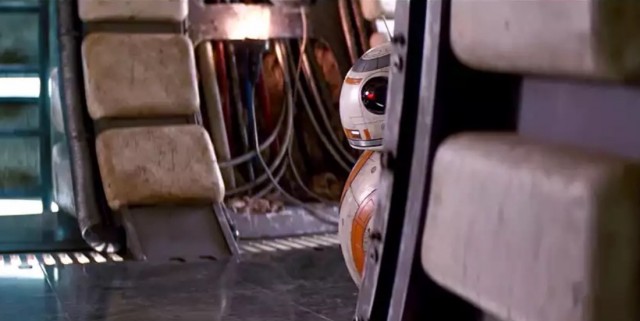 BB8 is already the breakout star of The Force Awakens, and the movie hasn’t even come out yet. You’d expect that BB8’s mellifluous beeps would’ve been created exclusively by The Force Awakens’ sound design team — but if you thought that, you’d be wrong. BB8’s voice is actually the product of two pretty awesome “vocal consultants”: Bill Hader (Inside Out) and Ben Schwartz (Parks and Recreation).

According to HitFix, few people who saw the premiere screening of The Force Awakens (until right now) have been talking about one of the most interesting credits in the film – “BB8 Vocal Consultant” – for which Hader and Schwartz are both credited. Here’s what Hader had to say about the process:

J.J. f**king around with this sound effects app on his iPad that was attached to a talk box operated by me. It looked ridiculous but it made BB-8’s voice. At first I tried doing a voice, but we all agreed it sounded too human.

We can assume that Schwartz did the same thing. It’s pretty amazing that through all this hullabaloo surrounding Star Wars that this hasn’t come up until now and Hader has done zero press. This is why it’s important to keep your eyes on the credits at a movie, people! First, because films are a collaborative effort and everyone in those credits deserves appreciation. Second, you just might see a credit you weren’t expecting.