Due to a technicality. 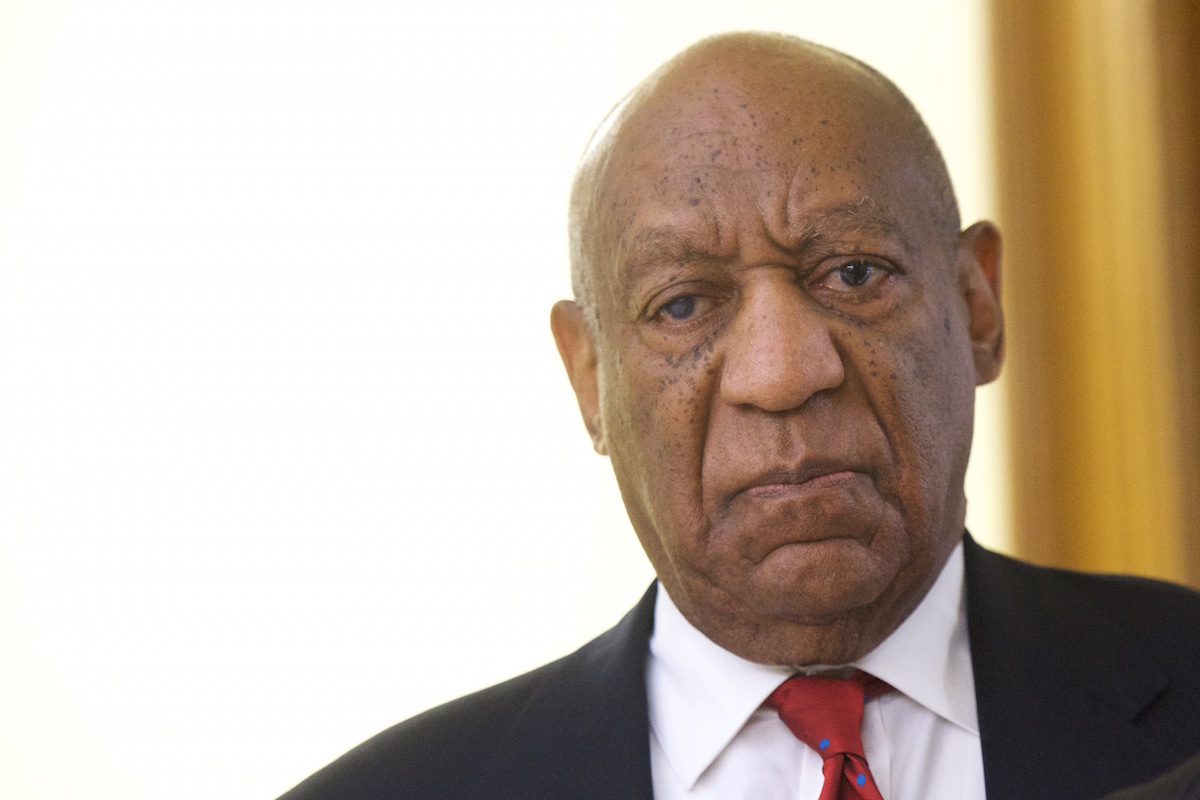 Bill Cosby is a free man. Yes, you read that right and your eyes aren’t deceiving you. The man that 60 women came forward with accusations of sexual assault about, and who freely admitted to drugging women, has had his conviction vacated by a Pennsylvania State Supreme Court. And his release honestly feels like a slap in the face to those that came forward and opened up about the things they experienced thanks to this monster.

Cosby had just served three years of a three to 10-year prison sentence when the Pennsylvania Supreme Court ruled that he’d been denied a fair trial in 2018, according to the New York Times. A three to 10-year prison sentence is a joke in the first place when you take into consideration the scope of the accusations made against him and the crimes he was convicted of having committed. But that’s nothing in comparison to this joke where he’s going to walk free.

According to CNN, his release is due to his right to due process being violated in the “first major case of the #MeToo era.” A statement released by the Cosby Family says Bruce Castor is the reason why Bill Cosby is being released. Castor, who also defended former President Donald Trump at his second impeachment trial, struck a non-prosecution deal with Cosby that “should’ve” shielded him from charges.

Back in 2005, according to Newsweek, Judge Steven O’Neill “ruled that the promises Castor had made were not legally binding on the current district attorney because only Castor’s word supported the non-prosecution pledge.” Now, they’ve reversed O’Neill’s ruling, leading to the conviction against Cosby to be overruled and thrown out.

Bill Cosby: a prosecutor once promised me that i could never be charged for this rape

The United States justice system: omg of course our bad! Ur free

Speaking as a victim of sexual assault, this overturning of Cosby’s conviction feels like privilege and money finding their way around women who have bravely come forward to speak their truth and are now being told that their honesty isn’t enough. And I’m not the only one who finds his release abhorrent and ridiculous, and who believes in survivors.

Fuck the system and fuck you Bill Cosby. https://t.co/duM7e97JhY

BILL COSBY IS NOT INNOCENT. HE HAS NOT BEEN EXONERATED. His release means that Cosby, a sexual predator, was incarcerated within a criminal legal system that has as little regard for its own rules and procedures as Cosby does for his victims.

Ignore the trolls. I said what I said.

so just so we’re clear, Bill Cosby is out of jail, Louis C.K. is touring, Chris D’elia is still doing shows in LA and cancel culture has absolutely gone…too far

So in this instance, kids, your favorite TV mom is loud and wrong. There was no miscarriage of justice, and Cosby is being released on a technicality. I will explain it all in this thread. https://t.co/K9HtjpLC1Y

I wonder if Bill Cosby’s obscene wealth had something to do with this pic.twitter.com/BXBhD9aiCR

Bill Cosby released a statement saying that his release is a victory for Black Americans.

That is utter BULLSHIT.
Rapists do NOT speak for us.

Bill Cosby will always be guilty. There … I said it.

This is why women don’t come forward.

This is why I didn’t come forward.

I was asked, “well, why didn’t you report the rape if it REALLY happened.”

The answer: because I didn’t feel like getting raped twice: once by my rapist and again by the legal system.