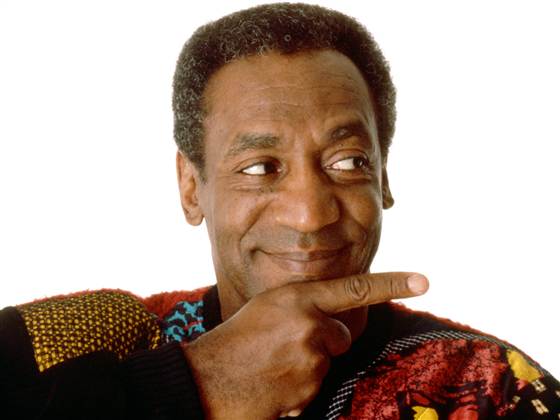 [Trigger warning for mentions of sexual assault.] Somewhere, someone is facing a long stretch of unemployment.

Yesterday afternoon, in a since-deleted tweet, Bill Cosby (or a member of the 77-year-old’s team), tweeted an invitation for the Internet to “meme him”using his website’s new meme generator: 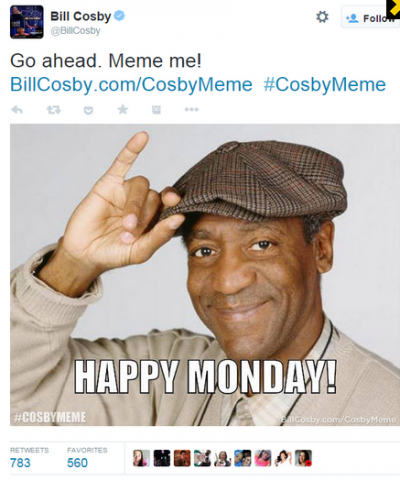 Cosby (or his team) even made their own memes as an example of all the wholesome, family-friendly fare the comedian has made to mine from:

If you’re wondering how @BillCosby‘s team *thought* #CosbyMeme would go, these are the examples from his website. pic.twitter.com/skq3WC7sBM — dan barker (@danbarker) November 10, 2014

Of course, asking people to couple your image with text of their choosing is just inviting criticism, especially when you have a reputation for sexual misconduct. Thirteen women have come forward since 2002 to claim they were drugged and/or assaulted by the comedian; Cosby settled out of court in 2006. A biography published earlier this year, Bill Cosby: His Life and Times doesn’t mention the allegations, but Cosby and his team should have known the kind of criticism they’d receive in this new bid for relevancy. Here are some of the memes made on the Cosby generator within just a few hours of that initial tweet:

According to some meme-makers, the words “rape,” “rapist” and “sex” began to automatically disappear in the generator late last night:

The #CosbyMeme also inspired a discussion of the possible double standard evidenced in the Internet’s eagerness to skewer a black icon accused of sexual misconduct, instead of prominent white men who have faced similar charges:

Of course, the one thing we can say for sure: someone’s getting fired. But it won’t be Bill Cosby.