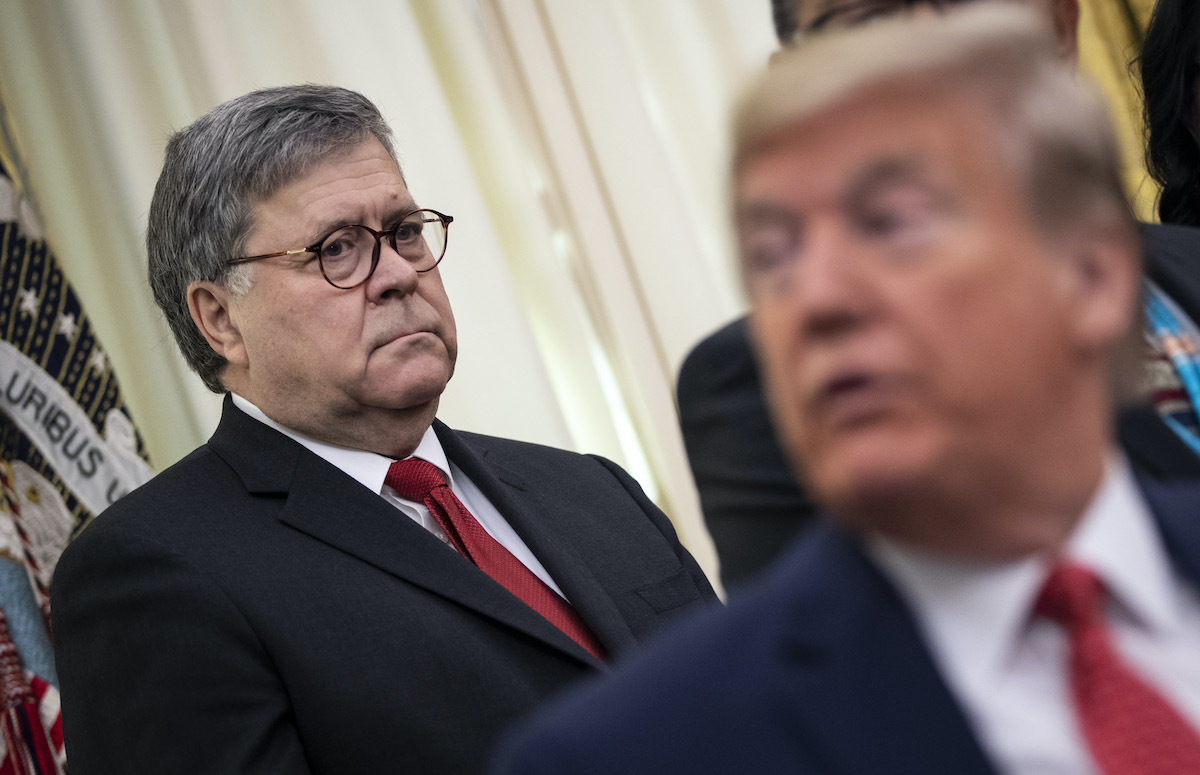 Donald Trump has always surrounded himself with a rogues gallery of malignant toadies and sycophants. But few have been as effective and damaging to our democracy as Attorney General William Barr. It was Barr who ordered the teargassing of peaceful protesters in D.C. so Trump could get his bible-holding photo op. And it was Barr who tried to undercut and hamper the release of the Mueller report.

In his latest attempt at obstruction, Bill Barr announced that Geoffrey Berman, the head US attorney for the Southern District of New York, would be resigning from his post. In a press release from the Department of Justice, Barr wrote, “I am pleased to announce that President Trump intends to nominate Jay Clayton, currently the Chairman of the Securities and Exchange Commission, to serve as the next United States Attorney for the Southern District of New York.” It should be noted that Clayton has never served as a prosecutor.

Barr failed, however, to tell Berman, who has since responded that he will not be stepping down. Berman released a statement saying, “I learned in a press release from the Attorney General tonight that I was ‘stepping down’ as United States Attorney. I have not resigned, and have no intention of resigning, my position, to which I was appointed by the Judges of the United States District Court for the Southern District of New York.” He added, “I will step down when a presidentially appointed nominee is confirmed by the Senate. Until then, our investigations will move forward without delay or interruption.”

But why would Barr try to oust Berman, a powerful Trump donor who the president appointed to his position in 2018? The answer, as it always is with this administration, comes down to corruption and obstruction of justice. Berman is leading a probe investigating Trump lawyer and BFF Rudy Giuliani and his associates Lev Parnas and Igor Fruman. His office also tried and convicted Trump lawyer Michael Cohen, and indicted the Turkish state-owned firm Halkbank, which Trump promised Turkey’s President Erdogan he would take care of.

Barr tried to convince Berman to transfer to a different position, offering him the civil division of the Justice Department, before firing him. But while the president and his administration can fire Inspectors General and other important oversight watchdog positions, they legally cannot fire Berman.

Because Berman was appointed by a panel of judges, he cannot be pushed out until a new US attorney is confirmed by the Senate. Democratic leaders called out Barr for obstructing justice and dismantling our democracy to benefit the craven president, with several calling on Barr to be impeached:

America is right to expect the worst of Bill Barr, who has repeatedly interfered in criminal investigations on Trump’s behalf. We have a hearing on this topic on Wednesday. We welcome Mr. Berman’s testimony and will invite him to testify. https://t.co/SpVYzLhANR

This is a naked abuse of power. I’ve already called for AG William Barr to resign & for Congress to impeach him. Congress should pass my bill now to defund Barr’s authority to interfere with matters related to Trump, his family, & his campaign.https://t.co/qyScqhFkiw

The Department of Justice Inspector General and the Office of Professional Responsibility must immediately launch an investigation into the reasons behind the decision by President Trump and Attorney General Barr to attempt to dismiss Geoffrey Berman. pic.twitter.com/GSJ4rk9DPO

Make no mistake—Bill Barr will go down in history as having aided and abetted the most corrupt president this country has ever seen.

Donald Trump has just fired Geoffrey Berman. Barr released a statement saying, “Because you have declared that you have no intention of resigning, I have asked the President to remove you as of today, and he has done so.”