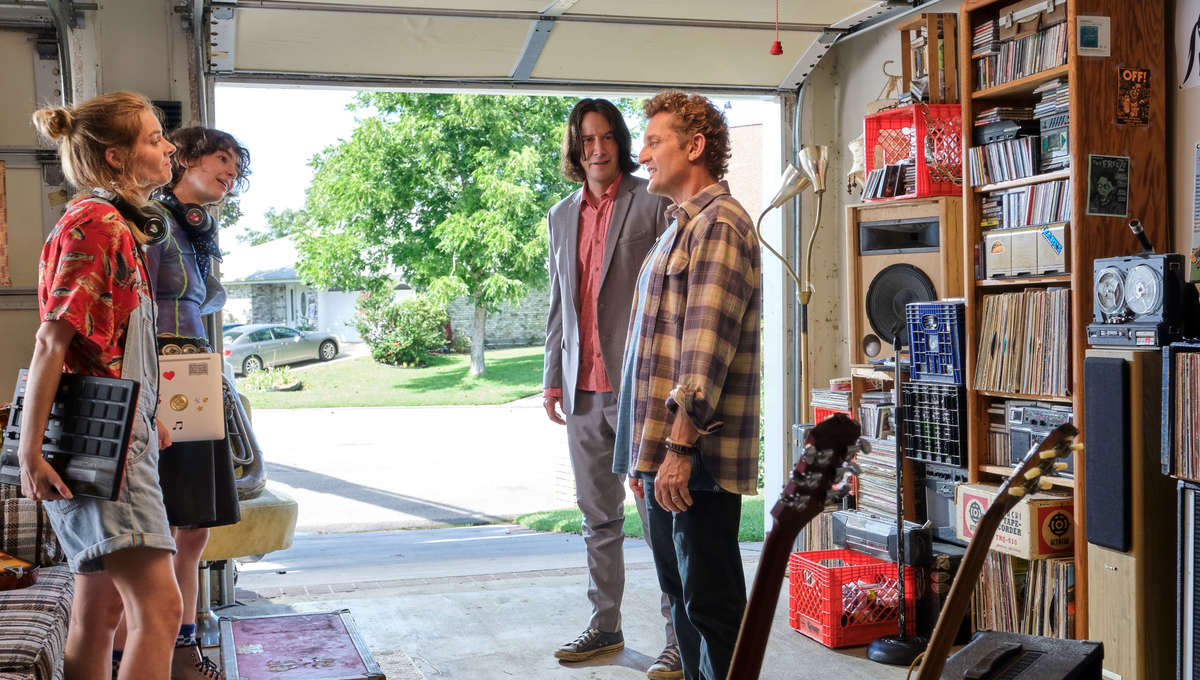 As much as we all want to be reminded of the power of music and being together, it doesn’t seem as if we’re going to get a Bill & Ted 4.

Despite what you may have heard, there is literally no plan to make a fourth Bill & Ted movie, but then again, the talk of one grew from a We Got This Covered “scoop,” so … are we surprised? But don’t worry, screenwriter Ed Solomon has us covered and made sure to put this rumor of a new Bill & Ted film to rest.

To be fair, Face the Music did reunite the world in their love for Bill S. Preston Esq. and Ted Logan, so it makes sense why people would want more of the franchise. But Face the Music also gave us a perfect sendoff to these characters.

Throughout the entire run of Bill and Ted’s journey together, they were trying to find a way to unite the world with their song.

In Excellent Adventure, the two must find a way to pass their history class. Bogus Journey gave us Bill and Ted trying to make it back to Earth alive and well after their brush with death, and so when they finally get to Face the Music, they are tasked with actually uniting the world, the task that everything has been building towards.

It’s a perfect little trilogy of movies that works. And sure, maybe years down the line, there will be some reason to make a fourth. Maybe someone uses the time machine to reverse what Bill and Ted were able to do, and their daughters will have to join them in another fight. Or maybe their daughters need to reunite the greatest musicians of the world to save their dads.

Who knows what the future will bring? Right now, we don’t need another Bill and Ted movie. I personally think that Face the Music was a perfect way to wrap up the series and brought Excellent Adventure and Bogus Journey together in a way that was exciting for fans of the original two movies while also tying everything together in a nice little bow.

So, shoutout to Ed Solomon for quickly putting these rumors to bed, but also maybe just because Bill & Ted Face the Music was a success doesn’t mean we instantly need another one. Face the Music was a perfect ending. So, let’s remember the song that brings us all together.