Twitter Is Tearing Bike Cops Apart and I, Personally, Love to See It 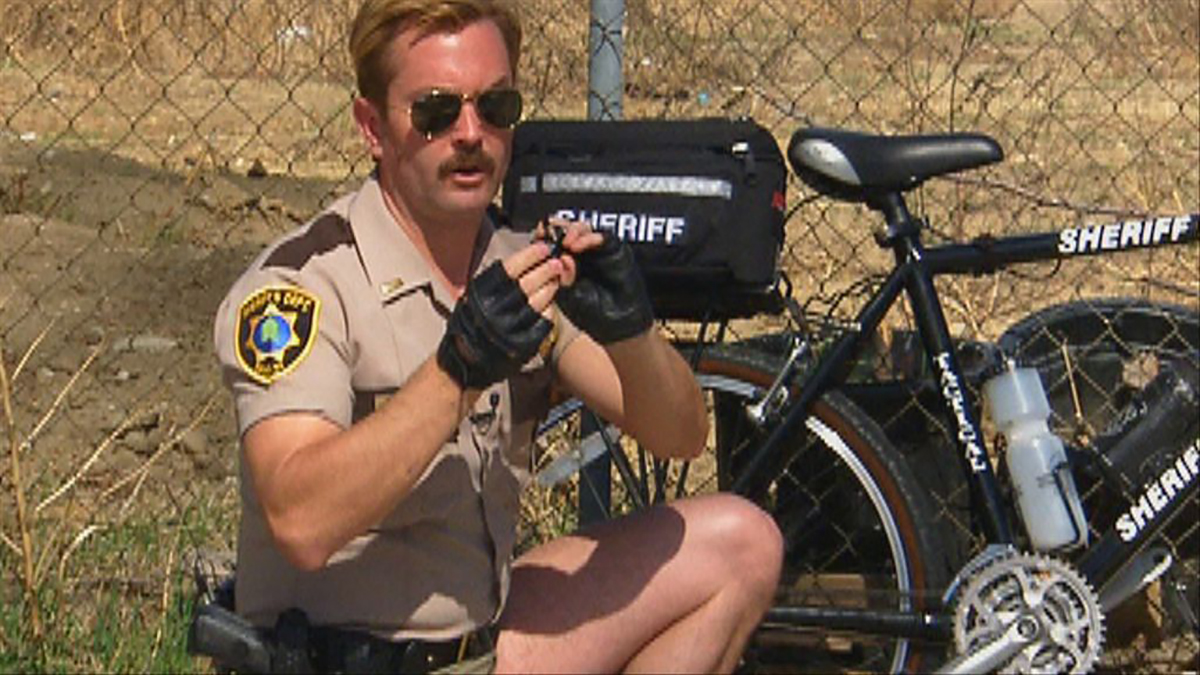 I don’t know who thinks to themselves “I would love to be a bike cop,” but there are apparently those people out there. They’re the cops who try to run you down on the beach for, like, sitting on the sand where you’re not supposed to or walking your dog in the bike lane. I don’t actually know what their purpose is, and I don’t care enough to look it up, because the point is: How are you a cop on a bike? Are you arresting someone and handing them rollerblades to follow behind you on? What’s the point???

That being said, bike cops have led to one of the funniest videos on the internet right now. The “elite of the elite” of the Miami police rode up to the camera on their bikes chanting “move back,” and despite how dangerous cops have proven themselves to be lately doing things just like this,

Here the #NYPD over bullhorn sends out an order to bike cops “Start engaging this group right now” We watched from my window as cops forcefully advanced on them. It’s hard to see in vid, but its clear they’re rushing on the crowd to the point that cops tumble off their bikes. pic.twitter.com/cKQzv8Djwa

this attempt to look tough for the cameras is literally the funniest thing I’ve ever witnessed—especially since one of them cannot get off a bike in an easy fashion.

EXCLUSIVE: “These officers are the elite of the elite”.
A look at @MiamiPD’s Bike Response Team- a specialized unit deployed to handle large crowds and protests. I’m LIVE at 6 on @nbc6 pic.twitter.com/4ejZk1w0iV

This is the same energy:

In fact, many fans of Reno 911! have taken to mocking this video (as well as a lot of other things happening right now) with clips from the show, because Reno 911! did a great job of making cops look like, appropriately, like absolute imbeciles.

I set that police bike response video to the theme song of Reno 911 pic.twitter.com/PzGSZSI19D

What’s great about this video isn’t a bunch of cops making a fool of themselves (well, that’s part of it), but it’s that someone somewhere watched it and said to themselves “This is it, this is the one” when there was almost a pile-up of cops because the one swung his bike out too much. I’m sorry, but have you guys just like … not been riding bikes for that long? It’s not that hard to dismount.

Twitter came up with a plethora of jokes about the video, because let’s be honest: It’s funny as all hell.

lookit these dumb motherfuckers acting like middle schoolers who finally learned to pop a wheelie on their huffy https://t.co/ZjIB8uaEoH

I can’t decide what part I like the most
1. The coordinated chanting
2. The middle guy getting a foot stuck on seat while dismounting
3. The very non-elite sound of a kickstand https://t.co/CFbYCs1SqX

If they arrest you do you have to ride on the handlebars? https://t.co/qVZgatrBYP

Obviously this demands that people put different audio to it. https://t.co/gVV7JS0iSI

It’s better than I thought it’d be. pic.twitter.com/sGhLkakkRE

Anyway, imagine thinking bike cops (or any cops for that matter) are the elite of the elite. That’s hilarious. For even more of the schadenfreude you might need right now, you can just search “cops falling off bikes” online.

Id like to more videos of cops falling off their bikes pic.twitter.com/dVuvcWWHPG