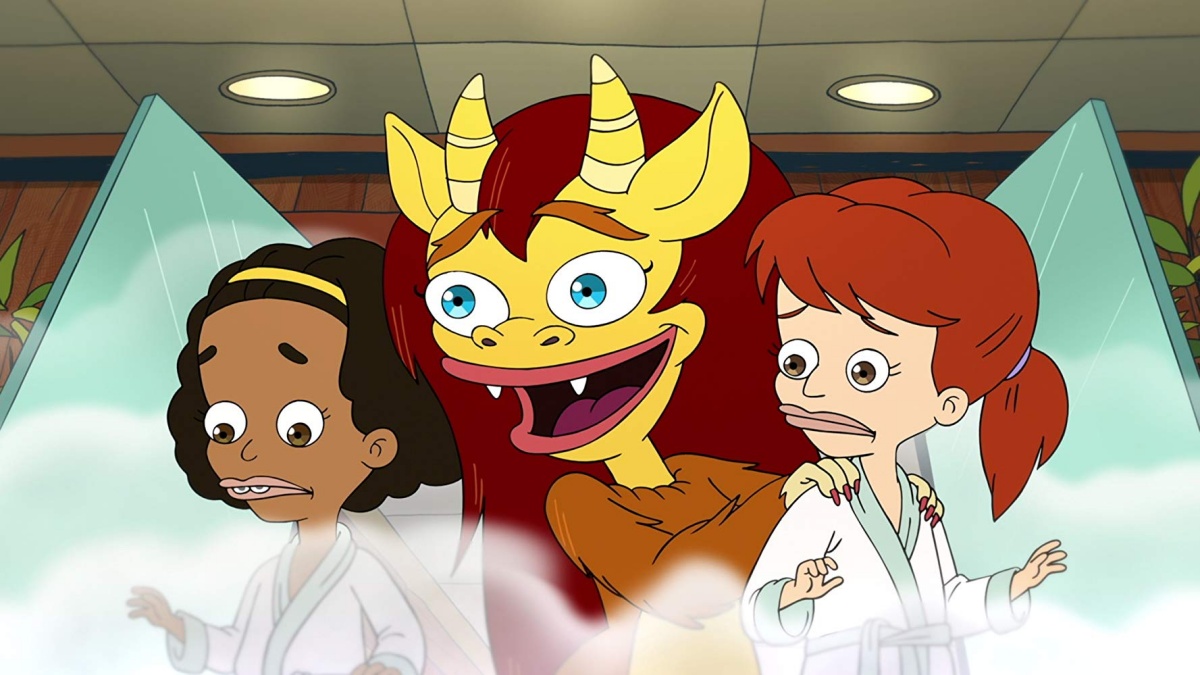 On the heels of Tuca & Bertie‘s much-too-early cancellation, Netflix has just announced one of its biggest renewals to date by picking up three additional seasons (4–6) of the adult animated series Big Mouth. This renewal is part of a deal Netflix has signed with Brutus Pink, the newly formed animation production company of the creative team behind Big Mouth.

Deadline reports that, in a statement, Mike Moon, head of adult animation at Netflix, said, “Big Mouth brilliantly captures the most awkward phase in a person’s life, puberty, in a hilarious yet heartwarming way. We couldn’t be more excited to continue our relationship with Brutus Pink and bring more stories, more humor, and more hormones to Netflix members around the world.”

Big Mouth is created/executive produced by Jen Flackett, Nick Kroll, Andrew Goldberg, and Jen Flackett (who make up Brutus Pink). Kroll leads the voice cast, doing a majority of the voices alongside John Mulaney, Jenny Slate, Fred Armisen, and of course, Maya Rudolph. “Netflix has given us the best creative experience imaginable, and we’ve been able to build an amazing community of talented writers, actors, producers and artists,” Kroll, Goldberg, Levin, and Flackett said. “We’re thrilled to be continuing with everyone for years to come.”

Now, I love Big Mouth, and I’m glad that it’s going to be around for multiple seasons. That being said, I decided to take a look at the directors and writers for both Big Mouth and Tuca & Bertie, and the latter show has 50% episodes directed by women and 50% by men, as well as having mostly female writers, with their two male writers being men of color. In comparison, Big Mouth had no female directors until the Valentine’s Day special “My Furry Valentine,” which was co-directed by Kim Arndt & Bob Suarez.

That isn’t meant to erase Jen Flackett or the women who work on the series, but it’s jarring that a majority directed, written, and produced female-led animated series that also deals with sex and sex-positivity, that got overwhelmingly positive reviews is gone, but Big Mouth is going to be around for a lot more seasons. Again, I deeply enjoy Big Mouth, and I think it has delivered in a lot of ways, especially the most recent season, but I can still be disappointed at what Netflix chooses to invest and take risks on.

I hope that Big Mouth will work on bringing in some more female/non-white talent behind the scenes, because the show is truly great, but that doesn’t mean it couldn’t stand to invest in other people the way Rick & Morty did. Women gave us “Pickle Rick,” the episode that won the 2018 Primetime Emmy Award for Outstanding Animated Program, the first Emmy Award won by Rick and Morty, and don’t you ever forget it.