Biden Unveils COVID-19 Plan and It Feels So Good to Have Science, Compassion, & Common Sense Coming Back to the White House 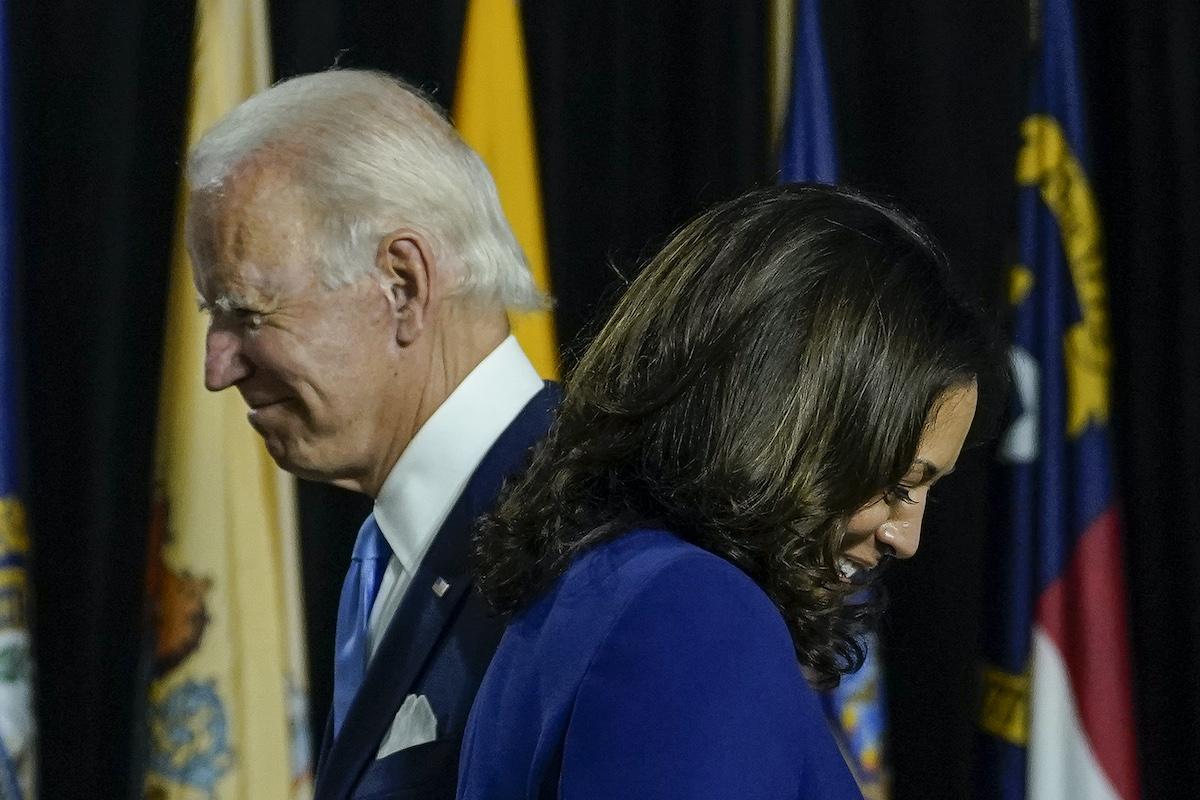 Joe Biden and Kamala Harris’ transition website is now live, and it’s a place where the transition team can share, among other things, the administration-elect’s priorities as they get ready to take office. As of right now, the site details four of the team’s plans: COVID-19 response, economic recovery, racial equity, and climate change.

It’s been so long since we’ve seen basic common sense and compassion in the White House that I am feeling weirdly emotional.

NEW: The Biden transition website is live and updated, with a list of priorities, an outline of the transition, and what he wants to do on Day One. https://t.co/bePtuKMqJA pic.twitter.com/Zr7BT9rafN

Biden’s got a COVID plan and it’s an enormous relief to read while simultaneously mind-boggling how obvious some of this should’ve beenhttps://t.co/Y3FGVrjNPF

As a progressive I know I’m going to spend a lot of time wanting to push Biden left.
But right now I’m just so relieved to see anyone doing anything competent about anything. https://t.co/gDOytBWY2V

The Biden/Harris plan to address COVID-19 is comprehensive and addresses a huge range of issues including testing, PPE, jobs, and economic stimulus for small businesses, local and state governments, and individuals. It calls on Americans to wear masks and on governors and local authorities “to make that mandatory.” It speaks to the need to protect people from losing their health insurance as they battle the long-term effects of the virus. His pandemic advisory team is full of actual scientists and doctors.

But wait many of these are infectious disease experts https://t.co/txuU3Vqx9w

The plan is full of common sense and common decency, which should not feel so remarkable, but it does. By the time this administration takes office, we will be nearly a year into this pandemic. It is shameful and tragic that it will have taken that long to make the bare minimum of progress in this direction but at least it will finally happen.

Not that the Trump team is making that easy. They’re doing everything they can to stop (or at least slow) the transition. Trump has still refused to officially concede the election and Rudy Giuliani is still out here ranting about fraud.

Also, the Trump appointee who heads the General Services Administration has not yet signed the letter necessary to allow the new administration to officially begin their transition.

The administrator of the General Services Administration, the low-profile agency in charge of federal buildings, has a little-known role when a new president is elected: to sign paperwork officially turning over millions of dollars, as well as give access to government officials, office space in agencies and equipment authorized for the taxpayer-funded transition teams of the winner.

It amounts to a formal declaration by the federal government, outside of the media, of the winner of the presidential race.

If Emily Murphy would just sign the letter recognizing Biden as the winner of this election, it would release $9.9 million for his team to use for salaries and other expenses leading up to inauguration. It would give them office space and government email addresses. They’d get access to senior officials to make sure the transition goes smoothly for their various agencies.

Instead, she’s taking her time, possibly planning to wait until December 14, the deadline for Electoral College votes to be certified. That means the Biden-Harris teams would lose five weeks of work waiting for this one civil servant in charge of buildings to give them the go-ahead.