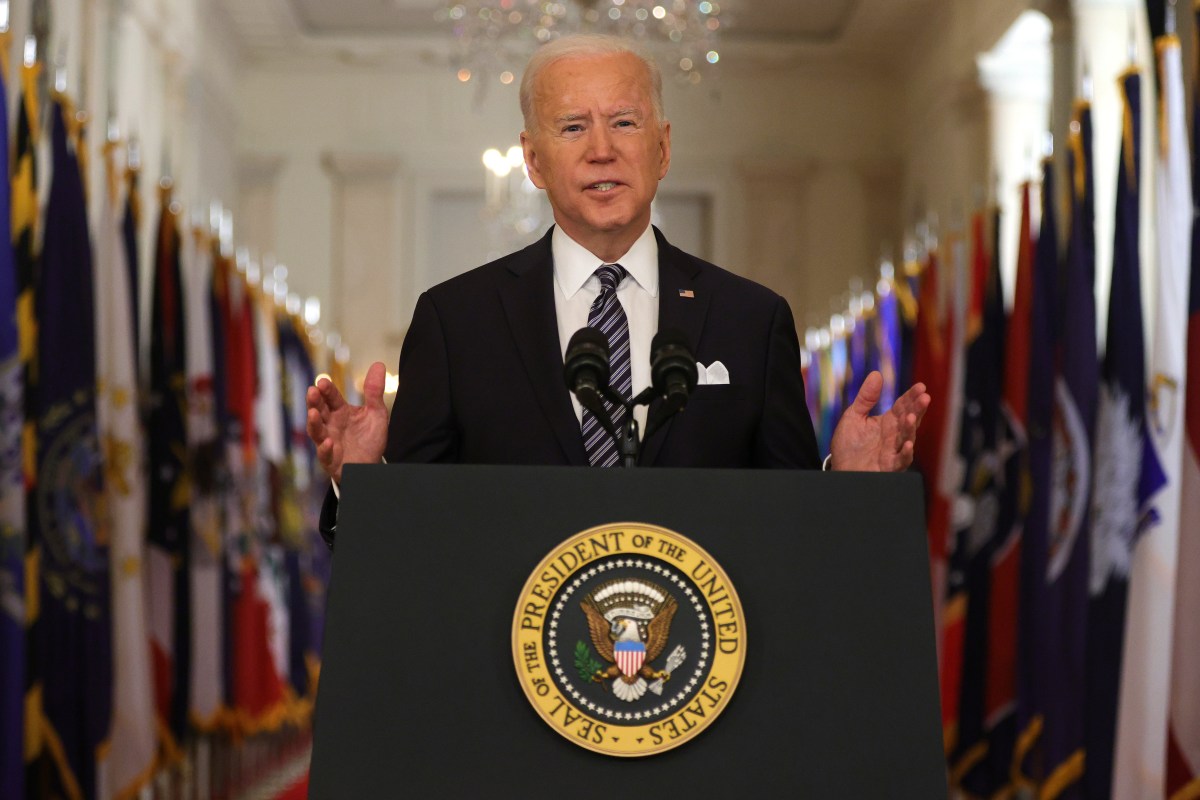 President Biden has called on Congress to act in the wake of the deadly mass shooting at a King Soopers store in Boulder, Colorado, where a man armed with an assault rifle killed 10 people and injured several others. Just last week, another mass shooter killed 8 people, including six women of Asian descent, in the Atlanta spa shootings. In his speech, Biden called for a nationwide ban on assault weapons, background check reforms and broad changes to magazine capacity restrictions.

In a statement from the White House, Biden said:

“While we’re still waiting on more information regarding the shooter, his motive, the weapons he used, the guns, the magazines, the modifications to those weapons that have apparently taken place here, I don’t need to wait another minute, let alone an hour, to take commonsense steps that will save lives in the future … We can ban assault weapons and high-capacity magazines in this country once again.”

President Biden says Senate should “immediately pass” two House bills closing loopholes in firearm background checks: “This is not and should not be a partisan issue. This is an American issue. It will save lives, American lives. We have to act.” https://t.co/RRG9ImW8JW pic.twitter.com/EiUneq2JMP

Biden was referring to the previous assault weapons ban, which was part of the 1994 crime bill which then-senator Biden helped draft. As a direct result of the ban, gun massacres fell 37 percent. But when the ban expired in 2004, they rose by 183 percent.

Biden then urged the Senate to pass two House bills regarding gun control reform, which include a universal background checks bill measure and a ban on assault weapons and high-capacity magazines. These reforms are popular with a majority of Americans. “The United States Senate ― I hope some are listening ― should immediately pass the two House bills that close loopholes in the background check system,” Biden said. “These are bills that received votes from both Democrats and Republicans in the House. This should not be a partisan issue.”

Biden is also looking at possible executive orders on gun reform, with press secretary Jen Psaki saying, “We are certainly considering a range of levers, including working through legislation, including executive actions to address, obviously, you know, not just gun safety measures but violence in communities, so that has been under discussion and will continue to be under discussion.”

Gun control and the assault weapons ban have wide bipartisan support, but efforts have long been stymied by the Republicans in power, and by Mitch McConnell especially. Now that Democrats have a brief window of controlling the White House, the House, and the Senate, they are poised to act on this critical legislation.

12 days ago: Boulder’s assault weapons ban was overturned with support from the NRA

7 days ago: The suspect purchased an assault weapon

One day ago: 10 people killed https://t.co/JaZOoNY8Ah

But of course gun reform, like so many agenda items, also depends on Democrats nuking or reforming the filibuster. And they have a lengthy list of policy proposals they want to get done before the midterms. Still, while the American Rescue Plan a done deal, it’s harder to imagine a more pressing agenda issue than gun control. Human lives are literally at stake.