The Attempted Slave Rebellion of Denmark Vesey/Telemaque | The Mary Sue 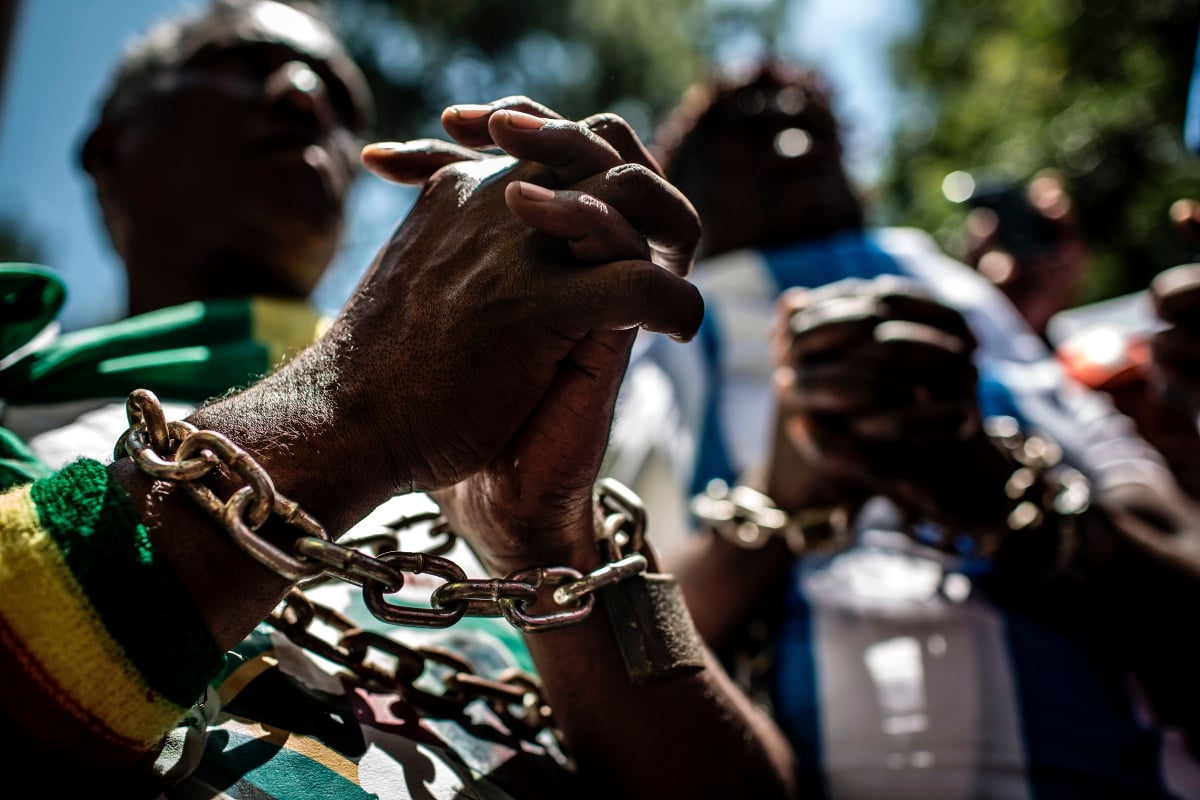 There are dozens of slave rebellions that have taken place across the diaspora where slavery existed. Countless slaves were stolen from their homeland and put into slavery—slavery that differed from the ancient world in that it explicitly and directly used race, not right of conquest, as the perceived validity of the institution. During Black History Month, I want to highlight some of the slave rebellions that have taken place across North America, South America, and the West Indies as a reminder that Black people, no matter where they were in the world, were not passive in the fight for their own freedom and emancipation. This is Freedom Friday.

The Attempted Rebellion of Denmark Vesey

I waffled back and forth between doing Nat Turner’s Rebellion or Denmark Vesey for the North American leg of this rebellion journey but decided to land on Vesey, because while Vesey has slowly become more well known, Turner’s is probably the more famous one. Plus, this has an interesting aspect of being suppressed from the very beginning, before violence could actually take place.

To understand Denmark Vesey’s Rebellion, we must look a the history of Charleston, South Carolina at the time.

In the first U.S. census in 1790, the Charleston District was reported to have a population of 15,402 white people and 51,585 Black enslaved people. By 1800, the numbers were 18,768 to 63,615. Charleston contained more Black people than the Black populations of Philadelphia, Boston, and New York City combined. Yet, 8 to 9 percent of the white population controlled Charleston’s wealth and political power.

The enslaved Black population was forbidden to appear in daylight on the streets wearing fine clothes, smoking a cigar, playing musical instruments, or carrying a walking stick. A night curfew also forbid them from walking the public streets at all until after sunrise the next day. Black people found violating the curfew without a written pass would be sent to the Work House, where they would be whipped and jailed until their master paid a fee. Free Black people were viewed as suspect and were expected to bow to white people as they crossed the street. Those who didn’t were viewed as uppity or “bad niggers.”

Denmark Vesey had, in his old age, become the latter. Speculated to have been born in St. Thomas with the name Telemaque, he was purchased by a slave trader captain known as Captain Joseph Vesey (Vesey Street in Manhattan is named after a relative of the slave captain). Captain Vesey made his living transporting Black enslaved people from one sugar island to another so they could become “seasoned” after the horror of the trans-Atlantic slave trade.

However, as Charleston became the epicenter of slave traders and by the late 18th century, most of their slave market preferred “saltwater black,” enslaved people from Africa, in comparison to those imported from Barbados, the Virgin Islands, or Jamaica because of their history of rebelling against their leaders. That was how Denmark Vesey/Telemaque ended up in South Carolina.

At the age of 32, Vesey won his freedom in a lottery and became a skilled carpenter and a founder of an independent African Methodist Episcopal (AME) Church in the city. Despite being free and able to go elsewhere, either in the States or newly emancipated Haiti, Vesey wanted to help free his fellow people from what he saw as the eventual culling/genocide of Black people in the area.

Between 1804 to 1807, 202 slave ships from Africa docked in Charleston, with 26,744 captured Black people, in order to get as many slaves into the country as possible before the slave trade (not slavery itself mind you) became illegal in the States. This meant that by 1822, the year of Vesey’s planned rebellion, the Black population of the Charleston District was larger than the white population, which was struggling to house them. By 1819, the price of cotton began to fall, so now, this large unpaid workforce was not as “convenient.”

In Vesey’s mind, the white population did not value the lives of Black people, and once they were deemed as too big a threat, a culling would occur. As someone who spent the definitive years of his life being forced to serve a slave trader, Denmark was very certain of this. Another slave captain, once concerned that the enslaved humans on his ship would not survive, dumped them overboard. The Charleston newspapers then complained of Black corpses littering the area’s beaches and marshes.

So, Vesey and his co-conspirators, especially a slave named Peter Poyas, planned to kill slaveholders in Charleston, liberate the slaves, and sail to Haiti for refuge. Vesey claimed to have been getting support from Haiti, but it is unclear if that was actually true.

Vesey and the co-conspirators all continued to play into the “domestic charade” in which whites felt safe, because they believed slaves would not revolt because “they knew they were loved as extended family,” which … go fuck yourselves. Black enslaved people played into those ideas by hiding their emotions behind the illusion of being part of that family. That means that when rumors of the rebellion did trickle down from traitors, the government and white slave owners were not ready to believe it.

Elias Horry, who attended his slave’s trial, asked, “Tell me, are you guilty? For I cannot believe unless I hear you say so … What were your intentions?”

John Horry, the enslaved man on trial, responded, “To kill you, rip open your belly, and throw your guts in your face.” John Horry was later hanged.

The tragedy of Denmark Vesey’s rebellion was that it was well-organized, well thought out, and had the numbers to succeed, but they were betrayed by two slaves: George Wilson and Joe LaRoche. LaRoche was originally aligned with Vesey and brought in his friend George Wilson into the conspiracy. Wilson, however, was deeply loyal to his master, and the mayor, James Hamilton, was told, organized a citizens’ militia, and groups of armed men patrolled the streets daily for weeks until many suspects were arrested, including 55-year-old Denmark Vesey.

When he was sentenced to be hung, the judges told Vesey, “You have realized the fable of the Frozen Serpent, and attempted to destroy the bosom that sheltered and protected you.”

To the white people of Charleston, the potential rebellion was a signal of their biggest fears—that the emancipation of Haiti and the existence of educated Free Blacks would lead to an uprising from which their “kindness” towards their slaves would not protect them. It speaks to their true delusion that a kind master made enslavement better, when it really just made the lashing of the whip slightly less hard.

The story of Denmark Vesey was a fascinating one to me because he was a free Black man. He didn’t have to plan a violent rebellion; he could have moved away or played into the expectations of the time in order to be accepted by free Black society. As a judge told him, “You were a free man, comely, wealthy, and enjoyed every comfort compatible with your situation. You had, therefore, much to risk and little to gain.”

Denmark Vesey worked to craft what would have been, as Thomas Wentworth Higginson put it in The Atlantic, “the most elaborate insurrectionary project ever formed by American slaves” if it had come to pass, and history would have looked a lot differently if it had.

Denmark Vesey: The Buried Story of America’s Largest Slave Rebellion and the Men Who Led It by David Robertson

Other North American rebellions to read up on:

Stamped from the Beginning: The Definitive History of Racist Ideas in America by Ibram X. Kendi