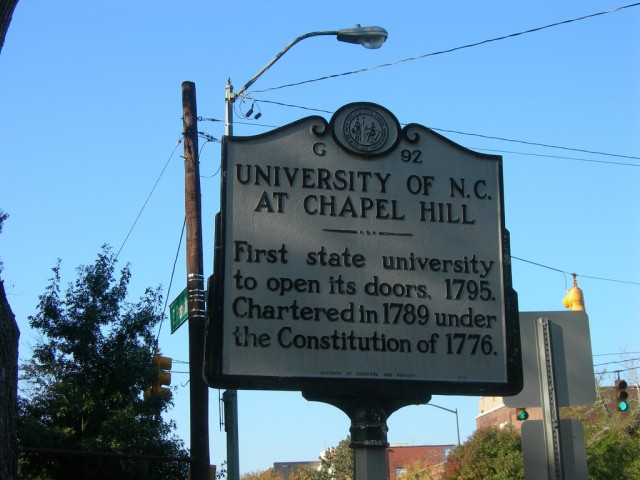 In what has to be the one of most ill advised stunts ever pulled by a startup, a budding social media network recently send out an urgent email to over 30,000 students at the University of North Carolina warning them of a possible shooter

in the area who did not actually exist.

The email, which was sent by a company called Bevii under a fake “Alert Carolina” address, says the following:

Chapel Hill police are investigating a report of innovation which occurred around 10:01 a.m. Monday, October 14, in the general area of Franklin St. and N. Columbia St. At precisely 10:01am yesterday, in broad daylight, shots were fired on Franklin Street. The victim is being described as a blue, outdated social network.

The current suspect is Bevii, a mobile, location-based social network only available to select Universities. Bevii, apparently, makes and values your relationships automatically based on who you spend time with. For more information on the suspect, click here <http://bevii.com>

Reportedly, over 500 UNC Students have already been affected by the victim.

Sponsored by the Social Media Police of Chapel Hill.

Now, we’re guessing that not a whole lot of people who actually bothered to read through the whole e-mail were fooled for very long. After all, Bevii is basically claiming that they killed Facebook (or, well — huh. All the social media networks are blue, aren’t they?), and the lead-up to that statement bears little to no resemblance to the way that these sorts of e-mails are actually structured. So it’s not as if Bevii were actually trying to make readers believe that an actual person had gotten shot on Franklin street.

But then again, the people who bothered to listen to War of the Worlds for longer than ten minutes probably weren’t fooled either. Those types of people not the problem. The problem is the scores of students who might have seen the words “shots were fired” show up while absentmindedly checking their e-mail, and immediately panicked because on-campus shootings happen frequently enough to not be implausible.

And really, even if you pretend that every human being in the entire world is perfectly capable of calmly and rationally dismissing outlandish marketing campaigns, why in God’s name would you want to paint your own company as a mass killer, especially at a time when gun control and public shootings are such heated points of discussion? What would have been a much better story is if Facebook had been the social media network waving a gun around, and Bevii could have put themselves in the role of the big damn hero who jumped out from under a desk and apprehended the shooter. But then again, that would have required actual thought from Bevii, which is clearly not their modus operandi.

So did the campaign actually accomplish what it set out to do? Well, we are all talking about Bevii now, which they probably appreciate  — but the University of North Carolina also banned the website from campus internet so students can no longer access it. So… no, we’re guessing. Serves them right.