Without a Shred of Self-Awareness, Betsy DeVos Says Political “Principles Have Been Overtaken by Personalities” 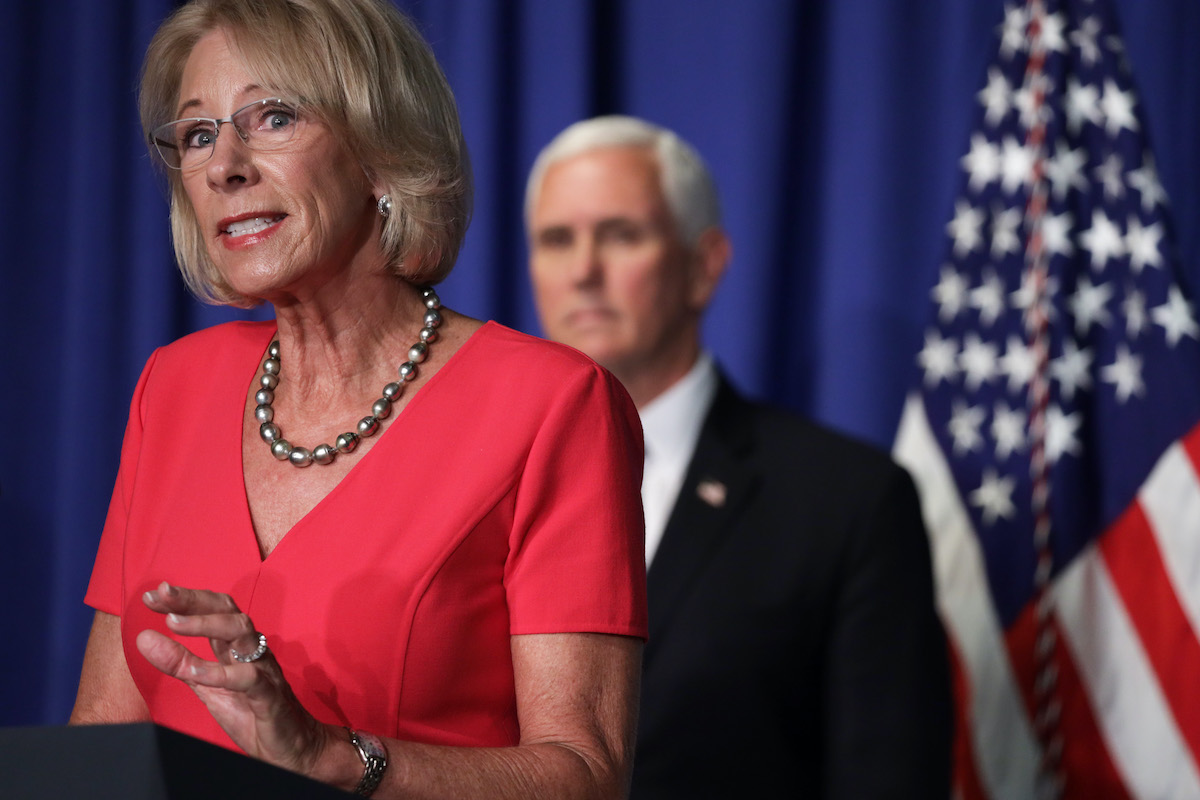 Speaking at a Republican Leadership Conference over the weekend, former education secretary and real-life Dolores Umbridge Betsy DeVos demonstrated a truly stunning lack of self-awareness, even for her, as she warned attendees that politics is facing a “principles” problem.

“Politics now are so often about people, not the policies that impact lives directly,” she said, according to the Detroit Free Press, adding that in today’s political landscape, “principles have been overtaken by personalities.”

DeVos is absolutely right in what she’s saying, but the fact that she’s the one saying it is beyond parody. She didn’t mention Donald Trump’s name, but when she reminds the crowd that “ours is not a movement dependent on any one person,” it’s pretty obvious who she’s talking about.

Yet when that “personality” used the blind loyalty he’d amassed to appoint her to her position leading the Education Department despite a total lack of qualifications, I don’t remember her having any similar warnings. There is no reason whatsoever that DeVos should have had that job, except that Trump demanded complete, unquestioning devotion from the Republican party, and for the most part, he got it. If things had been based on “principles,” Trump would not have been able to push through unqualified candidates like DeVos. She benefitted from the GOP’s cult of personality more than most.

As a reminder, when DeVos was named Education Secretary, she had no experience with (or even apparent interest in) public schools. She’d never run or even participated in the sort of higher education programs she would soon be in charge of. Her confirmation hearing proved she lacked even a basic knowledge of American education systems. Her sole qualification seemed to be her immense wealth and her only goal at the time was the privatization of education. (She would go on to add a secondary goal of forcing schools to go easier on accused rapists.)

In her speech this weekend, DeVos compared her time in Washington to a dentist appointment: unpleasant but necessary. Meanwhile, the rest of us were going through something more akin to a root canal without novocaine. At least the infection has been removed.