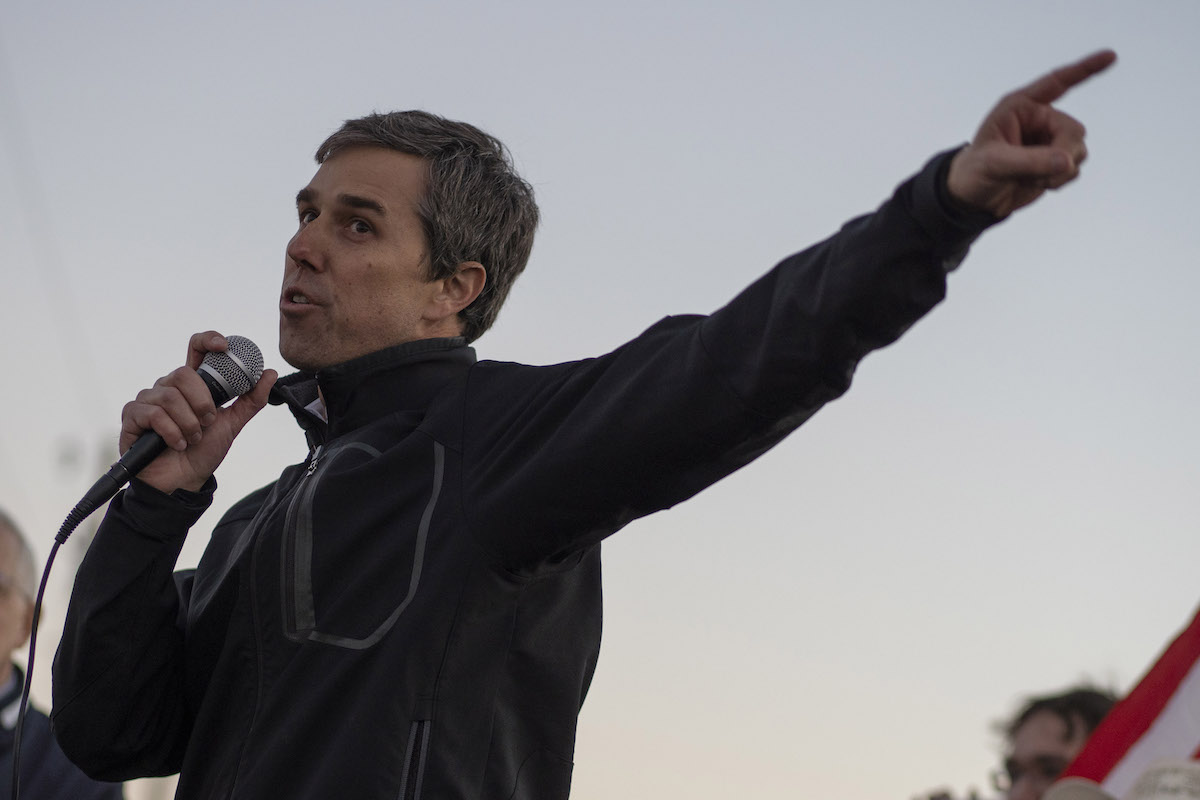 Former Texas representative Beto O’Rourke has officially announced that he’s entering the 2020 presidential race, a move that many assumed was coming, but that’s getting extremely mixed reactions.

On the one hand, O’Rourke was an exciting figure in last year’s primary season. He lost his race against incumbent Senator Ted Cruz (ugh), but his campaign was impressive. He came closer to winning that deep-red senate seat than any Democrat in 40 years.

He was so successful in mobilizing Democrat voters that even though he lost his race, Democratic candidates swept nearly every judicial seat in Houston’s Harris County (the most populous county in the state) and flipped a number of other important state appellate courts, deeply changing the state’s judicial landscape. He also gained national attention after a number of his energetic, inspiring town hall speeches went viral.

On the other hand, I don’t think I can put it any better than this perfect headline run by Slate, stating simply “Beto 2020 has no reason to exist.”

A lot of people are asking why O’Rourke thinks he can win the presidency when he couldn’t even beat Ted Cruz, one of the more universally disliked figures in politics. The more important question might be why he thinks he could–or even should–win the presidency when he hasn’t made it clear what he has to offer that the already over-stuffed 2020 Democratic challengers don’t.

O’Rourke would enter the race as a man without a clear political ideology, a signature legislative achievement, a major policy issue, or a concrete agenda for the country. Those in the know tell the Atlantic that Beto is planning to run as a candidate “offering hope that America can be better than its current partisan and hate-filled politics, and that the country can come together,” but that—brace yourself—he hasn’t yet “landed on how he’ll propose to actually make that happen.” That’s more of the same empty words Beto’s been offering in public since his loss to Cruz. “I don’t know where I am on a [political] spectrum, and I almost could care less,” he said at a recent stop in Wisconsin. “I just want to get to better things for this country.”

That sort of “If you build it, they will come” idea of stumbling into greatness is repeated in a recent Vanity Fair cover story. Speaking on his astounding success in Texas, he said that while many doubted he could run a successful campaign, “I knew that with enough work and enough creativity and enough amazing people, if I’m able to meet them and bring them in, then we can do it.”

“That’s how I feel about this,” he told the magazine. “It’s probably not the most professional thing you’ve ever heard about this, but I just feel it.”

O’Rourke’s best talent and his main appeal seems to be his ability to get people excited about him. There’s no denying his incredible skill as an orator. That’s how he mobilized so many voters in Texas, and how he raised an astounding $38 million in donations from supporters all across the country.

Even his official announcement video, released today, has the excitement of one of those viral rallies or town hall speeches. Technically speaking, it’s a little awkward to see that sort of big-stage energy coming from Beto on a sofa, holding his wife’s hand.

i am so sick of wives being forced to silently gaze!!! why even include her? ?? when i run for president my husband will be in the background feeding our cats https://t.co/UdsqCKzK6U

Still, his passion is exciting and even contagious. But passion is not a good enough reason to enter this overcrowded field. Especially when that field is stuffed with extremely qualified people from demographics that are still underrepresented in politics. Beto knows this, but it’s not enough to keep him from running.

The other way to meet that challenge, of course, would be to not run. To tackle a race closer to home, or to throw his support behind another more qualified candidate. A lot of people are still on Team Beto. For others, the context of this race vs. 2018 is too different to see him with the same level of excitement we may have had even just a few months ago.

Beto O’Rourke had a lot to offer Democratic voters in Texas. What he has to offer in this race has yet to be seen.