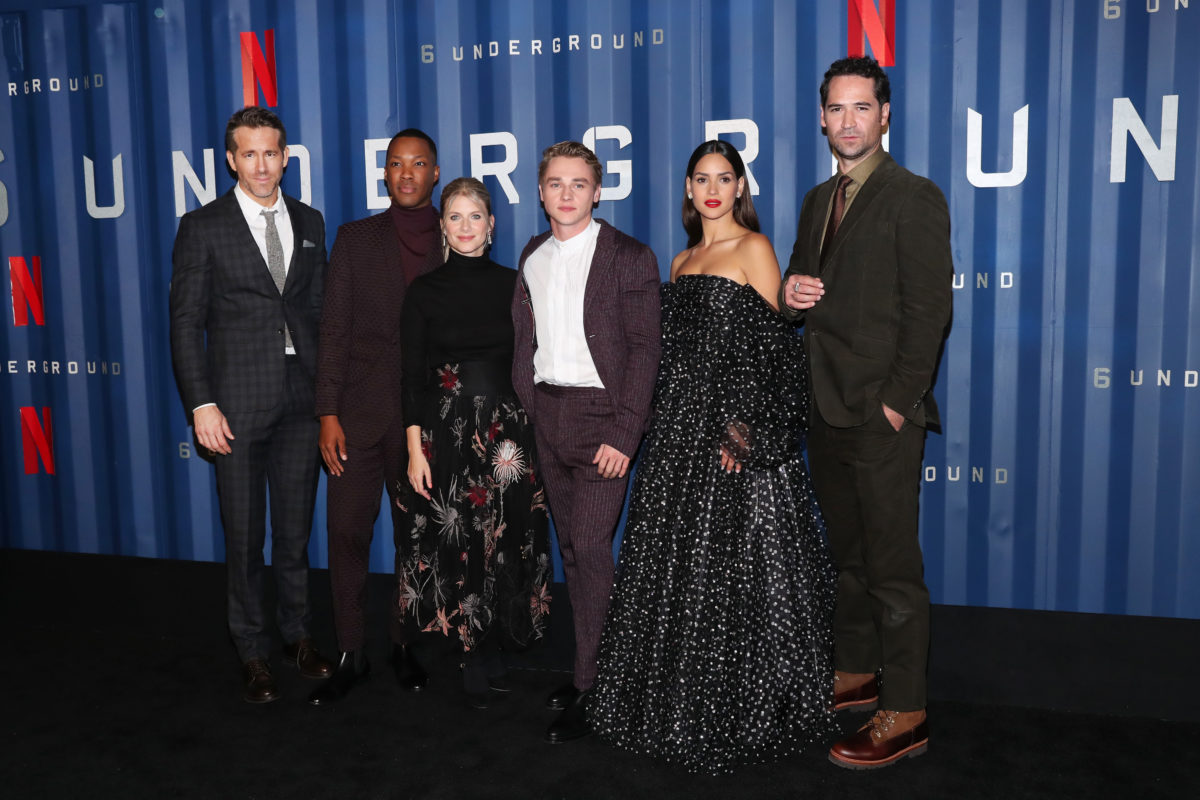 6 Underground is an action movie that’s ready to tackle the idea of what we know those movies to be like, and from iconic director Michael Bay, we’re almost guaranteed an action-packed time. It also helps that stars like Ben Hardy are extremely excited to work with such a legend of film.

When I got to talk with Ben Hardy about the film, he instantly talked about how the name Michael Bay brought him to the project:

I was a big fan of Michael Bay’s movies, especially The Rock and Bad Boys and Armageddon and so, for me, when I got the casting break down with Michael Bay written at the top of it, that, for me, was what got me interested. And this film, it feels like Michael has just been given free license. It’s super R-rated and high budget and it’s just like Michael Bay on steroids.

This isn’t the first time that Hardy has dabbled in the action genre. He brought Angel to life in X-Men: First Class and subsequent films in the X-Men franchise, but 6 Underground is a different juggernaut (pun intended) entirely.

I’ve done action before in the superhero world but never an R-rated film but I always just like to try and do something new.

But action isn’t the only genre that Hardy has done before. Famous for his role as Roger Taylor in Bohemian Rhapsody, Hardy is no stranger to switching up genres when the characters appeal to him.

Bohemian Rhapsody is almost a beast of its own. What do I prefer? I don’t know. I don’t necessarily think I have to chose. I like to do both. Would I like to do things that are more focused on character study? Yeah I’d love to do that but do I love doing an action movie? Yes. I’m a cinephile myself and I love all genres of film, except maybe slashy horror movies. So, I just like to try and be a part of films that I grew up watching and loving and being a fan on set myself so for me, there is no favorite.

While he is a cinephile, I asked him to tell me something he wanted to do that he hadn’t done yet, and he seems to want to return to the stage.

I did theater when I came out of drama school but I would love to go back to stage.

But when I asked him about whether he’d do a musical or a straight play, he said he didn’t have the pipes to sing. I pointed out that an actor who wasn’t seen as a “singer” is going viral on Twitter for his rendition of “Being Alive” in a movie. Hardy had some questions.

Did he now? What’s the name?

I responded telling him it was in Netflix’s own Marriage Story, but Hardy hasn’t seen it yet.

He’s singing in that? Is it a musical?

I hated to have to break to Ben Hardy that there are just two Sondheim numbers in Marriage Story, but he was still questioning about Driver’s performance.

Did it sound like him singing it? Or has it been heavily treated?

So, hopefully we can see Ben Hardy taking on a musical sometime soon. But then again, 6 Underground is a big undertaking, so maybe right now, he can bask in his film with Ryan Reynolds and company. Then again, he hopes that many will see the film as Michael Bay’s directing style demands: on a big screen.

I think Michael Bay makes cinematic films, I think it’s best watched at the cinema or, at least, on a big telly. But I think Ryan Reynolds has his own fanbase, he’s one of the few movie stars, and Michael Bay has his own fan base so I hope they tune in.

6 Underground is available on Netflix, and it’s a fun time for all. Why not hunker down and enjoy the movie now or with your family over the holidays, because who doesn’t love a good ol’ fashioned action hit?