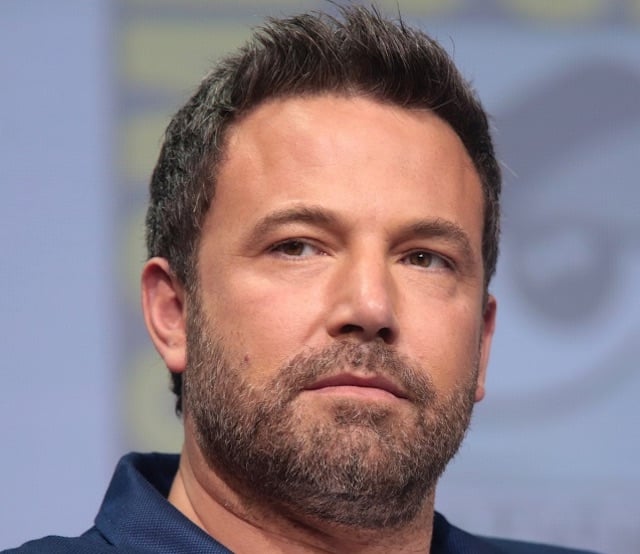 In the wake of Harvey Weinstein’s disgusting reign of sexually predatory behavior being brought into the open through the actions of brave women, men who have worked with and benefited from Weinstein’s favor have been taking to social media to declare their outrage and their ignorance of the behavior that took place.

Ben Affleck, who has worked with Weinstein in the past, released a statement yesterday condemning his actions.

Sadly, Affleck doesn’t have a clean history himself. As one Twitter user brought up, during an interview with TRL, Affleck groped Hilarie Burton, a host and future star of One Tree Hill, on camera.

Watching the clip, yes, Burton is giggling, but the myth that sexual assault only has one reaction is just that: a myth. At the time, Burton was eighteen and the host of a show. Ben Affleck was already a big star. As she states in the tweet below: “I had to laugh back then so I wouldn’t cry.”

Girls. I’m so impressed with you brave ones. I had to laugh back then so I wouldn’t cry. Sending love.

Rose McGowan also took to Twitter to call Affleck a liar, recalling an experience where Affleck came up to McGowan after an incident saying, “I TOLD HIM TO STOP DOING THAT.”

@benaffleck “GODDAMNIT! I TOLD HIM TO STOP DOING THAT” you said that to my face. The press conf I was made to go to after assault. You lie.

During last year’s Oscar season, it was also brought to light that Casey Affleck, brother of Ben, was accused by at least two different women of forms of sexual misconduct. This did not stop Casey Affleck from winning an Oscar and having his brother’s support: an action that many activists saw as enforcing that sexist behavior in an industry that has repeatedly turned a blind eye to the likes of Mel Gibson, Woody Allen, and Roman Polanski.

Ben Affleck’s actions speak louder than his words. We can hope that he has grown since then, but by waiting to be called out and not addressing his own bad behavior, it seems that he’s not exactly upfront about his conduct. Plus, this is the same man who tried to hide the fact that he has slave-owning ancestors, so I’m not holding my breath.